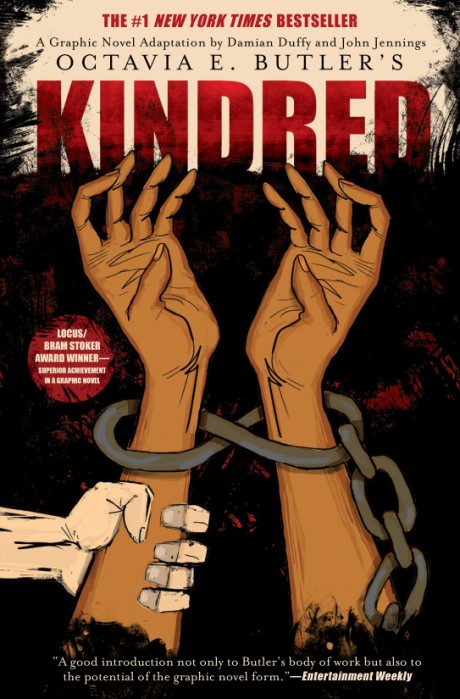 Held up as an essential work in feminist, science-fiction, and fantasy genres, and a cornerstone of the Afrofuturism movement, there are over 500,000 copies of Kindred in print. The intersectionality of race, history, and the treatment of women addressed within the original work remain critical topics in contemporary dialogue, both in the classroom and in the public sphere.

John Jennings is Associate Professor of Visual Studies at the University at Buffalo and has written several works on African-American comics creators. His research is concerned with the topics of representation and authenticity, visual culture, visual literacy, social justice, and design pedagogy. He is an accomplished designer, curator, illustrator, cartoonist, and award-winning graphic novelist, who most recently organized an exhibition/program on Afrofuturism and the Black Comic Book Festival, both at the Schomburg Center for Research in Black Culture at the New York Public Library.