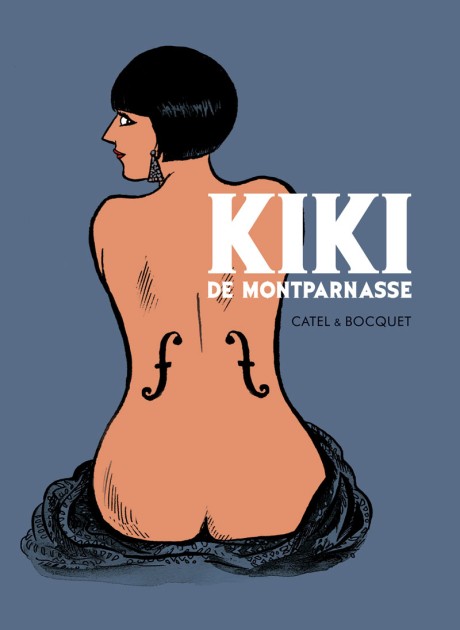 By Catel Muller, and Jose-Luis Bocquet

In bohemian Montparnasse of the 1920s, Kiki escaped poverty to become one of the most charismatic figures of the avant-garde years between the wars. Partner to Man Ray, and one of the first emancipated women of the 20th century, Kiki made her mark with her freedom of style, word, and thought that could be learned from only one school—the school of life.

“The tipsily enthusiastic wobble of Catel’s line work gives even the more emotionally fraught scenes a winning, festive quality.” —New York Times
“The toast of France, Catel Muller and José-Louis Bocquet’s award-winning graphic novel Kiki de Montparnasse (Abrams/SelfMadeHero) . . . seduces American audiences with its artful and heartbreaking portrait of one of the most famous muses of the 20th century.” —VanityFair.com
“An excellent companion to readers of Anaïs Nin, Simone de Beauvoir, and other of Kiki’s less flamboyant contemporaries.” —Booklist