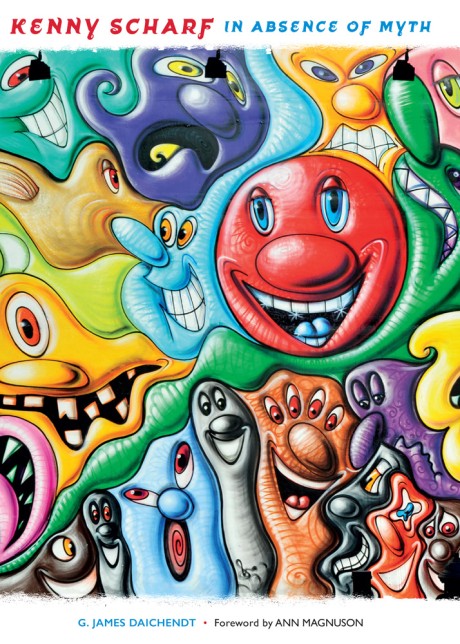 In Absence of Myth

Kenny Scharf's life story is the equivalent of riding a roller coaster. Raised in Southern California, this king of cool eventually packed his bags for New York City, where he became an integral part of an underground East Village art scene that changed the world. His graffiti-inspired paintings, wild performances, and sculptures earned him an international reputation for making art accessible. This meteoric rise involved parties, drugs, sex, and of course rock 'n' roll. Yet there were many unexpected twists and turns, from marriage and family to tragedy and depression. With the advent of AIDS and shifting trends in the art world, Kenny fell from grace and was even mistakenly thought to have passed away along with fellow artists Keith Haring and Jean-Michel Basquiat. Recovering in Florida, raising a family, and eventually returning to California and New York, Kenny Scharf's sporadic, adventurous, and chaotic lifestyle is unimaginable, humbling, yet ultimately redeeming. Patched together like one of his silk screens, this official biography provides a front seat to the glamour, gossip, and the story of an artist who 'made it' once, and his struggle to come back.