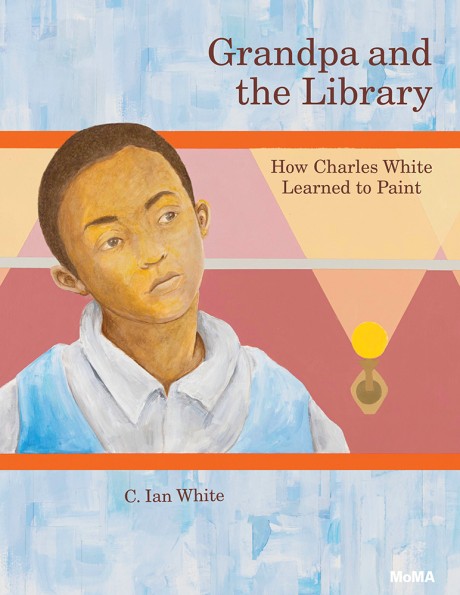 Grandpa and the Library

How Charles White Learned to Paint

Every day, young Charles White’s mother takes him the Chicago Public Library, where the librarians look after him until she picks him up again after work, at six o’clock. At the library Charles looks carefully at the picture books the librarians give him and also at the people around him, later drawing what he sees on scraps of paper at home. He learns to be patient and observant—and, by watching art students painting in the park, how to mix and use oil paints. As he grows into an artist, he paints the people he sees and admires. Ultimately, Charles becomes a great artist whose works now hang in museums throughout the United States. Written and illustrated by White’s son, C. Ian White, and featuring full-color reproductions of Charles White’s artworks, this deeply personal story traces the childhood influences that inspired young Charles to become an artist and a teacher.

C. Ian White is an artist and teacher who lives in Los Angeles with his wife and his son, Gordon. This is his first children’s book.