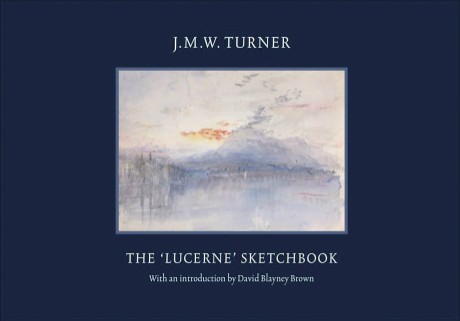 Renowned artist J. M. W. Turner (1775–1851) kept his sketchbooks private. He often used soft-bound “roll” sketchbooks when traveling; he could carry them easily in his pockets. A number survive at Tate in London, and they contain some of his most magical and intensely personal watercolors and sketches. The images in the Lucerne sketchbook capture the beautiful Rigi mountain, a landscape Turner returned to again and again; they are as fresh as when they were made in the 1840s—splashes of watercolor on the cover and smudges on blank facing pages bring the working artist to life. These sketches were made after Turner’s famous 1842 painting The Blue Rigi, Sunrise, and they reveal his masterful hand as he portrays the ever-changing moods of the Swiss Alps, tantalizingly depicted through rainy showers, sunbeams filtering through clouds, and rainbows across the blue mountain peaks. An illustrated introduction by Turner expert David Blayney Brown sets the sketches in context.