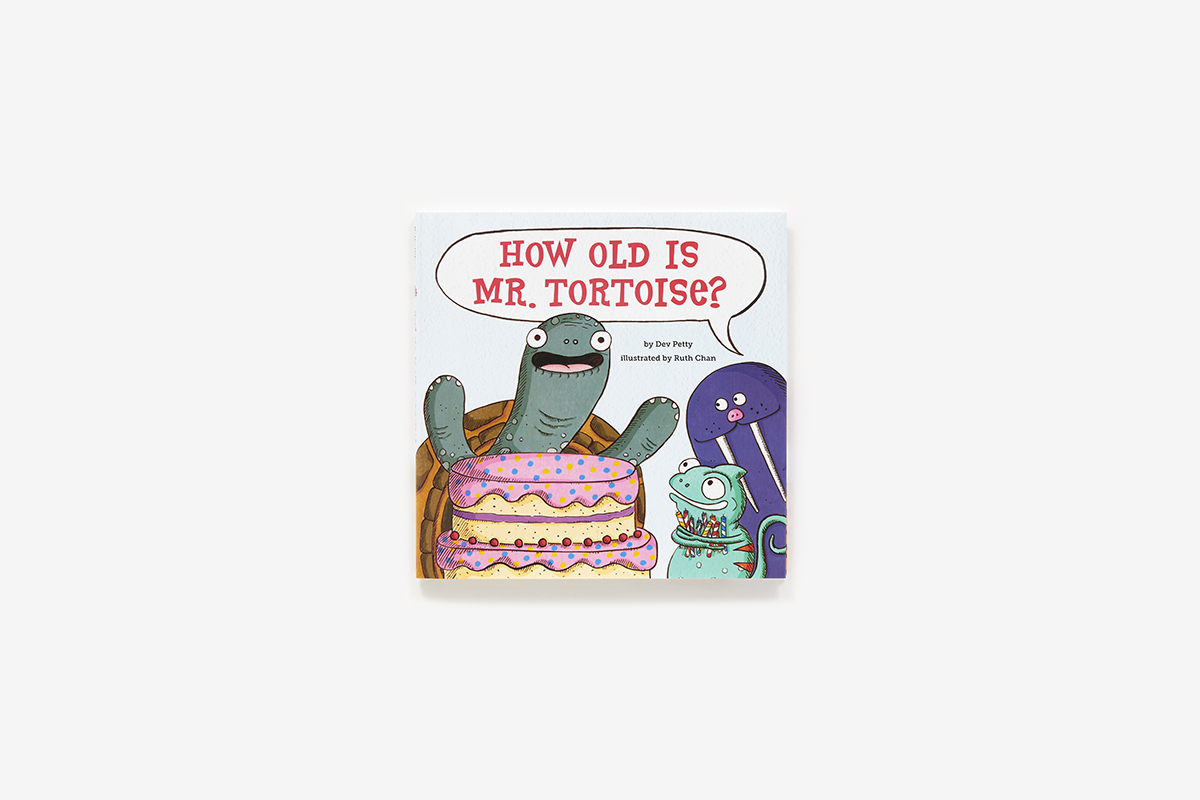 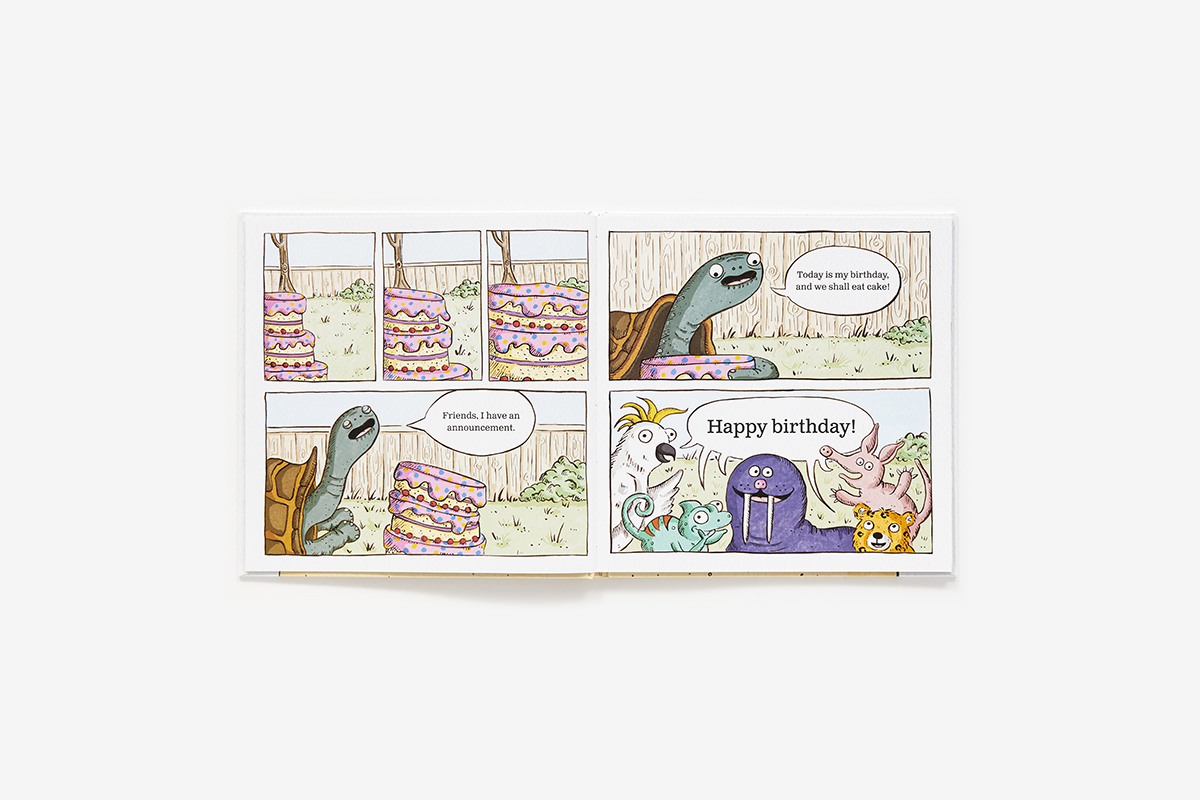 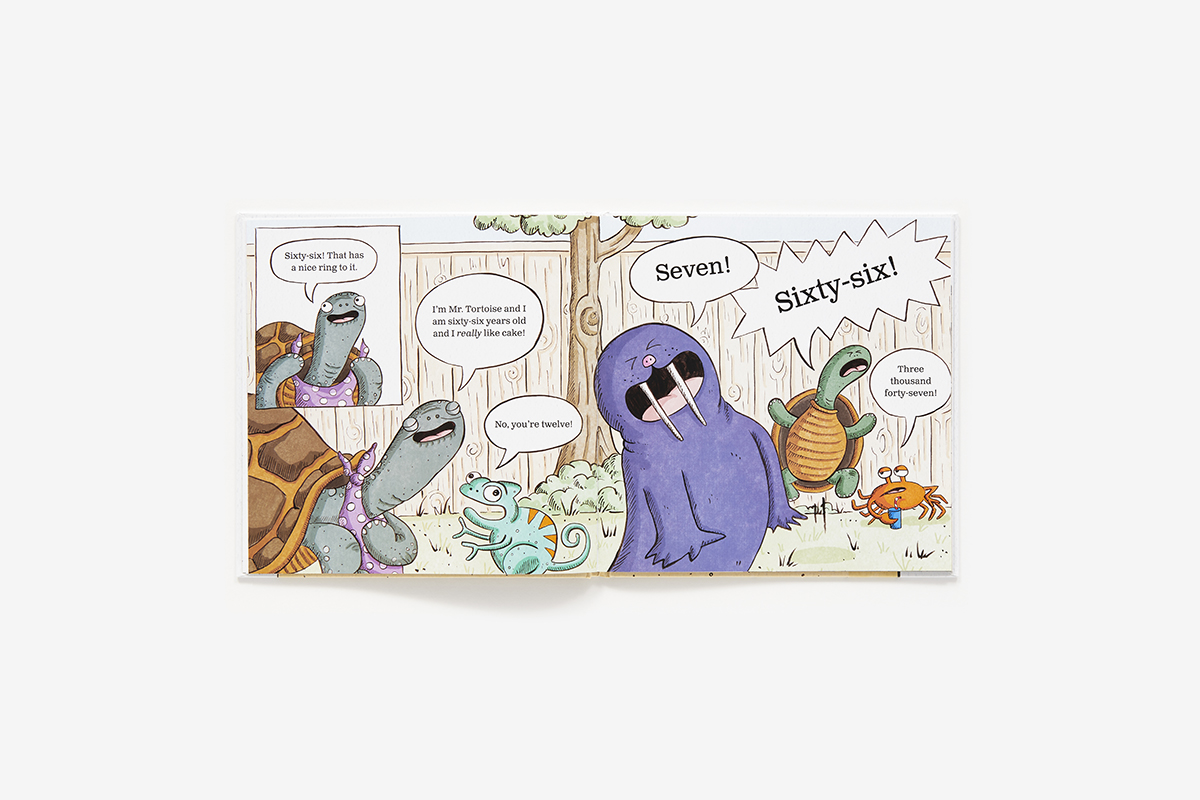 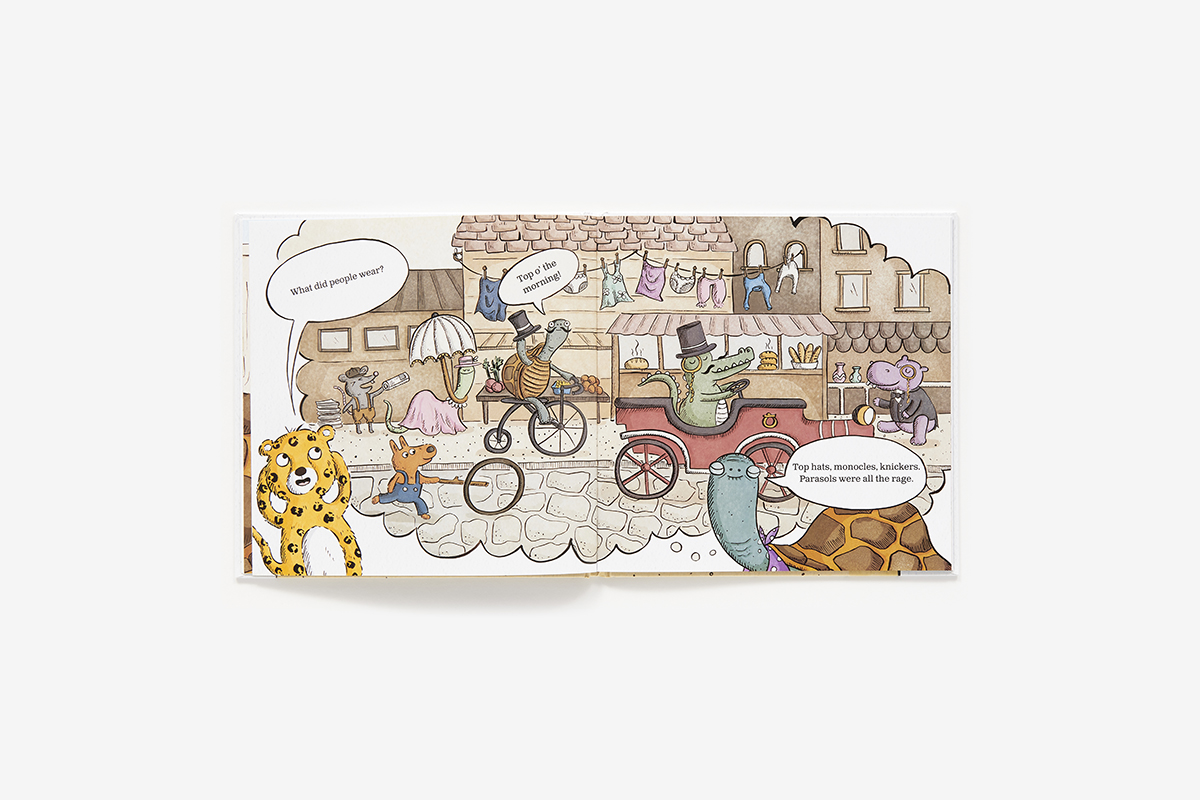 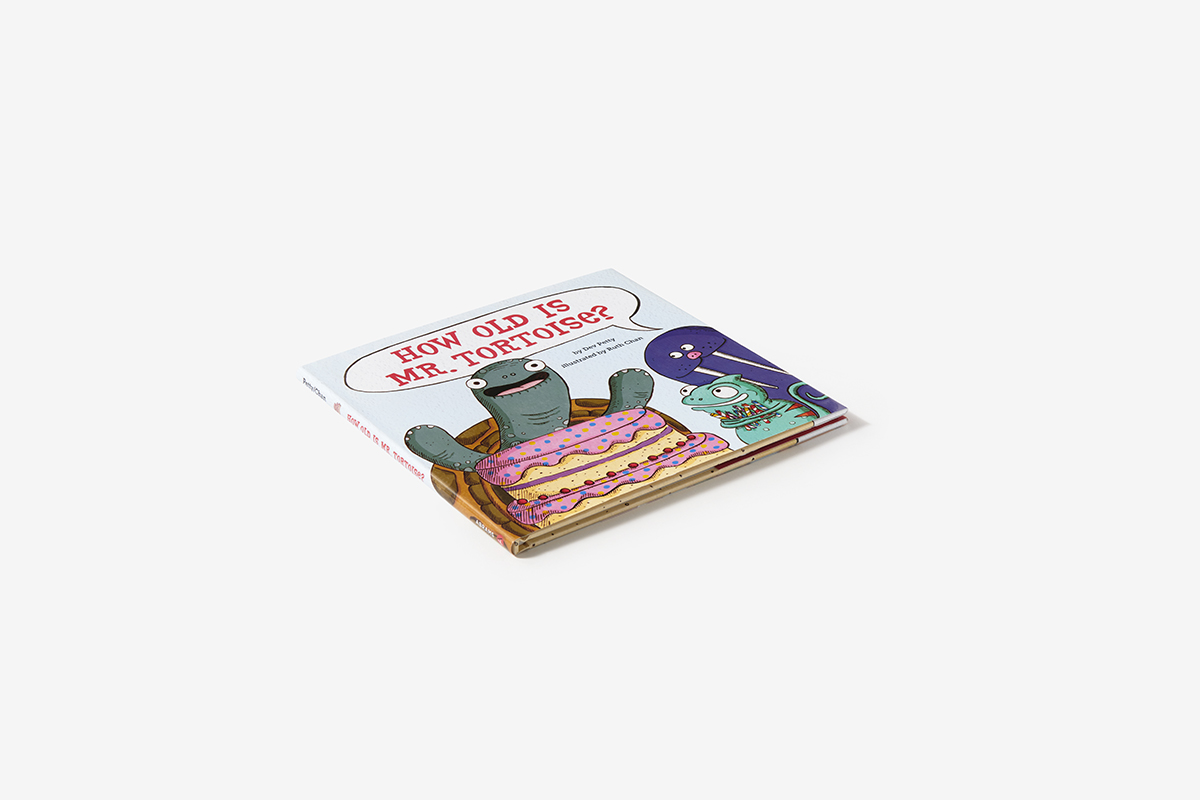 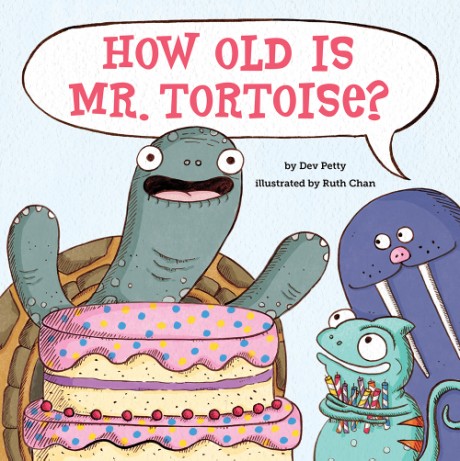 How Old Is Mr. Tortoise?

It’s Mr. Tortoise’s birthday, and he can’t wait to eat cake with his friends. But there’s a hitch! Mr. Tortoise can’t remember how old he is, so his friends don’t know how many candles to put on the cake. And they won’t stop (or slice) until they figure out the mystery.

Could Mr. Tortoise be as many years old as there are sections on his shell? He’s twice as big as the smaller tortoise . . . so is he twice as old? After the partygoers work through a variety of possibilities, they find their way to the answer with a simple bit of addition.

With text from I Don’t Want to Be a Frog author Dev Petty and hilarious graphic novel–style illustrations from Ruth Chan, How Old Is Mr. Tortoise? will have readers guessing the answer from beginning to end.

"Striking the right balance between joyful irreverence and absurd, quirky humor, this provides obvious opportunities both in storytime and classrooms, as the animal pals bring liveliness to a stealthy math lesson. Layout is used effectively, with initial panels that provide structure, then alternate with full spreads that emphasize the humor and whimsy of the story."
The Bulletin of the Center for Children's Books —

"Mr. Tortoise’s emotions, which range from excited to thoughtful to confused to triumphant, dance across his face from panel to panel, and his friends are vibrant with enthusiasm. . .Anyone who’s ever had to wait for a treat will empathize."
The Horn Book Magazine —

Artist Ruth Chan talks her favorite spread from the book

Dev Petty used to be a painter in movies—such as the Matrix films and others—but now she is the author of many books for children, including I Don’t Want to Be a Frog and its companion titles. She lives in the San Francisco Bay Area, and you can find her at DevPetty.com. Ruth Chan spent her childhood tobogganing in Canada and her teens in China before studying art and education, and working with youth and families in underserved communities. She is the author and illustrator of The Alpactory: Ready, Pack, Go! and Thank You, Neighbor! She now writes and illustrates full-time in Brooklyn, New York. Visit ohtruth.com for more info.