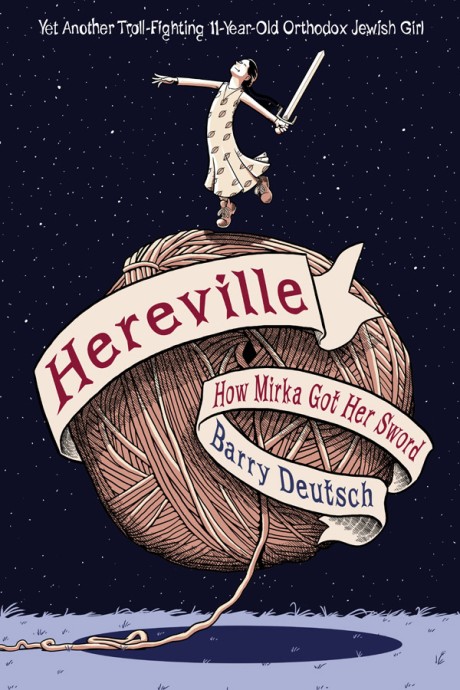 Buy
Hereville
How Mirka Got Her Sword
By Barry Deutsch

Spunky, strong-willed eleven-year-old Mirka Herschberg isn’t interested in knitting lessons from her stepmother, or how-to-find-a-husband advice from her sister, or you-better-not warnings from her brother. There’s only one thing she does want: to fight dragons!

Granted, no dragons have been breathing fire around Hereville, the Orthodox Jewish community where Mirka lives, but that doesn’t stop the plucky girl from honing her skills. She fearlessly stands up to local bullies. She battles a very large, very menacing pig. And she boldly accepts a challenge from a mysterious witch, a challenge that could bring Mirka her heart’s desire: a dragon-slaying sword! All she has to do is find—and outwit—the giant troll who’s got it!

Accolades and Praise for Hereville: How Mirka Got Her Sword

"A terrific story, told with skill and lots of heart."--Publishers Weekly, starred review

Barry Deutsch attended the School of Visual Arts in New York City, and Portland State University. He won the national Charles M. Schulz Award for Best College Cartoonist in 2000 and was nominated for the 2008 Russ Manning Award for Promising Newcomer. He lives in Portland, Oregon. Visit him online at www.hereville.com.