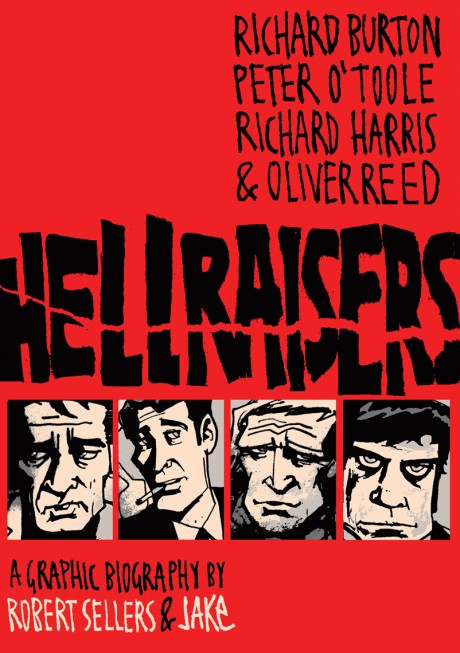 Raise a glass to the story of four of the greatest actors—and boozers—of all time: Richard Burton, Richard Harris, Peter O'Toole, and Oliver Reed. This inventive graphic work seamlessly weaves their four biographies into one fast-paced adventure of drunken binges, orgies, parties, and fun. The story begins at a London pub one sorry Christmas and is told through the eyes of Martin, a wannabe hellraiser sitting at the end of the bar alone, drinking himself into oblivion. He's joined in turn by Burton, Harris, Reed, and O'Toole, who take Martin on tours of their tumultuous childhoods, rises to stardom, and chaotic personal lives.

"In the hands of less talented creators, this book would be a boring mess. But it's the exact opposite." —Boing Boing

Robert Sellers is the author of several celebrity biographies, including the original hardcover Hellraisers: The Life and Inebriated Times of Richard Burton, Richard Harris, Peter O’Toole, and Oliver Reed, as well as books on Sting, Tom Cruise, and the film industry. He lives in St. Albans, England. JAKe is an artist whose work has appeared in Esquire and Time Out; he also worked for LucasFilm on Star Wars and Indiana Jones. He lives in London, England.