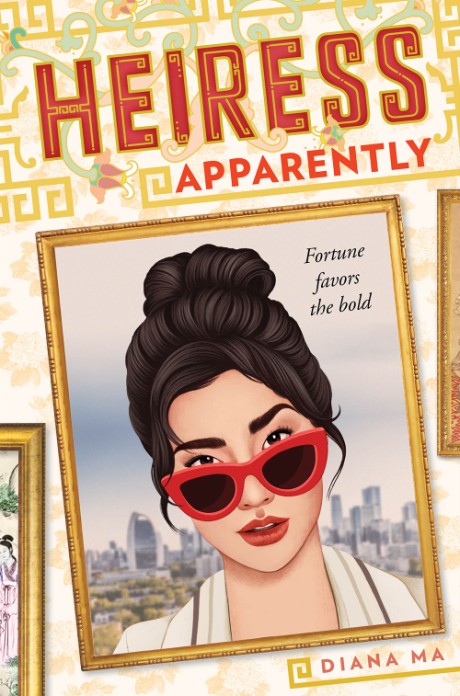 Heiress Apparently (Daughters of the Dynasty)

The epic first novel in a sweeping series following the romantic lives and intrigues of the fictionalized descendants of a Chinese empress—now in paperback!

Behind every great family lies a great secret.

There’s one rule in Gemma Huang’s family: Never, under any circumstances, set foot in Beijing. But when Gemma, an aspiring actress, lands her first break—a lead role in an update of M. Butterfly, which just so happens to be filming in the Chinese capital—Gemma heads to LAX without looking back. It’s an amazing opportunity for her burgeoning career, and she’ll get to work with her idol. Of course, there’s also the chance of discovering just exactly why she’s been forbidden from entering the city in the first place. When Gemma arrives in Beijing, she’s instantly mobbed by paparazzi at the airport. She quickly realizes she may as well be the twin of Alyssa Chua, one of the most notorious young socialites in Beijing. Thus kicks off a season of revelations and romance in which Gemma uncovers a legacy her parents have spent their lives protecting her from—one her mother would conceal at any cost.

"More than a cute rom-com, this novel highlights LGBTQ+ rights, contemporary attitudes held by Chinese citizens, Chinese history, Hollywood’s ethnic prejudices, and pride in culture and family. . . this is a fun start to a promising series."
Booklist —