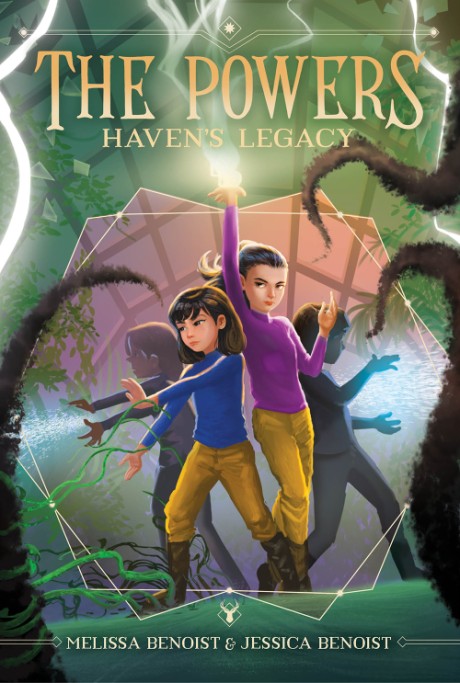 By Melissa Benoist and Jessica Benoist-Young

The thrilling and heartfelt second book in The Powers, a sweeping middle-grade fantasy series from Supergirl’s Melissa Benoist and her sister, the writer Jessica Benoist

When Parker and Ellie McFadden’s mysterious aunt Sadie shows up in the aftermath of the dramatic events at Haven House, they realize their world is about to get a lot bigger. They’ve been invited to join an underground society called the Sentry, a group comprised of powerful individuals tasked with protecting the planet. At Mountain Harbor, a summer training camp for junior members of the Sentry, Ellie and Parker will be given a chance to hone their newly realized abilities in a secure space. It’s what Sadie wants them to do, since she needs their help with an important and cryptic mission as soon as they’re ready.

But Mountain Harbor is not what it seems. Though Sadie promised the girls protection, the Danger—a smoky, tentacled being born of greed and chaos—has broken free of the forests surrounding Haven to follow Parker and Ellie to Mountain Harbor. The twins must rely on their new friends and teachers to help them defeat the fearsome threat and uncover the truth behind Sadie’s mysterious assignment. But most of all, they will have to rely on each other.

Melissa Benoist is an American actress based in Los Angeles who is best known for her roles in Glee, Whiplash, and Supergirl (in which she plays Supergirl). She and Jessica Benoist, her sister, are lifelong readers of science fiction and fantasy and are particularly passionate about using fantasy as a vehicle for making topical themes accessible to young readers. She lives in Kansas.