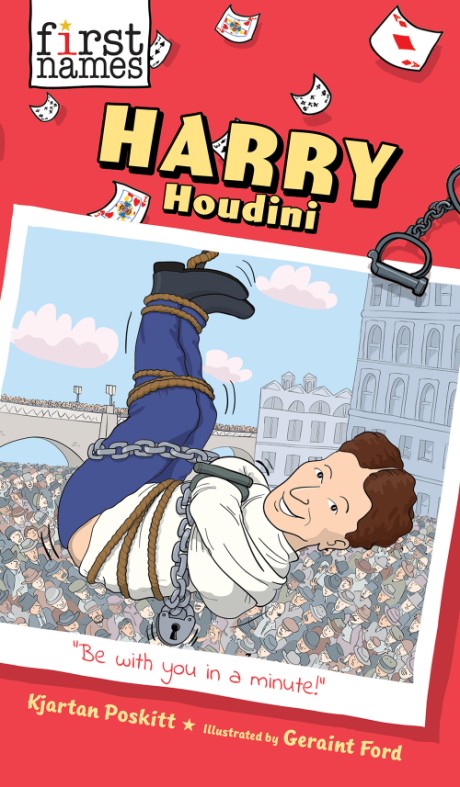 **STARRED REVIEW**
"In line with the series premise and overall informal tone, the author refers to him throughout as "Harry" (his stage name). Andrew Prentice does likewise for his free-spirited subject in the co-published Amelia Earhart (illustrated by Mike Smith), taking "Amelia" (or, in childhood chapters, "Millie") from homemade backyard roller coaster to final disappearance . . . Together with its companion, stimulating portraits of two colorful, driven historical figures."
— Kirkus Reviews

"This informative biography is a chatty and engaging read for the uninitiated as well as for those who thought they knew everything about one of the greatest magicians of all time."
— Booklist

"A lighthearted and easy look at some of the world’s most famous celebrities . . . The illustrations may prove to be comforting for fiction readers who enjoy diary style series like Jeff Kinney’s Diary of a Wimpy Kid and Rachel Renée Russell’s Dork Diaries."
— School Library Journal