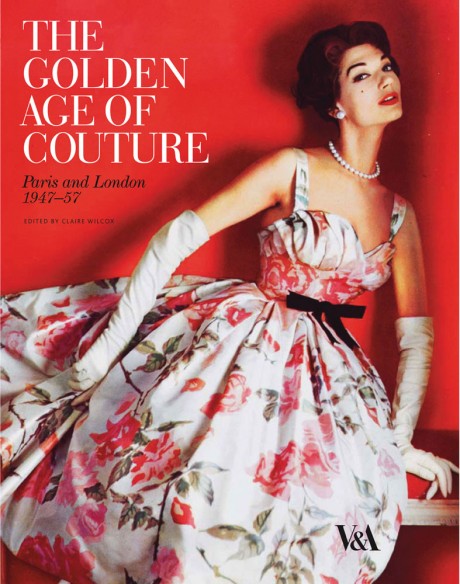 The Golden Age of Couture

In 1947, Christian Dior's "New Look" was greeted with both shock and delight, making headlines around the world. Accompanying the exhibition opening at the Victoria and Albert Museum in September 2007, this lavish book focuses on Parisian and British couture between 1947 and 1957, the decade Dior hailed as fashion's "golden age."

The "New Look" symbolized a new femininity. The full skirts and hourglass silhouettes were considered highly decadent, synonymous with luxury and prosperity, in marked contrast to the austerity of the WWII years. Nevertheless, the "New Look" caught the public imagination and ushered in a period of remarkable creativity. The Golden Age of Couture features stunning gowns and exquisite tailoring from Dior as well as from such designers as Balenciaga, Balmain, and Givenchy, along with evocative photographs by the likes of Richard Avedon and Cecil Beaton.

This beautifully designed book reveals the skill and craftsmanship of haute couture along with the inner workings of the exclusive design houses, and the inspiration behind some of the most famous styles of all time.

Claire Wilcox is Senior Curator in the V&A’s Textiles & Fashion department. She curated the highly successful exhibitions Vivienne Westwood, The Art and Craft of Gianni Versace, and Radical Fashion, and edited the accompanying books.