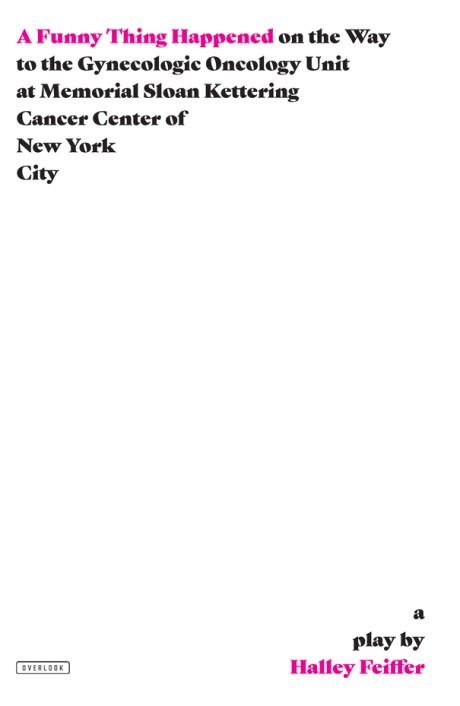 "I've been single for so long, I've started having sexual fantasies about my vibrator," riffs Karla for her captive, cancer-ward audience. The patients—her mother, who's recovering from surgery for ovarian cancer, and her roommate behind the curtain, aren't laughing—or even awake—but there's someone else in the room . . .In Halley Feiffer's " painfully irresistible" (The New York Times) new play, a foul-mouthed twenty-something comedian and a middle-aged man embroiled in a nasty divorce are brought together unexpectedly when their cancer-stricken mothers become roommates in the hospital. Together, this unlikely duo must negotiate some of life's biggest challenges . . . while making some of the world's most inappropriate jokes. Can these two very lost people learn to laugh through their pain and lean on each other when all they really want to do is run away? In A Funny Thing Happened on the Way to the Gynecologic Oncology Unit at Memorial Sloan Kettering Cancer Center of New York City, Halley Feiffer slays in a work that's dark and disturbing and yet totally hilarious. The acclaimed world premiere at MCC Theater featured Beth Behrs, Erik Lochtefeld, Lisa Emery, and Jacqueline Sydney, and was directed by Trip Cullman.