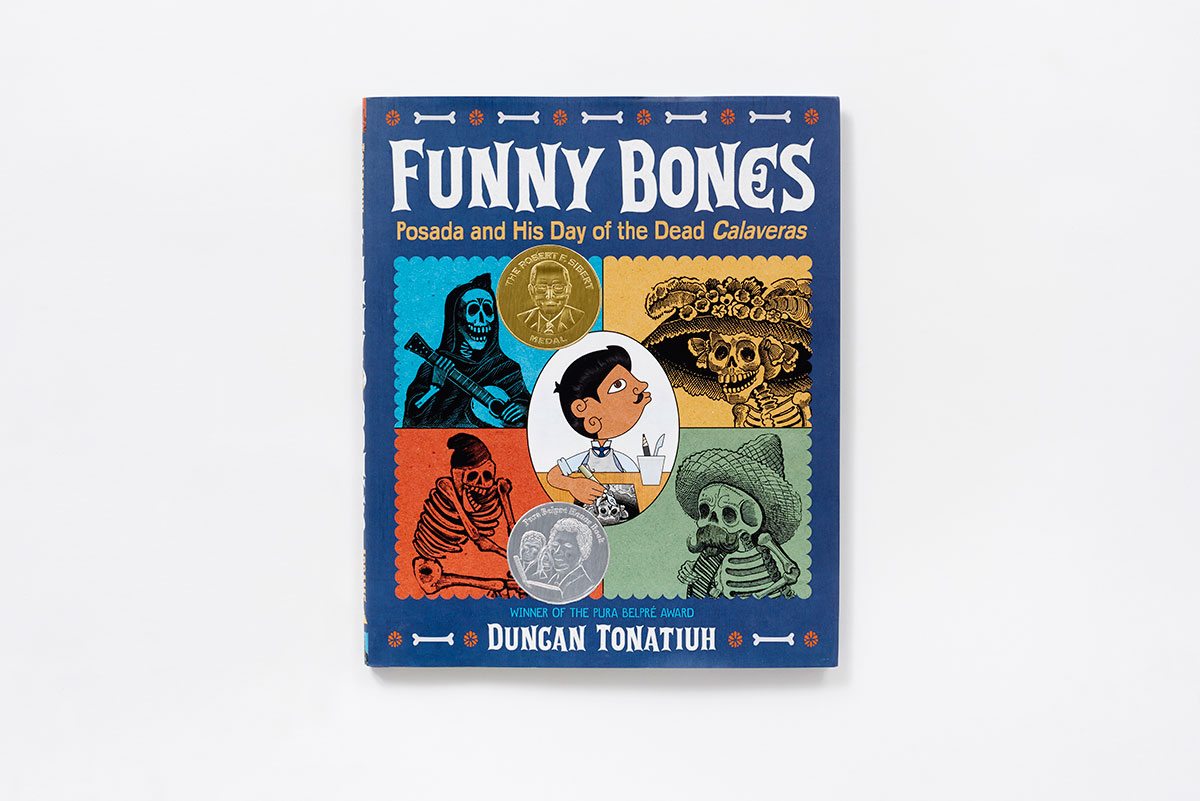 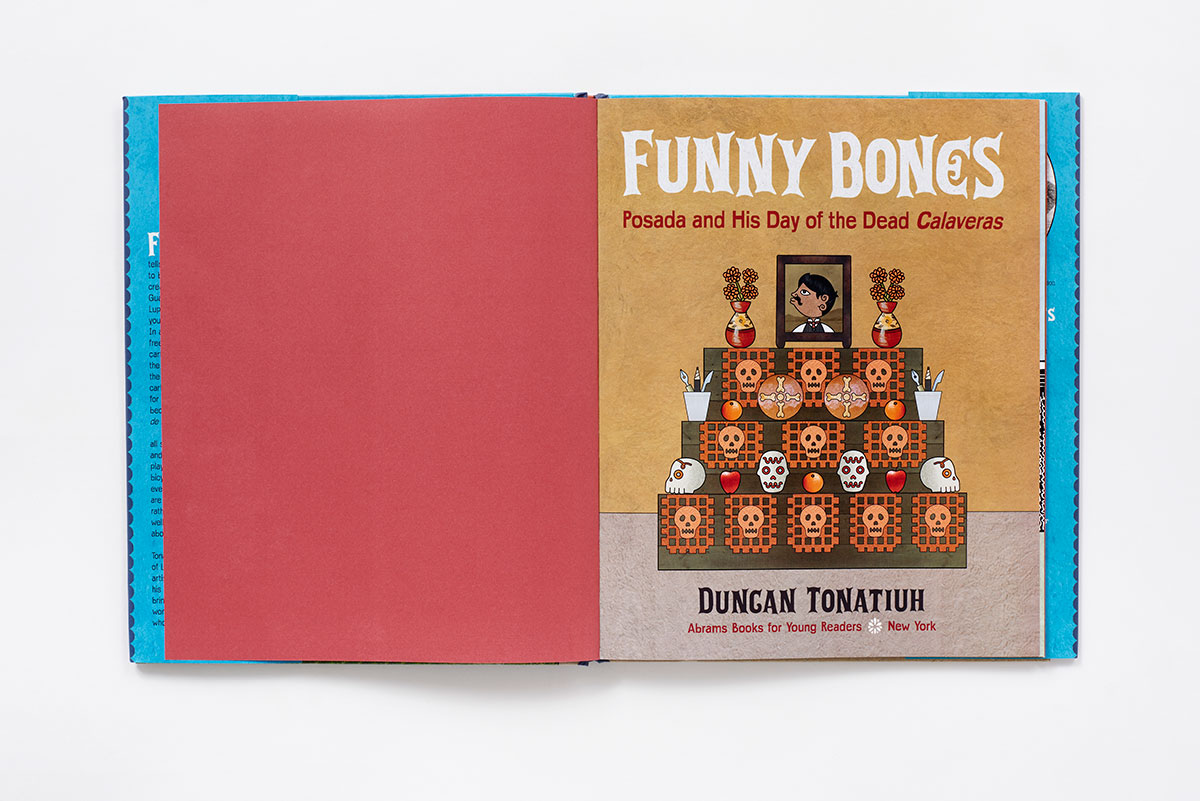 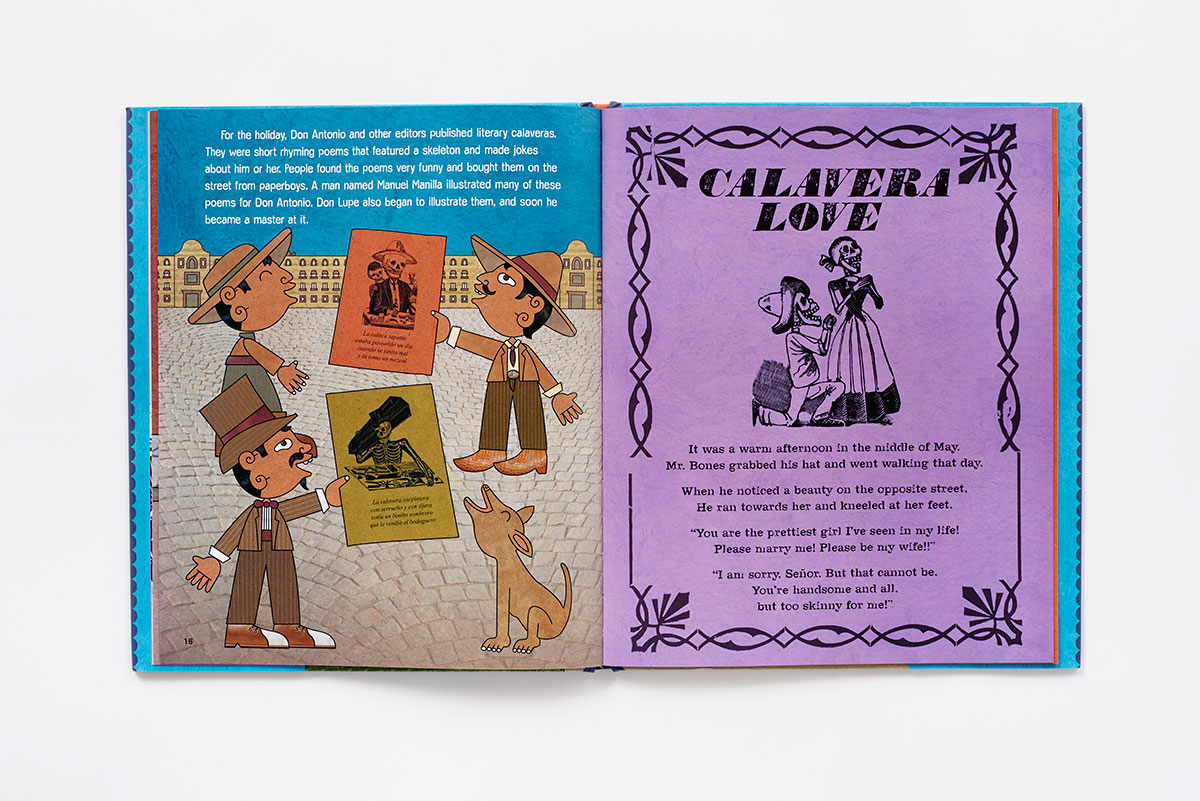 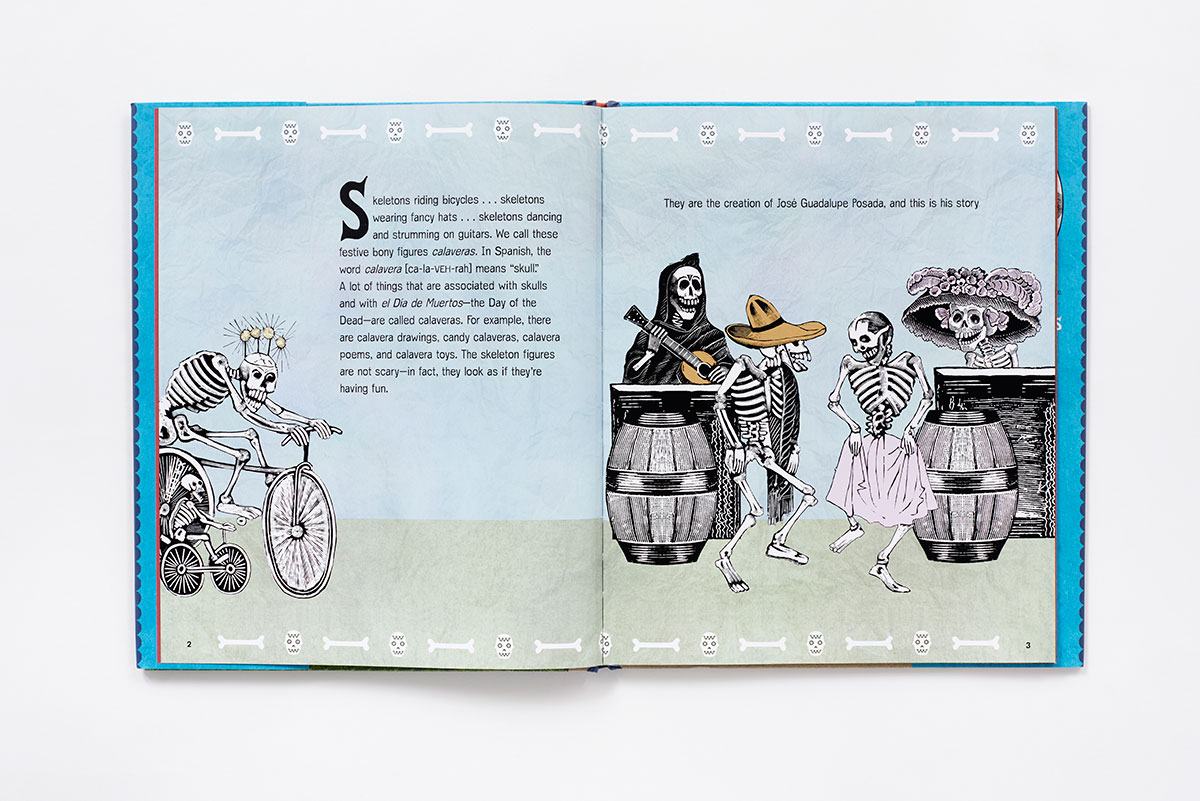 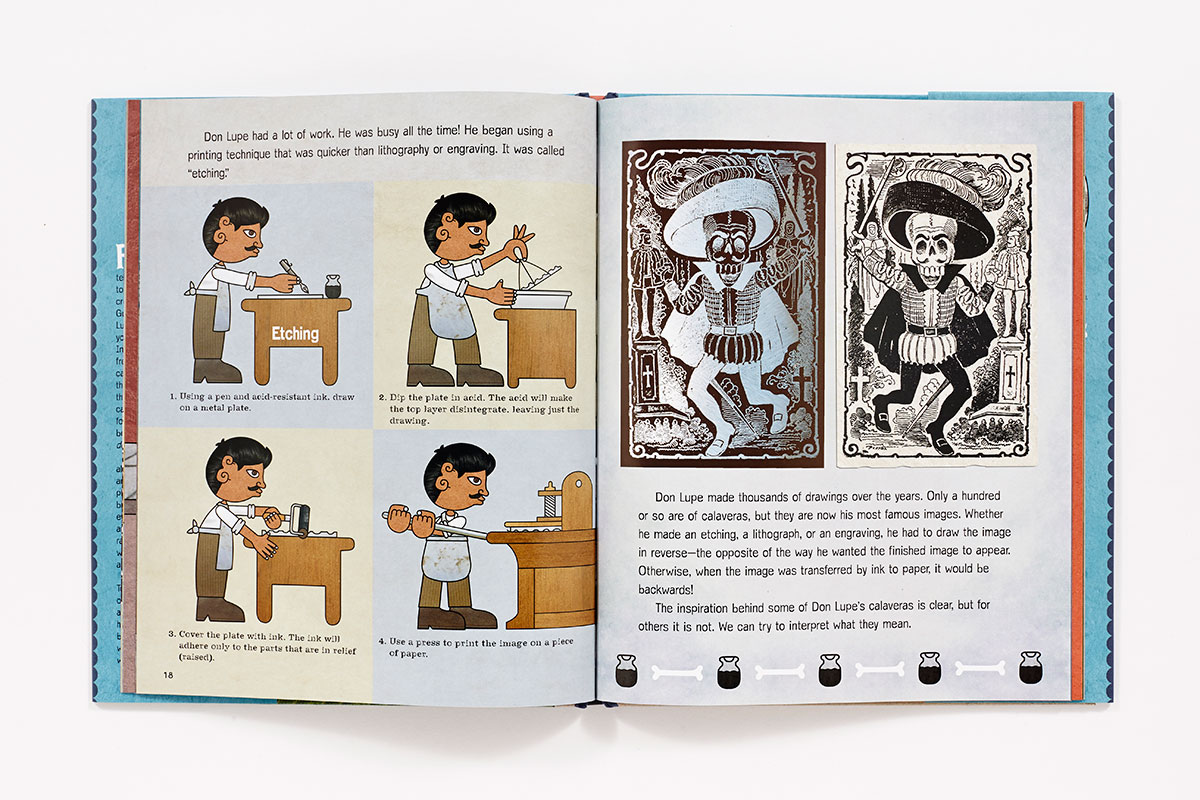 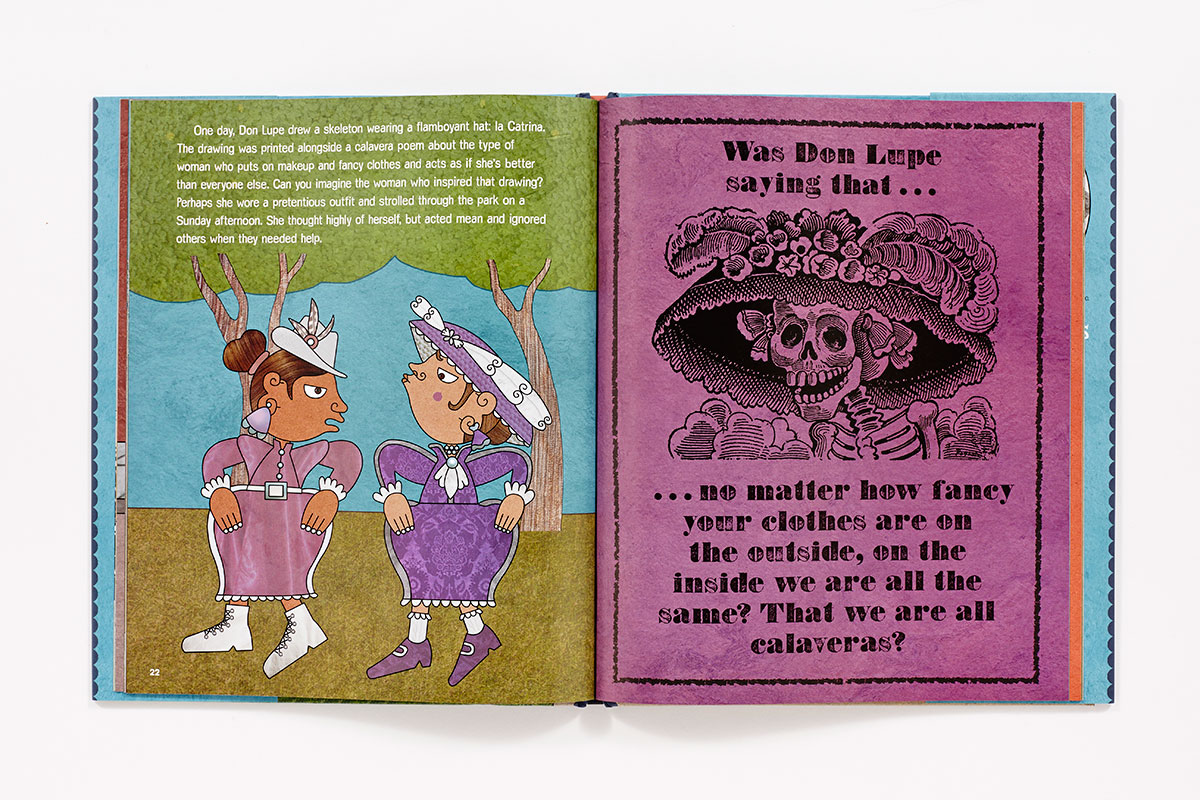 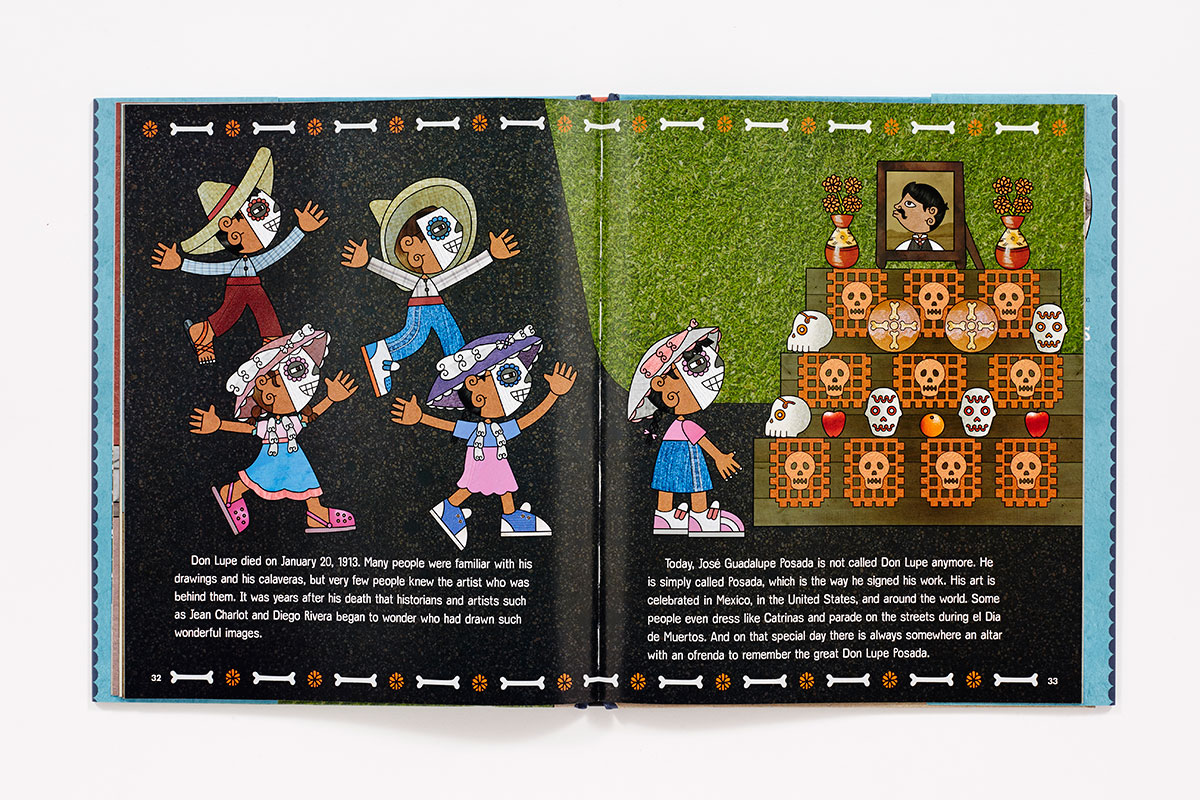 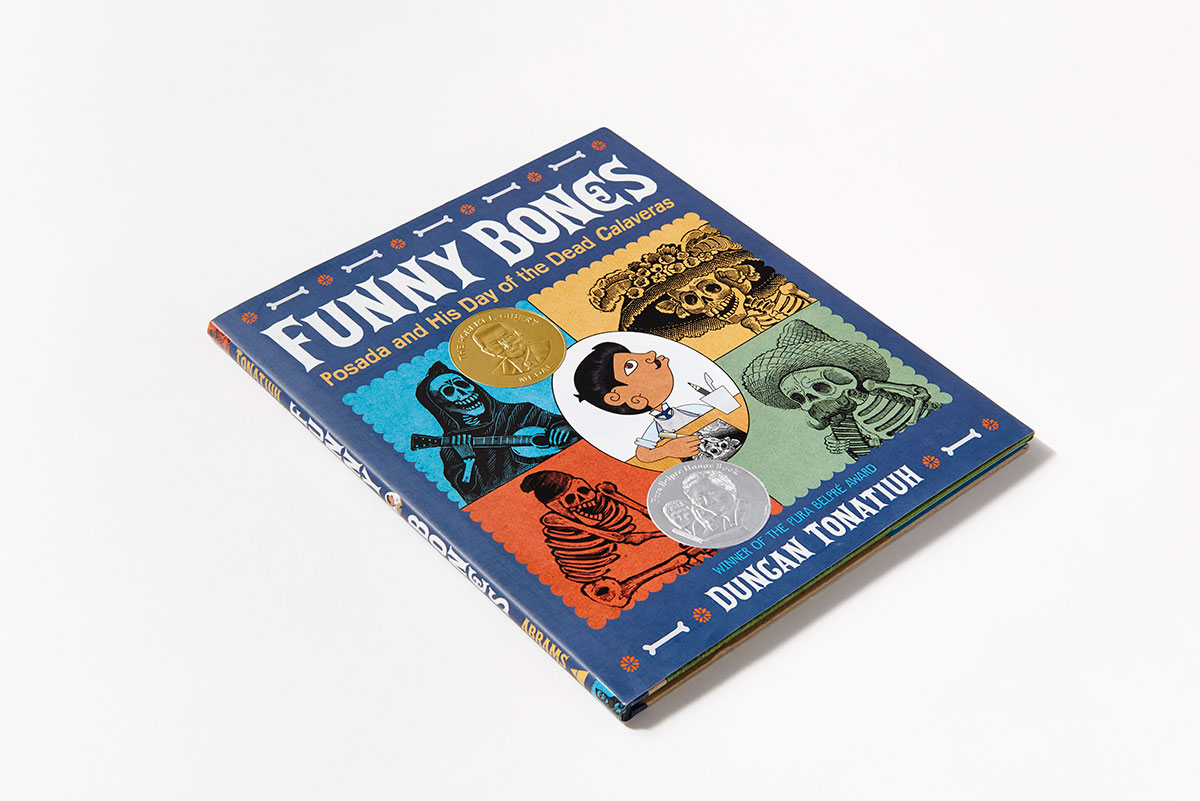 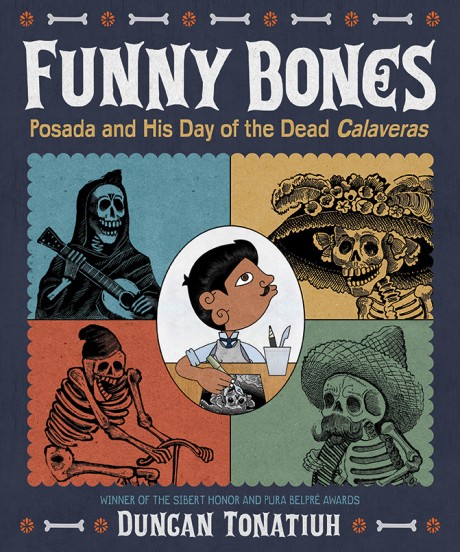 Posada and His Day of the Dead Calaveras

Funny Bones tells the story of how calaveras came to be. The amusing figures are the creation of Mexican artist José Guadalupe (Lupe) Posada (1852–1913). Lupe learned the art of printing at a young age and soon had his own shop. In a country that was not known for freedom of speech, he drew political cartoons, much to the amusement of the local population but not that of the politicians. He continued to draw cartoons, but he is best known today for his calavera drawings. They have become synonymous with Mexico’s Día de Muertos festival.

Calaveras are skeletons performing all sorts of activities, both everyday and festive: dancing in the streets, playing instruments in a band, pedaling bicycles, promenading in the park, and even sweeping the sidewalks. They are not intended to be frightening, but rather to celebrate the joy of living as well as provide humorous observations about people.

Award-winning author and illustrator Duncan Tonatiuh relates the pivotal moments of Lupe’s life and explains the different artistic processes he used. Juxtaposing his own artwork with Lupe’s, Tonatiuh brings to light the remarkable life and work of a man beloved by many but whose name has remained in obscurity.

Duncan Tonatiuh was born in Mexico City and grew up in San Miguel de Allende, Mexico, where he now lives. He travels extensively in the U.S., visiting schools, libraries, and bookstores.