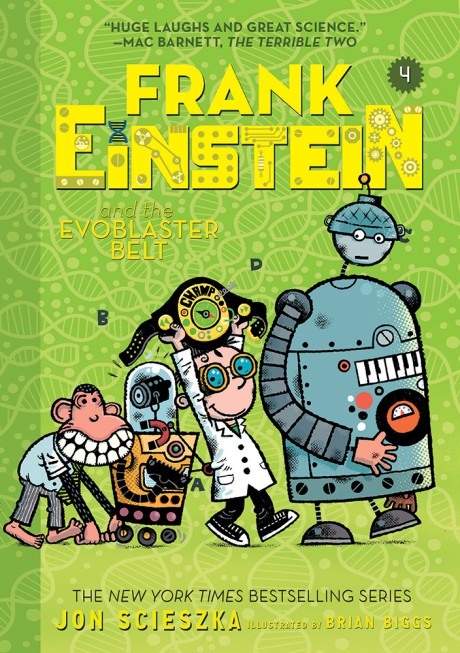 In the fourth book in the New York Times bestselling Frank Einstein series, kid genius, scientist, and inventor Frank Einstein, along with his best friend, Watson, team up with robots Klink and Klank to compete with T. Edison. This time, they go on a quest to unlock the power behind the science of life with Frank’s newest invention—the EvoBelt—which allows the user to evolve (and devolve) into other life forms, blasting from one species to another.

Jon Scieszka’s books include The Stinky Cheese Man and Other Fairly Stupid Tales, Battle Bunny, and the Time Warp Trio and Spaceheadz series. He lives in Brooklyn. frankeinsteinbooks.com

Brian Biggs’s picture books include Everything Goes and the brand-new series Tinyville Town. He lives in Philadelphia. mrbiggs.com