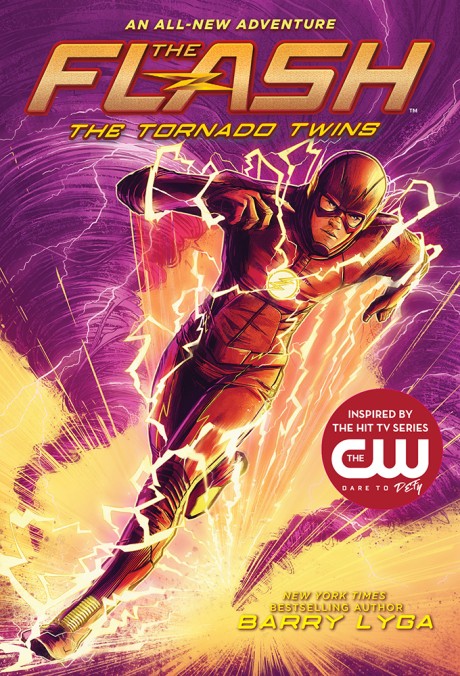 Buy
The Flash: The Tornado Twins (The Flash Book 3)
By Barry Lyga

Barry Allen has run many places, at speeds not humanly possible, into the past and across the multiverse. But now he has to do the impossible: run into the future. To the 64th century, to be exact, where he must uncover Hocus Pocus’s secrets and face the evil Abra Kadabra. Meanwhile, on Earth 1, in the present, Kid Flash continues to investigate Earthworm, hoping to stop him before he strikes again. Plus, the team has to band together to try to save Barry’s job at CCPD. Good thing Team Flash believes that the impossible is just another exciting challenge.

Barry Lyga is the author of the New York Times bestselling I Hunt Killers series and many other titles for young adults. A self-proclaimed Flash fanatic, Lyga hosts podcasts near New York, where he lives with his family. Follow him online at barrylyga.com.