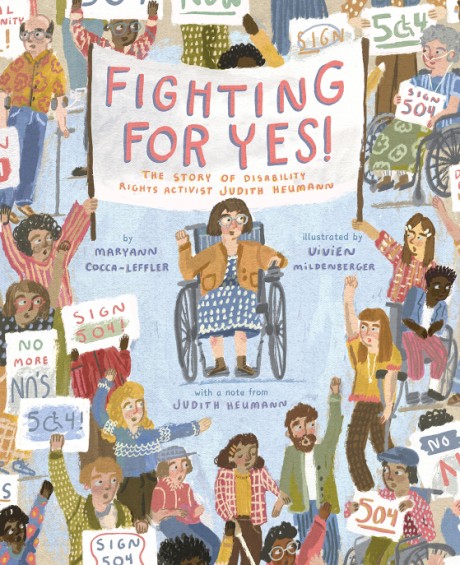 A picture book biography celebrating the life and work of disability rights activist and icon Judith Heumann, highlighting one of her landmark achievements—leading the historic 504 Sit-in in 1977

From a very young age, Judy Heumann heard the word NO. When she wanted to attend public school, the principal said, "NO." When she wanted her teaching license, the New York Board of Education said, "NO." Judy and people with disabilities everywhere were tired of hearing “NO.”

In the 1970s an important disability rights law, Section 504 of The Rehabilitation Act of 1973, was waiting to be signed. Judy and other disability rights activists fought for “YES!” They held a sit-in until Section 504 was signed into law. Section 504 laid the foundation for the Americans with Disabilities Act, which was established thanks in large part to the ongoing work of Judy and her community.

Along with a personal reflection from Judy herself, this picture book biography captures the impact and influence of one of America’s greatest living activists.

"Illustrations combine gouache painting and digital art to bring Heumann and her allies to life. . . an informative portrait of an under-recognized activist.
Booklist — 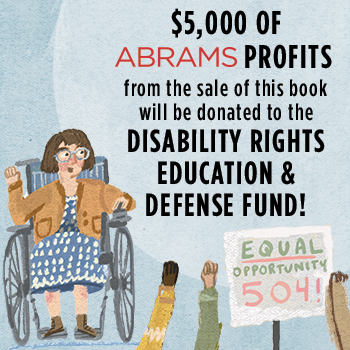 Maryann Cocca-Leffler is an award-winning author and illustrator of more than 65 books for children, including The Power of Yet and We Want to Go to School! The Fight for Disability Rights. She lives and works in Portland, Maine. Visit her at www.maryanncoccaleffler.com. Vivien Mildenberger is the illustrator of a number of books for children, including All in a Drop and The Voice that Won the Vote. She lives on a lovely farm just outside of Nashville, where she works on her illustrations, pottery, and other general magic-making.