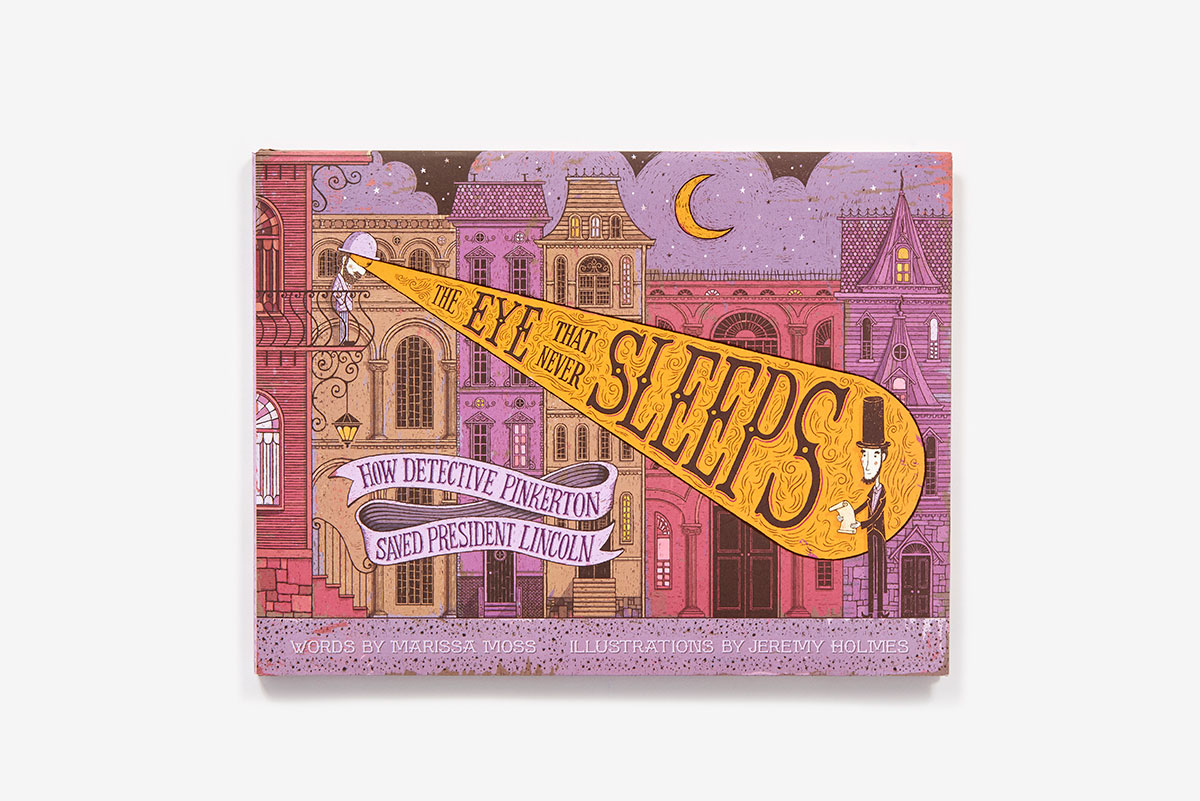 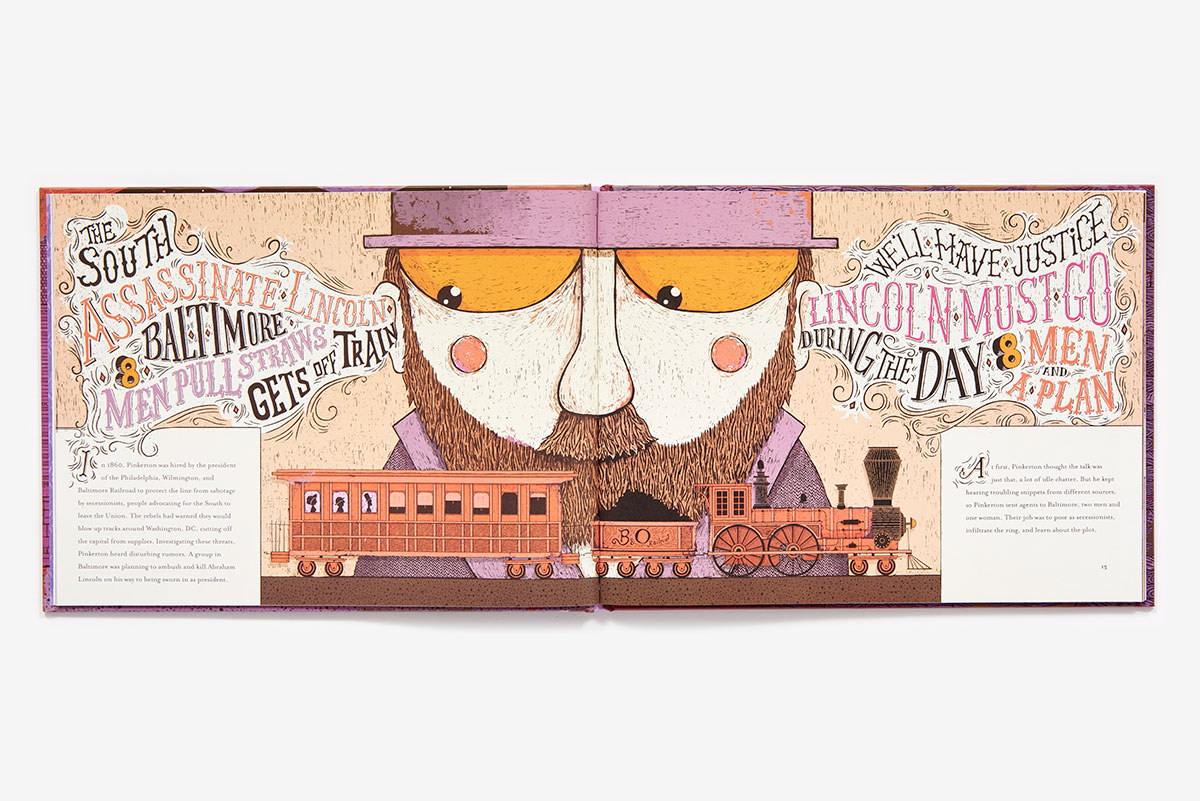 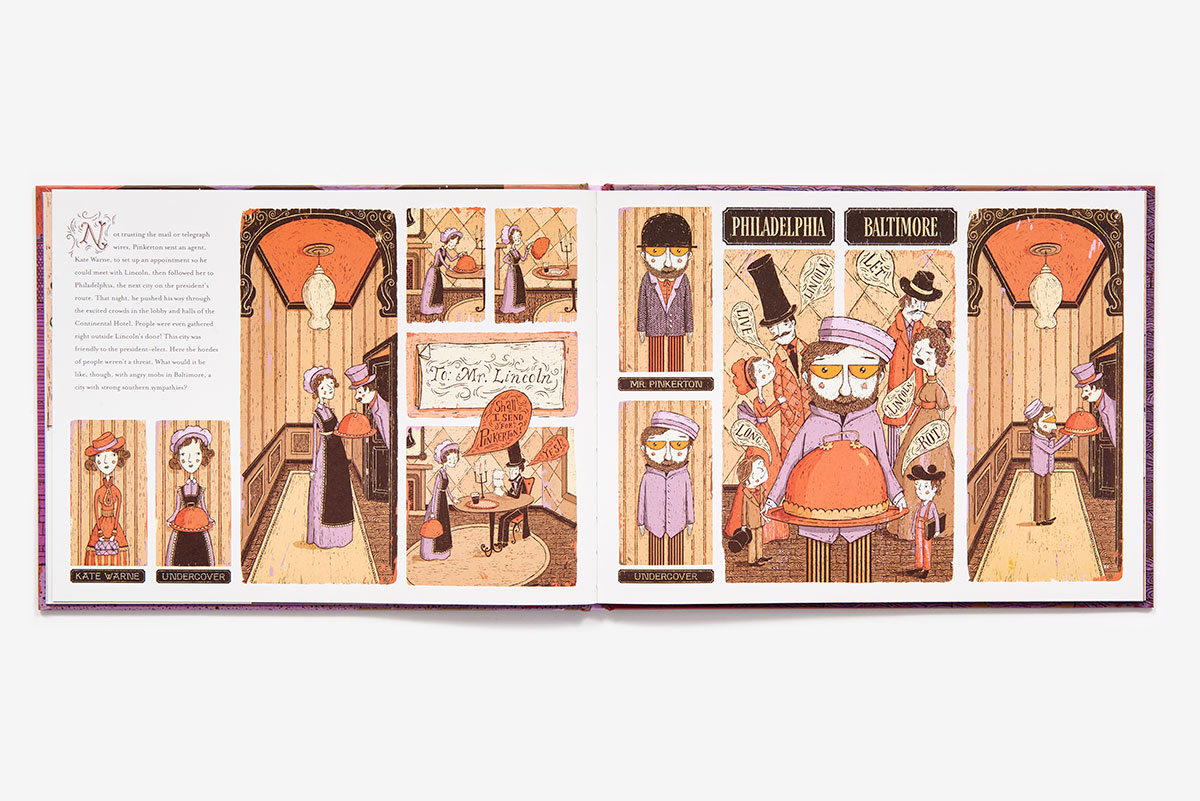 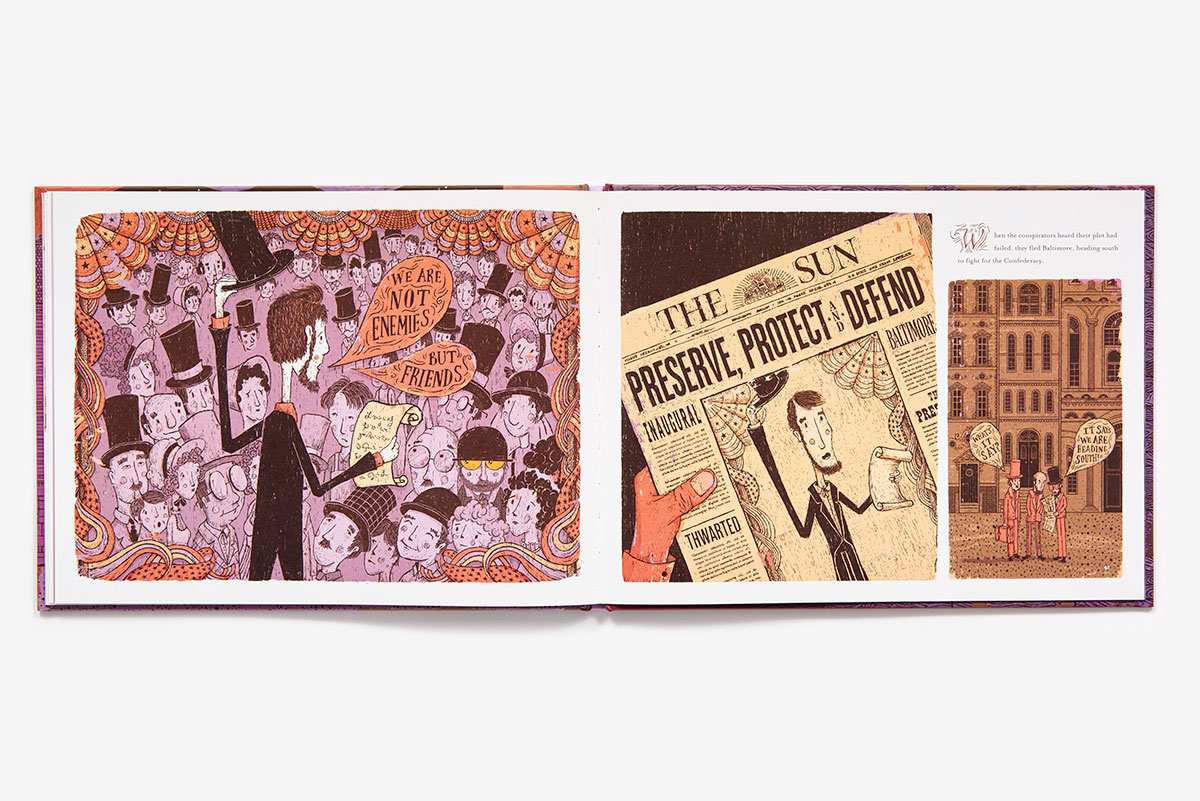 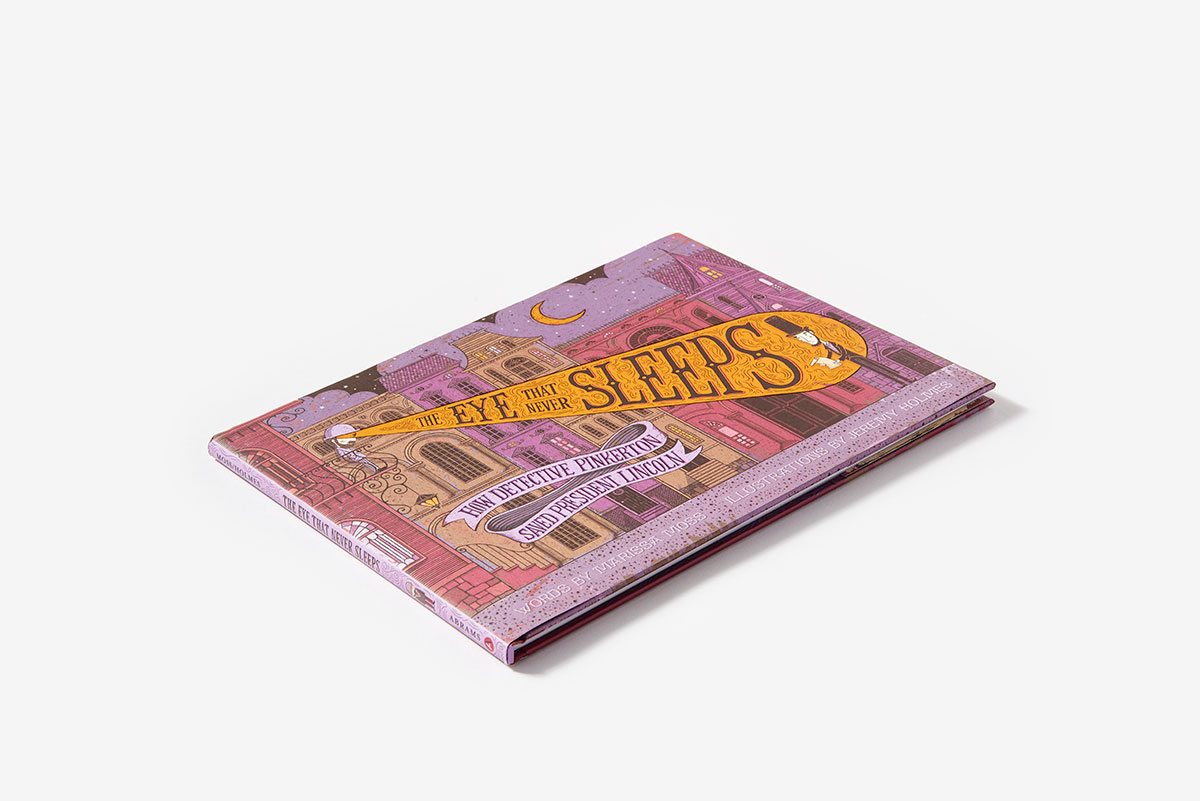 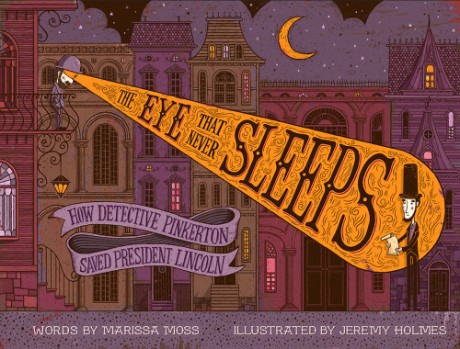 The Eye That Never Sleeps

From award-winning author Marissa Moss comes the first children’s book about Allan Pinkerton, one of America’s greatest detectives. Everyone knows the story of Abraham Lincoln, but few know anything about the spy who saved him! Allan Pinkerton’s life changed when he helped the Chicago Police Department track down a group of counterfeiters. From there, he became the first police detective in Chicago and established the country’s most successful detective agency. He went on to solve more than 300 murders and recover millions of dollars in stolen money. However, his greatest contribution was protecting Abraham Lincoln on the way to his 1861 inauguration. Though assassins attempted to murder Lincoln en route, Pinkerton foiled their plot and brought the president safely to the capital. The Eye That Never Sleeps is illustrated with a contemporary cartoon style, mixing art and text in a way that appeals to readers of all ages. The book includes a bibliography and a timeline.

**STARRED REVIEW**
"Holmes (Secrets of the Dragon Tomb) employs a digital scratchboard technique for a woodcut look; the detailed illustrations invite detectivelike inspection, while the limited color palette and multi-paneled spreads evoke a graphic novel style . . . With a narrative that moves along effortlessly, his history of the company whose eyeball logo inspired the term “private eye” will keep aspiring sleuths hooked with its intrigue."
Publishers Weekly —

**STARRED REVIEW**
"The real deal for history enthusiasts."
The Bulletin of the Center for Children's Books —

"Moss evokes a mysterious and exciting old-fashioned tale of espionage here. Holmes’s carefully researched artwork, which he explains in a note, was inspired by newspaper mastheads, period fashion, and even board games from the era . . . A great pick for kids who can’t get enough spy stories."
School Library Journal —

"Moss' prose is clear and engaging, filled with intriguing details . . . a thorough and compelling introduction to Pinkerton's work."
Kirkus Reviews —

Marissa Moss is the bestselling author of the Amelia series, Barbed Wire Baseball, and Nurse, Soldier, Spy. She lives in Berkeley, California. Jeremy Holmes has illustrated a number of children’s books, including the Templeton Twins series and There Was an Old Lady Who Swallowed a Fly. He lives in Abington, Pennsylvania.