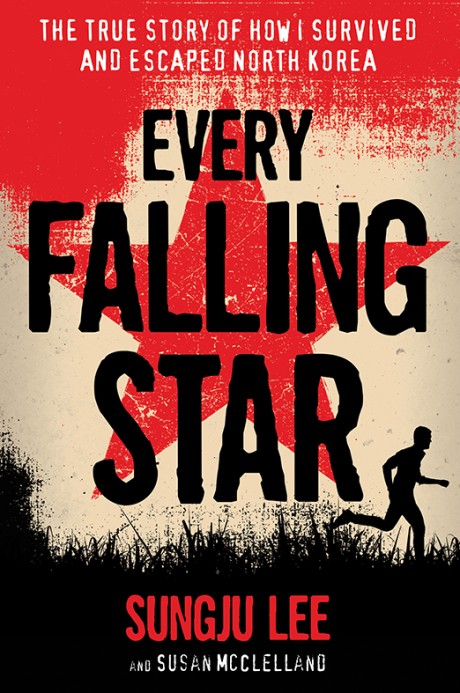 The True Story of How I Survived and Escaped North Korea

“Presents North Korea as a horrifying real-life dystopia. The book, the first of its kind aimed at young adults, is a first-person account of what it is like to be born and raised in a terrifying environment.” —The Guardian

Every Falling Star, the first book to portray contemporary North Korea to a young audience, is the intense memoir of a North Korean boy named Sungju who was forced at age twelve to live on the streets and fend for himself.

Dedicating his book to those he left behind in North Korea, Sungju writes, “North Korea is indeed a Hermit Kingdom; a true-to-life dystopian nation. It’s against this backdrop that my story takes place.”

To survive, Sungju creates a gang and lives by thieving, fighting, begging, and stealing rides on cargo trains. Sungju richly recreates his scabrous story, depicting what it was like for a boy alone to create a new family with his gang, “his brothers,” to daily be hungry and to fear arrest, imprisonment, and even execution.

The book starts with a brief, never-before-told history of modern North Korea that puts Sungju’s personal story into context. Then he and co-author Susan McClelland describe the four years of danger and desperation he endured after being abandoned by his parents. You may not believe the things that he was forced to endure at such a young age. You may not want to believe the horrors of the modern state of North Korea. But this true story of survival and determination allows young readers to learn about another culture where the freedoms they take for granted do not exist.

Sungju Lee speaks across Europe, Asia, and North America about his experiences and about North Korean political social issues. He lives in South Korea.

Susan Elizabeth McClelland’s first book, Bite of the Mango, was a worldwide sensation, published in more than 30 countries. She lives in Toronto, Canada.