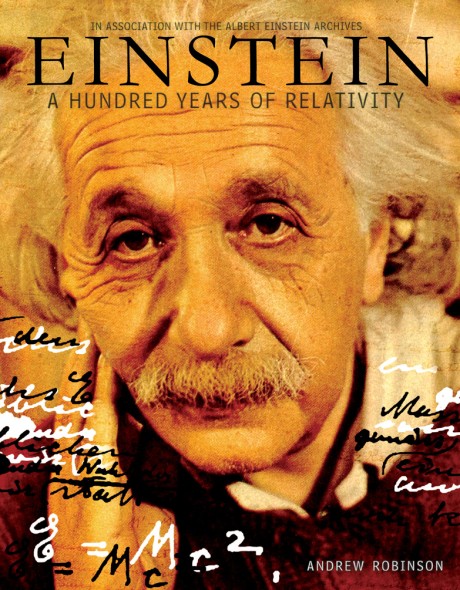 A Hundred Years of Relativity

This definitive illustrated study of one of the foremost icons of the 20th century commemorates the centenary of Albert Einstein's annus mirabilis of 1905, the same year when Einstein, at age 26, published his groundbreaking Special Theory of Relativity, and when the most famous equation in science, E = mc2, was introduced to the world. Here author Andrew Robinson and 11 essayists, including three Nobel laureates, explore every facet of the life and achievements of the great physicist and humanitarian, honored by Time magazine in its Millennium issue as "Person of the Century."

As the book explains clearly, Einstein's dramatic papers of 1905 overthrew the Newtonian worldview and revolutionized our understanding of space, time, energy, matter, and light. His work had impact far beyond the field of physics, playing a leading role in the century's technological advances and influencing modernism in every field. Except for his last interview that was previously published, all the essays here are original works written especially for this book. The photographs draw on an exceptional archive Einstein bequeathed to Hebrew University in Jerusalem.

Andrew Robinson, author and editor of the book, holds degrees from Oxford University (in science) and the School of Oriental and African Studies, London. He has written more than a dozen books, for both general and academic readers. These include The Shape of the World, Earthshock, and The Inner Eye, the definitive biography of Satyajit Ray. Since 1994, he has been the literary editor of The Times Higher Education Supplement in London. He lives in London.