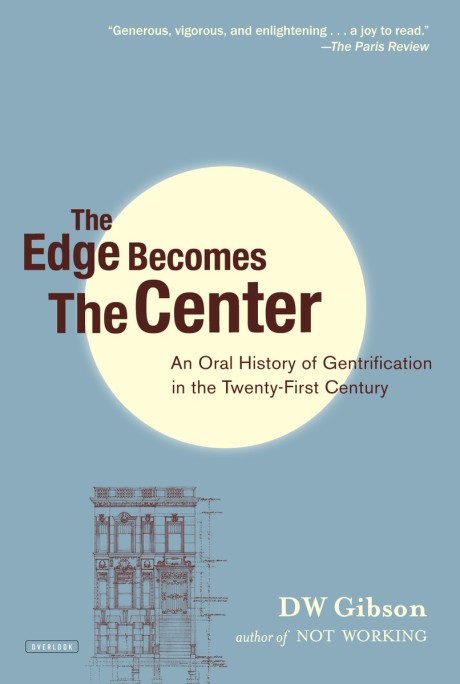 The Edge Becomes the Center

An Oral History of Gentrification in the 21st Century

If you live in a city—and every year, more and more Americans do—you've seen firsthand how gentrification has transformed our surroundings, altering the way cities look, feel, cost, and even smell.Over the last few years, journalists, policymakers, critics, and historians have all tried to explain just what it is that happens when new money and new residents flow into established neighborhoods, yet we've had very little access to the human side of the gentrification phenomenon. The Edge Becomes the Center captures the stories of the many kinds of people—brokers, buyers, sellers, renters, landlords, artists, contractors, politicians, and everyone in between—who are shaping and being shaped by the new New York City.In this extraordinary oral history, DW Gibson takes gentrification out of the op-ed columns and textbooks and brings it to life, showing us what urban change looks and feels like by exposing us to the voices of the people living through it. Drawing on the plainspoken, casually authoritative tradition of Jane Jacobs and Studs Terkel, The Edge Becomes the Center is an inviting and essential portrait of the way we live now.