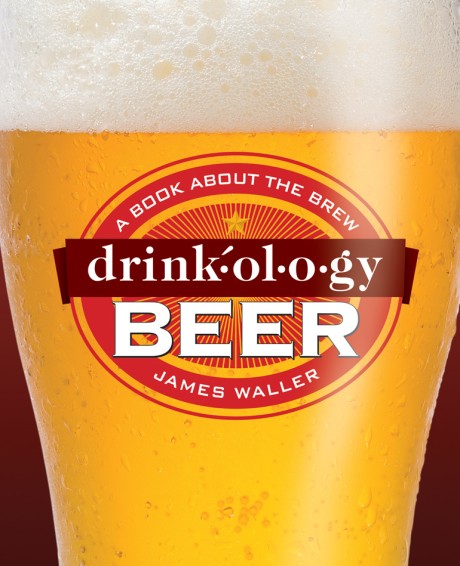 A Book About the Brew

So a guy or a gal walks into a bar and orders a . . . what? A Belgian lambic? A German Hefeweizen? An American barley wine? Today, with thousands of beers being made in the U.S. and many, many imported ales and lagers available at taverns and retailers, the once-simple decision to have a beer may feel a little like drowning. Drinkology Beer to the rescue. James Waller’s new book is written especially for beer lovers who have no idea what “sparge” or “IBU” might mean. After covering the basics of brewing, Waller provides an informative, witty, and accessible compendium of the globe’s beer styles, ranging from Abbey Ale to Zwickel. With special features including a roundup of “beer culture” (such as beer songs and movies about beer), notes on touring breweries, and a selection of beer-cocktail recipes and food dishes you can make with beer, Drinkology Beer is a beer book completely unlike any other.

“If you need a little beer brush-up, or know someone who does, Drinkology Beer is one of the most fun educational beverage reads we’ve had in years.”
—LA Weekly


“The budding beer aficionado in your life will smile when you hand him a gift-wrapped copy of James Waller’s Drinkology Beer: A Book About the Brew.”
—Richmond Times-Dispatch


“I’ve been writing about beer for twenty years, so I know a bit about the subject, yet I learn something new every time I open this book. James Waller set out to write for the absolute novice and, in doing so, he reminds us experts that we can all stand to brush up on the basics.”
—John Foyston, MIX magazine

“You almost never get a writer as entertaining as Waller, who is so gifted that he could probably make a textbook on plumbing a scintillating read.”
—Austin Chronicle

James Waller is a writer and editor who lives in Lawrenceville, New Jersey. He is the author of Stewart, Tabori & Chang’s Drinkology (2003) and Drinkology Wine (2005).