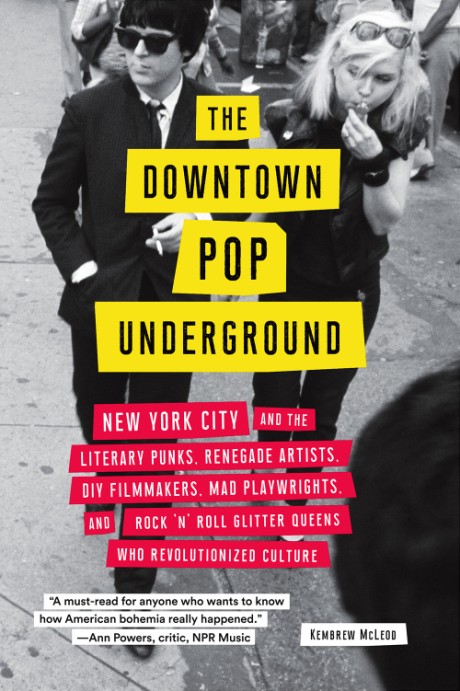 The Downtown Pop Underground takes a kaleidoscopic tour of the city during the 1960s and early ’70s and focuses on how deeply interconnected all the alternative worlds were that flourished in one square mile of downtown. The pages give life to the o beat artists, gonzo filmmakers, punk musicians, and rock-and-roll drag queens who created change, and while some aren’t well known, others like Patti Smith, Andy Warhol, and Debbie Harry did become icons. Ambitious in scope and scale, the book is largely fueled by the actual voices of many of the pivotal characters who broke down the entrenched cultural divisions between high and low, gay and straight, and art and commerce—and whose impact is still largely felt today.

Kembrew McLeod is an award-winning author and professor of communication studies at the University of Iowa whose writing has been featured in the New York Times, Los Angeles Times, Washington Post, Rolling Stone, Slate, and Salon.