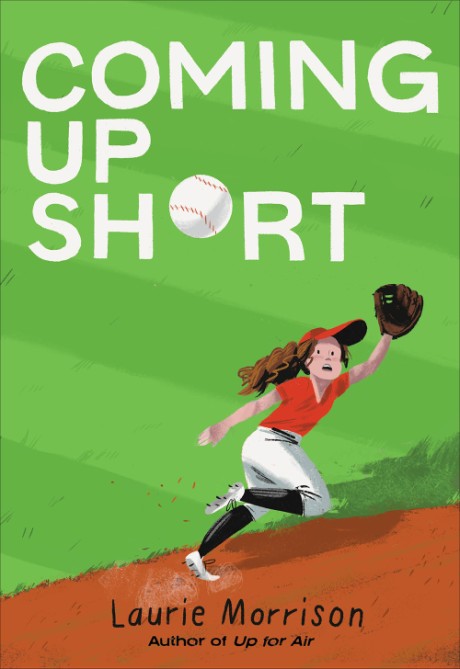 Bea’s parents think she can accomplish absolutely anything—and she’s determined to prove them right. But at the end of seventh grade, on the same day she makes a gutsy play to send her softball team to the league championships and Xander, the boy she likes, makes it clear that he likes her too, a scandal shakes up her world. Bea’s dad made a big mistake, taking money that belonged to a client. He’s now suspended from practicing law, and another lawyer spread the news online. To make matters worse, that other lawyer is Xander’s dad.

Bea doesn’t want to be angry with her dad, especially since he feels terrible and is trying to make things right. But she can't face the looks of pity from all her friends, and then she starts missing throws in softball because she’s stuck in her own head. The thing she was best at seems to be slipping out of her fingers along with her formerly happy family. She's not sure what's going to be harder—learning to throw again, or forgiving her dad. How can she be the best version of herself when everything she loves is falling apart?

Laurie Morrison taught middle school for ten years before writing Every Shiny Thing, her middle-grade debut with co-author Cordelia Jensen. She is also the author of Up for Air, and Saint Ivy. She received her MFA in writing for children and young adults from Vermont College of Fine Arts. She lives in Philadelphia.