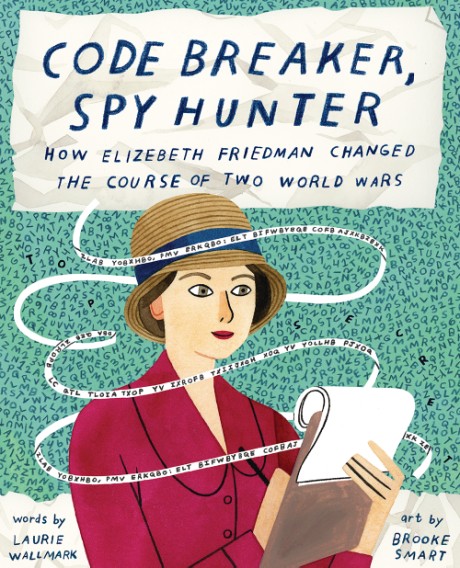 How Elizebeth Friedman Changed the Course of Two World Wars

Decode the story of Elizebeth Friedman, the cryptologist who took down gangsters and Nazi spies

In this picture book biography, young readers will learn all about Elizebeth Friedman (1892–1980), a brilliant American code breaker who smashed Nazi spy rings, took down gangsters, and created the CIA's first cryptology unit. Her story came to light when her secret papers were finally declassified in 2015. From thwarting notorious rumrunners with only paper and pencil to “counter-spying into the minds and activities of” Nazis, Elizebeth held a pivotal role in the early days of US cryptology. No code was too challenging for her to crack, and Elizebeth’s work undoubtedly saved thousands of lives. Extensive back matter includes explanations of codes and ciphers, further information on cryptology, a bibliography, a timeline of Elizebeth’s life, plus secret messages for young readers to decode.

"Youngsters will be fascinated by this engaging biographical selection of an original thinker, which includes elements of STEM and history and provides a picture of a dedicated, resilient woman." —Kirkus Reviews

"Wallmark's lively, detailed text maximizes the appeal of Friedman's story, focusing on the demand for Elizebeth's skills apart from those of her acclaimed husband, and Smart's digitally assembled watercolors sport a vibrant stylishness." —Bulletin of the Center for Children's Books

"An engaging introduction to a unique woman in a fascinating field." —School Library Journal

"Painted in watercolor and gouache and digitally assembled,the book's attractive illustrations often incorporate a quote or a stream of letters representing code." —Booklist 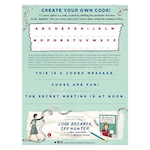 Laurie Wallmark talks about the inspiration for the book

Award-winning author Laurie Wallmark has written picture-book biographies of women in STEM fields ranging from computer science to mathematics, astronomy to code breaking. Her books have earned multiple starred reviews, been chosen as Junior Library Guild Selections, and received awards such as Outstanding Science Trade Book, Cook Prize Honor, and Parents’ Choice Gold Medal. She is a former software engineer and computer science professor. She lives in Ringoes, New Jersey. You can find her at lauriewallmark.com and @lauriewallmark. Brooke Smart loves telling stories through her illustrations, especially stories about brave women from history. She has always loved to read, and growing up she could be found nightly falling asleep with a book on her chest. Illustrating books as a professional artist is a lifelong dream come true. She is living the busy, tired, happy, wonderful dream in Salt Lake City, Utah, with her husband, their three kids, and their naughty cat named Sunshine. Learn more about her at brooke-smart.com.