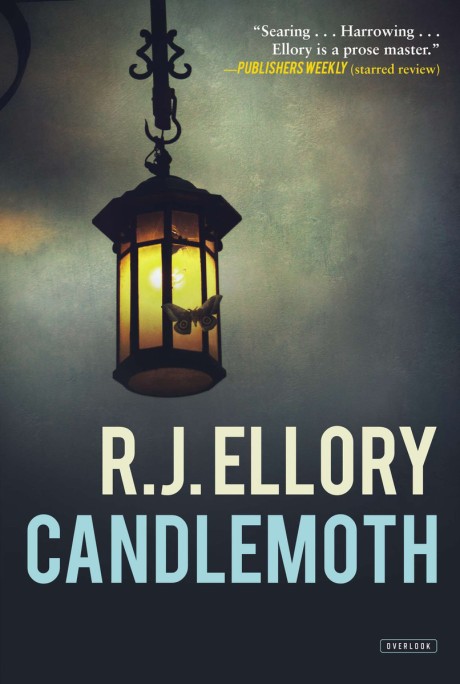 Daniel Ford and Nathan Verney were six years old when they first met by a South Carolina lake and became best friends against all odds—Daniel was white, and Nathan was black. Thirty years later, Daniel is convicted of Nathan's murder, and he now faces the long, lonely walk to the electric chair. With time running out until his execution, Daniel tells a sympathetic priest his story, sweeping through first loves, Vietnam, and, finally, the pair's flight from the draft, which ended in Nathan's brutal murder. A powerful vision of the American South in an age of upheaval, Candlemoth is a stunning suspense novel—and an unforgettable tale of lost friendship.

R.J. Ellory is the author of twelve novels, including the bestselling A Quiet Belief in Angels, which was Strand Magazine’s Thriller of the Year, shortlisted for the Barry Award, and a finalist for the SIBA Award. He is also the author of City of Lies, Candlemoth, A Quiet Vendetta, The Anniversary Man, A Simple Act of Violence, and the e-book original series Three Days in Chicagoland.