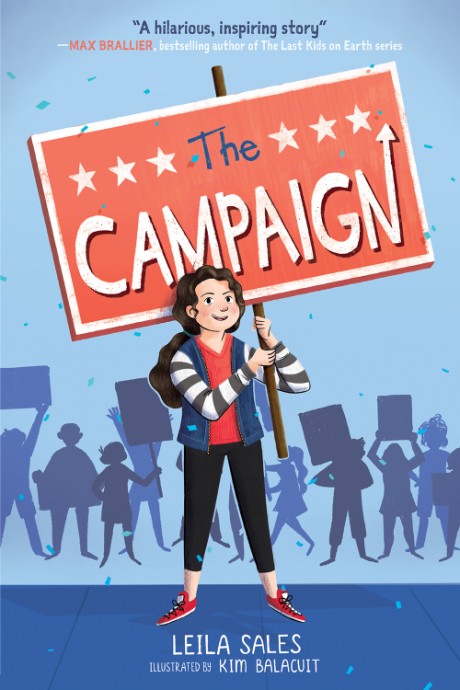 Now in paperback, Veep meets Parks and Recreation in this hilarious illustrated middle-grade political comedy about a twelve-year-old who runs her babysitter’s campaign for mayor

Leila Sales is the author of eight middle-grade and young adult novels, which have received multiple starred reviews, been translated into a dozen languages, and appeared on many state lists and best-of-the-year lists. Before becoming a full-time writer, Leila worked as an editor for more than a decade, editing award-winning and bestselling books for readers of all ages. She is also the founder of the book development agency, The Book Engineer. She lives in Austin, Texas, but travels all over the world to talk about books and publishing. Kim Balacuit is a designer and illustrator. She graduated from Montclair State University with a BFA in animation and illustration. When not drawing, she can probably be found hiking, getting lost in the city, petting other people’s dogs, or in a car or a plane, off to her next adventure. She lives in Rutherford, New Jersey.