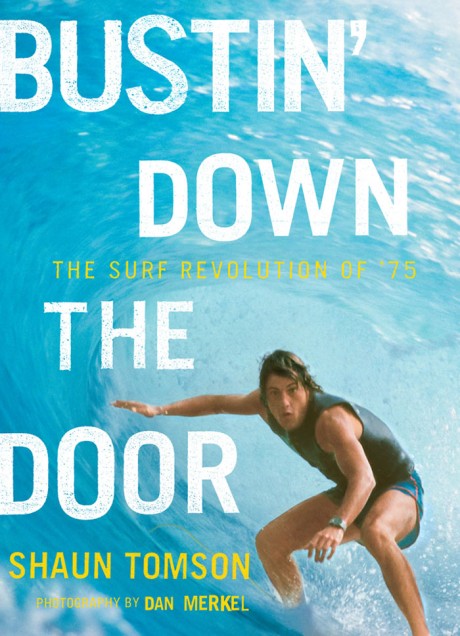 Bustin' Down the Door

The Surf Revolution of '75

"You have to bust down the door before they hear ya knockin'." —Rabbit

In the winter of 1975, South African and Australian upstarts Shaun Tomson, Rabbit Bartholomew, and Mark Richards arrived in Hawaii with little else than their surfboards and their love of surfing. With courage, skill, and raw ambition, they not only set a new standard for wave riding, but also succeeded in transforming surfing from a casual lifestyle into a professional sport. Published to coincide with a documentary feature film narrated by Academy Award nominee Edward Norton, Bustin' Down the Door tells the incredible story of these free ride pioneers. With essays by the surfing legends themselves, along with previously unpublished photographs by award-winning photographers such as Dan Merkel, Bustin' Down the Door re-creates the genesis of modern surfing from the perspective of the visionaries who turned their unlikely dreams into reality and revolutionized the sport of surfing.

Shaun Tomson was the 1977 Professional World Champion and spent fourteen years on the International Professional Surfers Tour. He has been recognized as one of the greatest surfers of all time. He is the author of the bestselling Surfer’s Code. A native of South Africa, he lives in Santa Barbara, California.