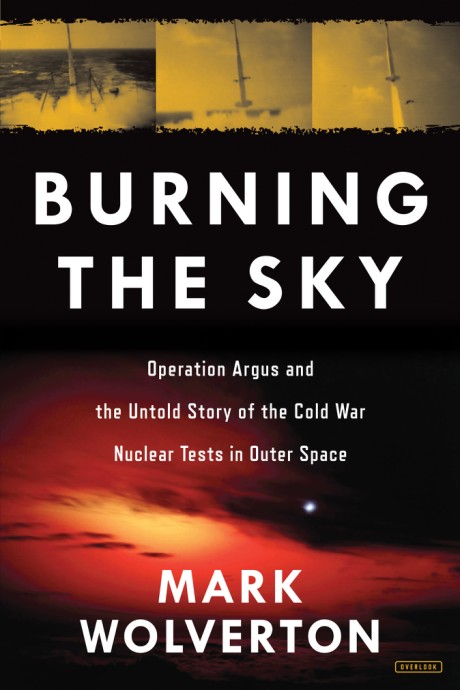 The summer of 1958 was a nerve-racking time. Ever since the Soviet Union proved that it possessed an operational intercontinental ballistic missile with the launch of Sputnik, the world watched anxiously as the two superpowers engaged in a game of nuclear one-upmanship. Tensions escalated between the United States and the Soviet Union over their respective nuclear weapons reserves, both sides desperate for a solution to the threat of the massive, instant destruction the one could cause on the other.In the midst of this rising tension, Nicholas Christofilos, an eccentric Greek-American physicist, brought forth an outlandish, albeit ingenious, idea to defend the US from a Soviet attack: launching atomic bombs from the South Atlantic Ocean, about 1,100 miles from Cape Town, to detonate in outer space to fry incoming Soviet ICBMs with an artificial radiation belt. Known as Project Argus, this plan is the biggest, most secret, and riskiest scientific experiment in history, and classified details of this operation have been long obscured. In Burning the Sky, Mark Wolverton tells the unknown and controversial story of this scheme to reveal a fascinating narrative almost completely forgotten by history—one that still has powerful resonances today. Drawing from recently declassified sources, Burning the Sky chronicles Christofilos's unconventional idea from its inception to execution—when the so-called mad scientist persuaded the military to carry out the most grandiose scientific experiment ever conceived, using the entire Earth's atmosphere as a laboratory. With over a decade of experience researching and writing about the sociological and political impacts of the science of the Cold War, Wolverton is the ideal authority on this risky experiment. Meticulously researched, with the pacing of a thriller and the language of science fiction, Burning the Sky will intrigue any lover of scientific or military history and will remind readers why Project Argus remains frighteningly relevant nearly sixty years later.