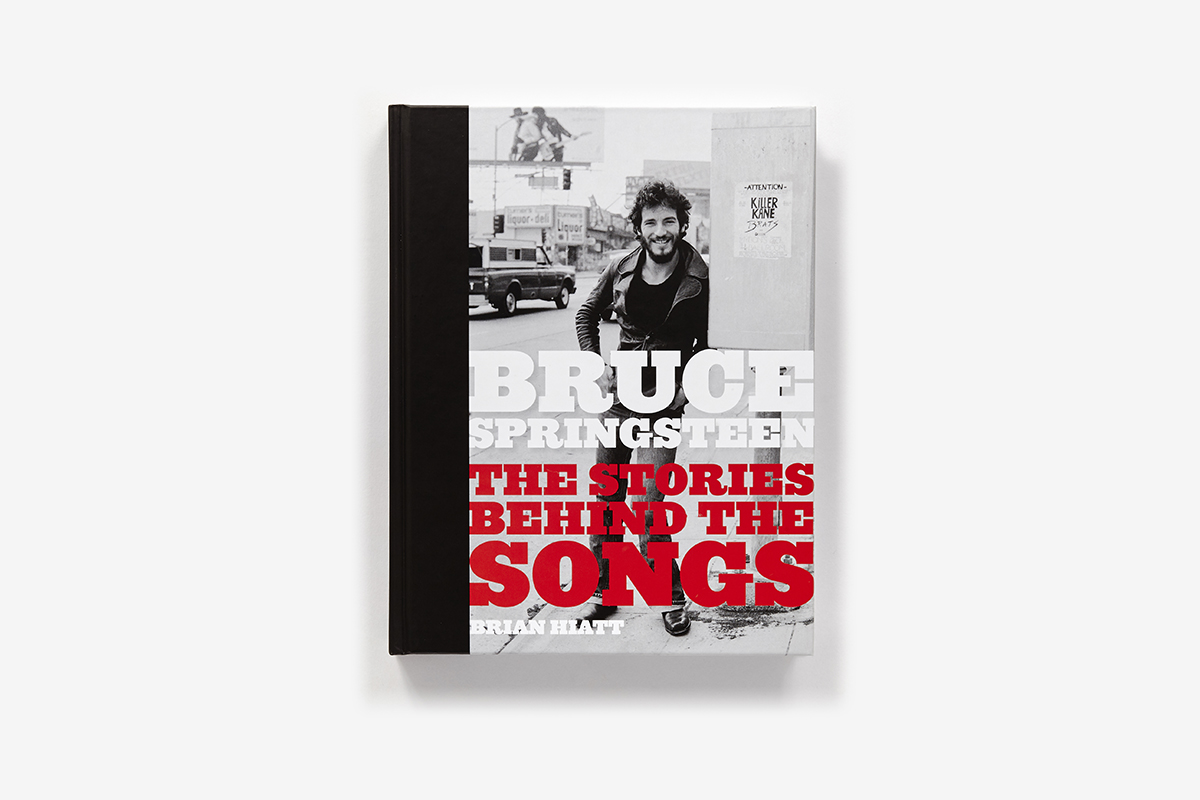 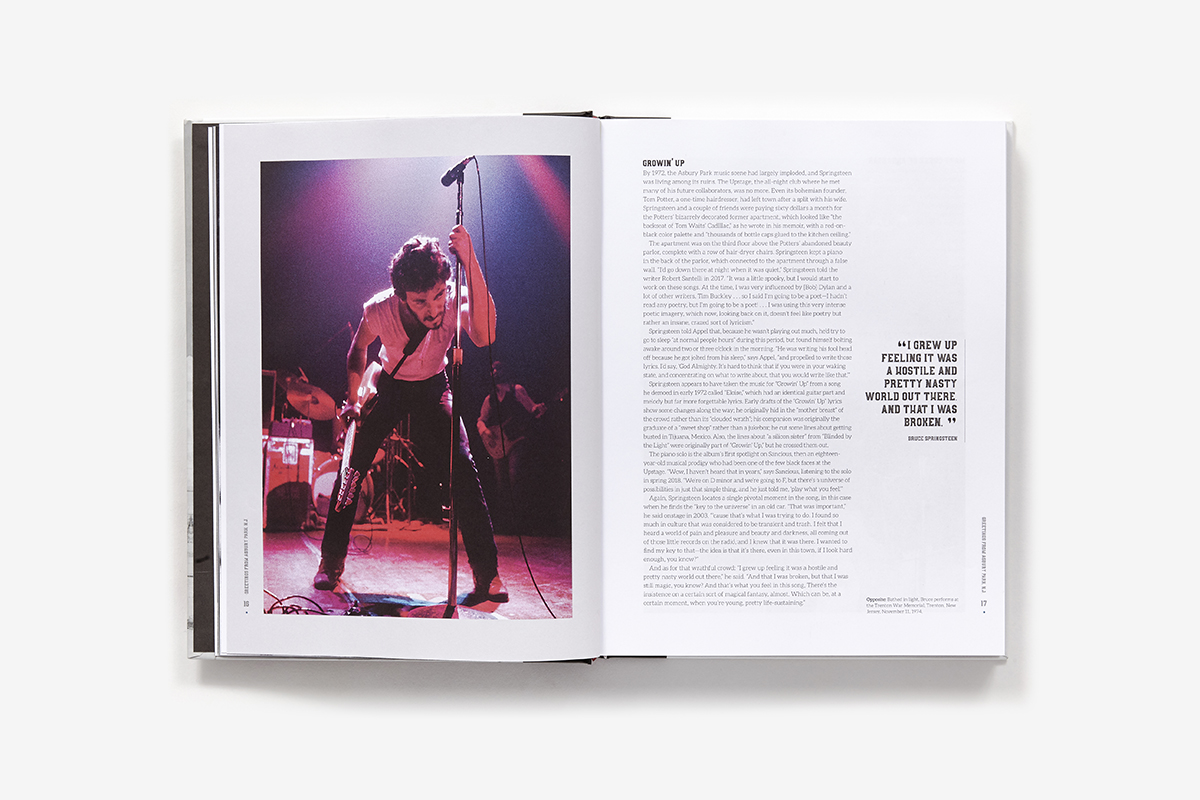 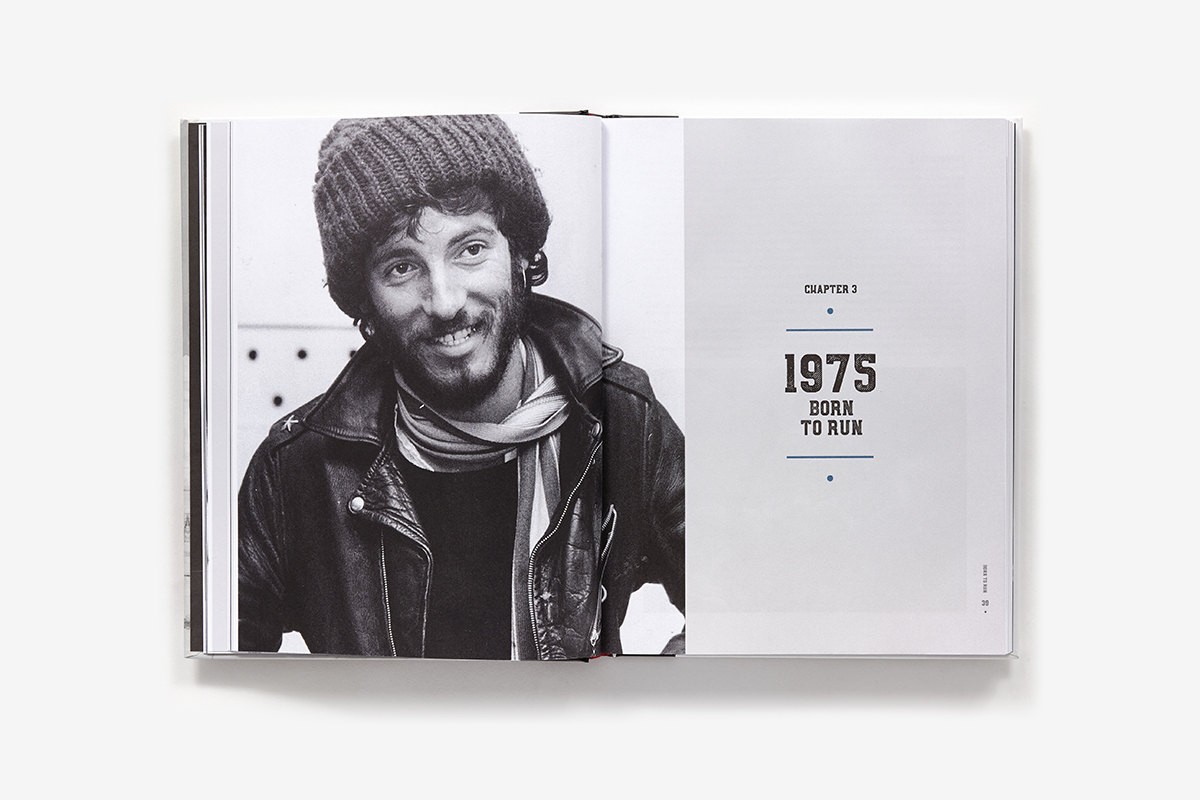 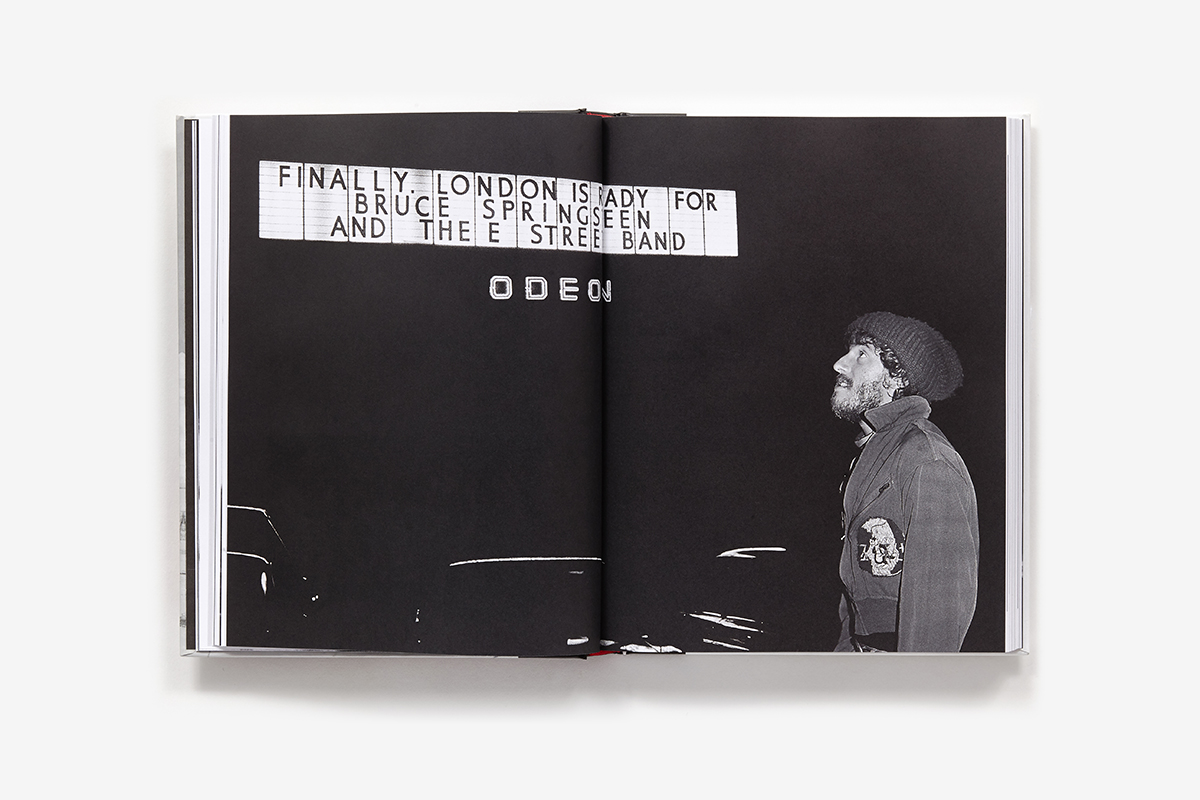 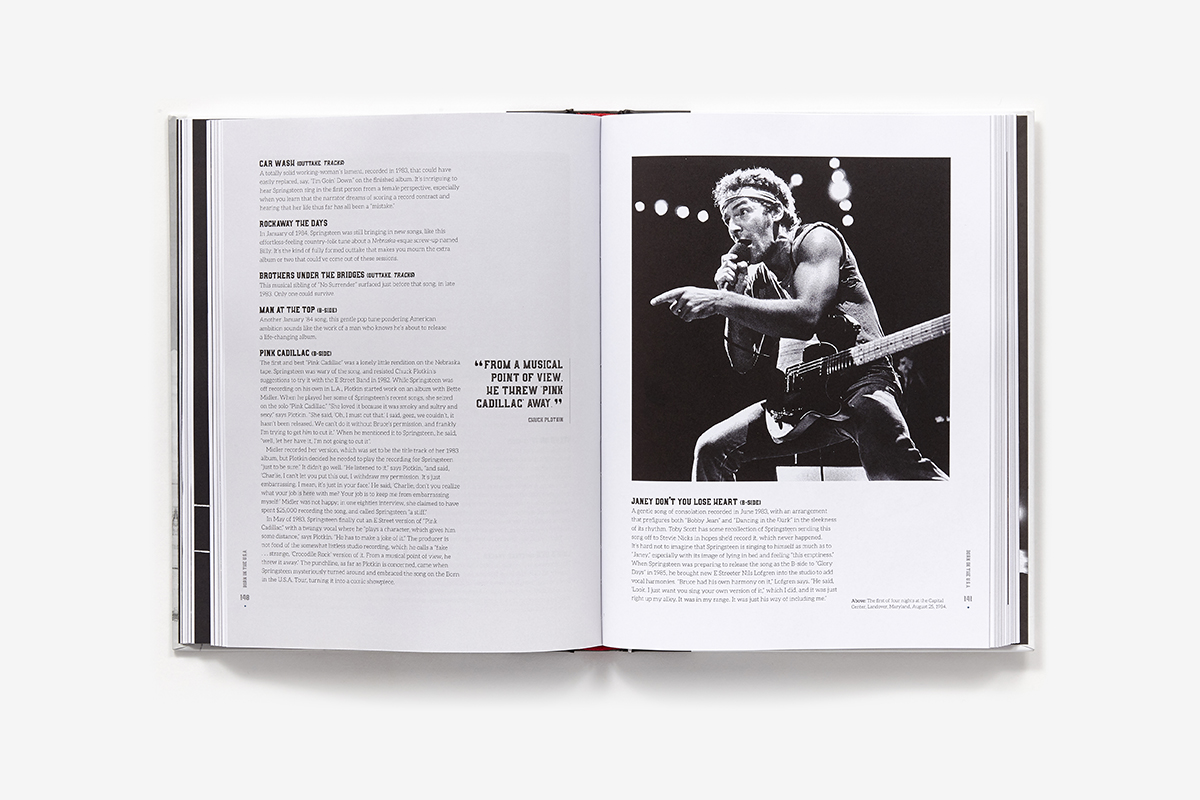 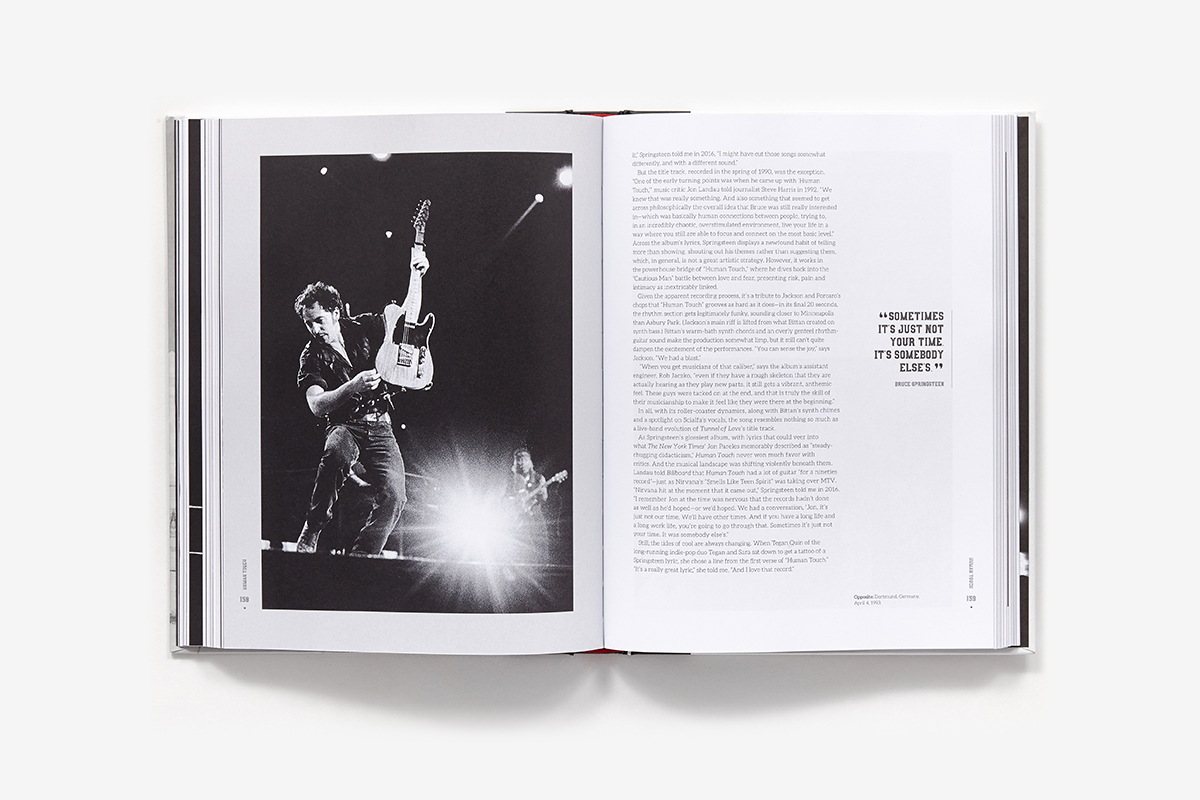 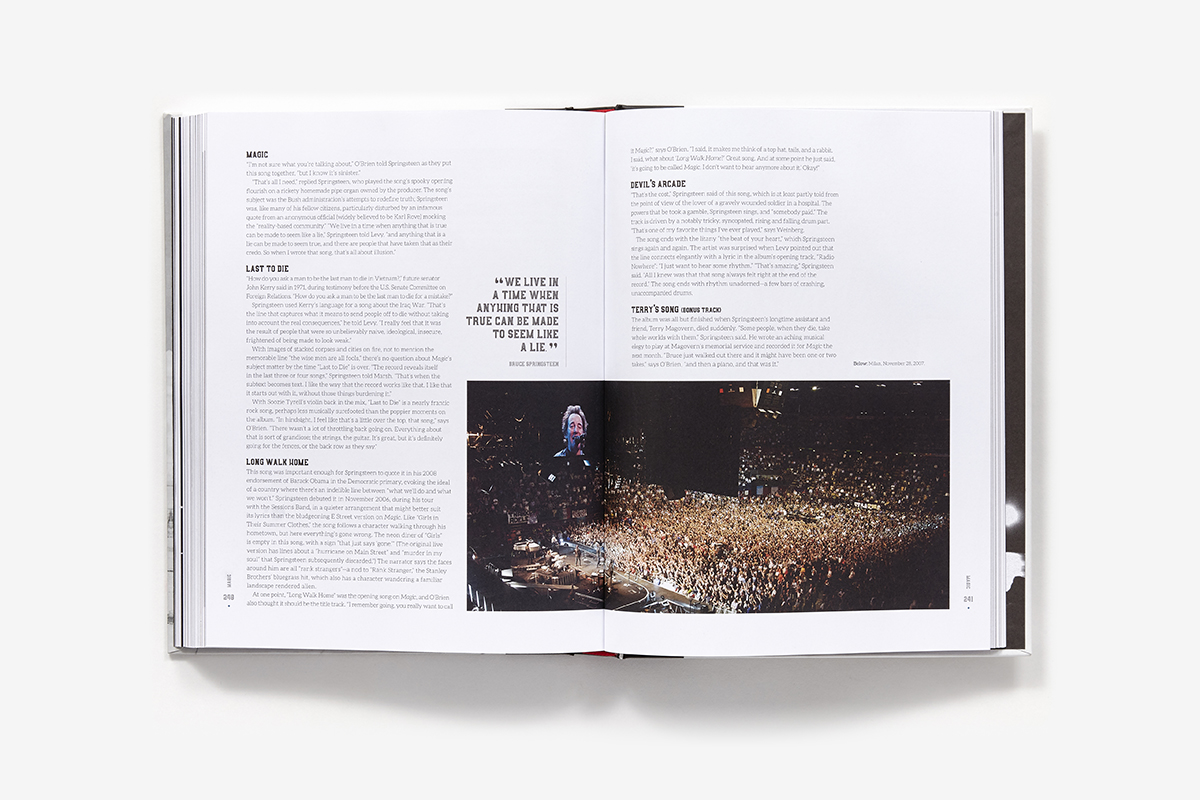 Buy
Bruce Springsteen
The Stories Behind the Songs
By Brian Hiatt

The legend of Bruce Springsteen may well outlast rock ’n’ roll itself. And for all the muscle and magic of his life-shaking concerts with the E Street Band, his legendary status comes down to the songs. He is an acknowledged master of music and lyrics, with decades of hits, from “Blinded by the Light” and “Born to Run” to “Hungry Heart,” “Dancing in the Dark,” and “The Rising.”

In Bruce Springsteen: The Stories Behind the Songs, longtime Rolling Stone writer Brian Hiatt digs into the writing and recording of these songs and all the others on Springsteen’s studio albums, from 1973’s Greetings from Asbury Park, N.J. to 2014’s High Hopes (plus all the released outtakes), and offers a unique look at the legendary rocker’s methods, along with historical context, scores of colorful anecdotes, and more than 180 photographs. Hiatt has interviewed Springsteen five times in the past and has conducted numerous new interviews with his collaborators, from longtime producers to the E Street Band, to create an authoritative and lushly illustrated journey through Springsteen’s entire songbook and career.

"Even Springsteen fans, who can chart their lives by his tours, are bound to learn... This book is for those true fans." —New York Daily News

"It's a coffee table book that's a blast to read – not only hefty and beautiful to look at, but a rich study of Bruce's work...The result is a song-by-song look at Springsteen's catalog that is, even for major Springsteen fans, enlightening as well as entertaining -- not just a rehash of everything you already know." —Backstreets Magazine

Brian Hiatt is a senior writer for Rolling Stone magazine and the host of the magazine’s podcast on Sirius XM. He was previously on staff at Entertainment Weekly and its website, EW.com, as well as at MTV News.