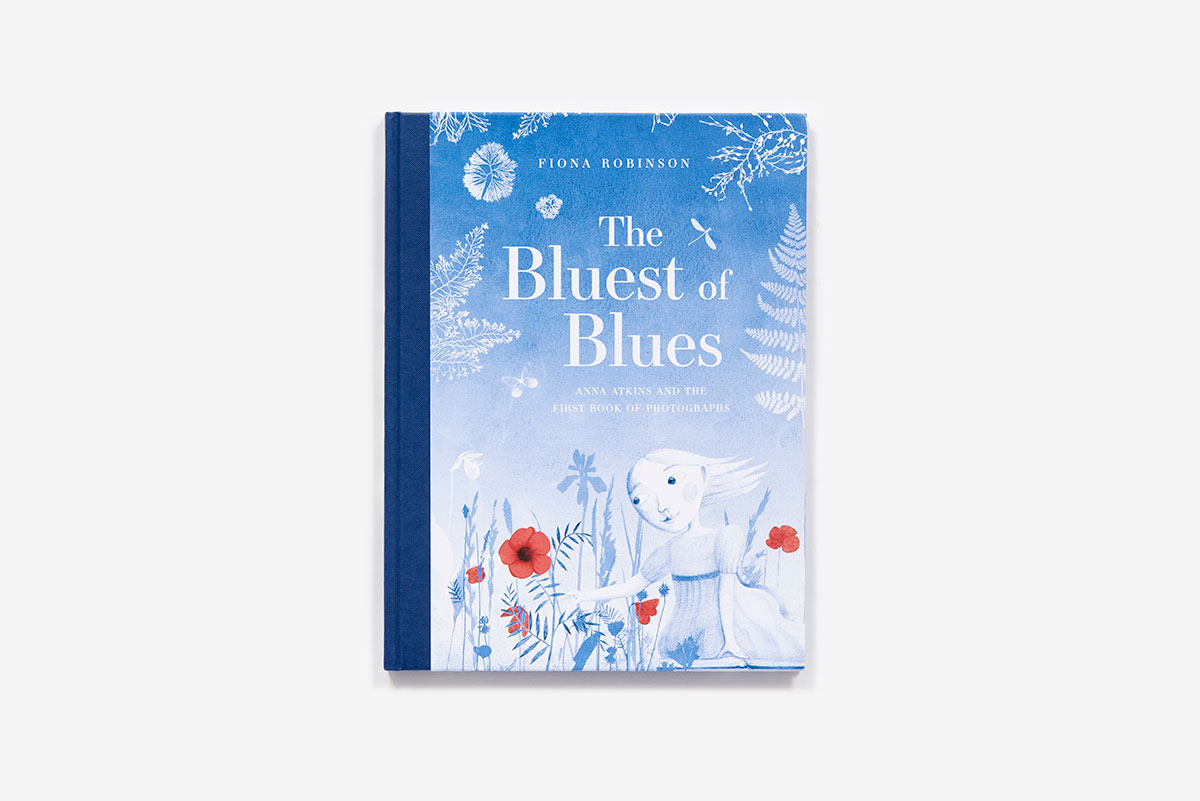 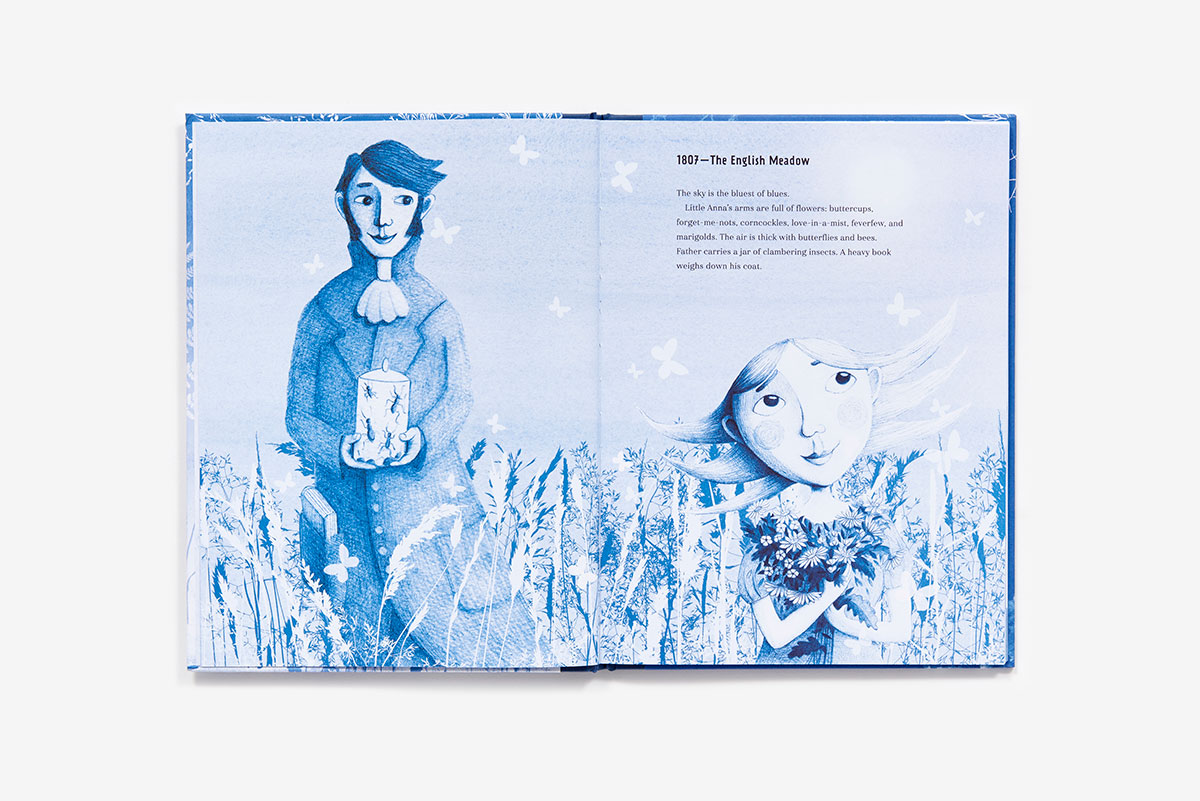 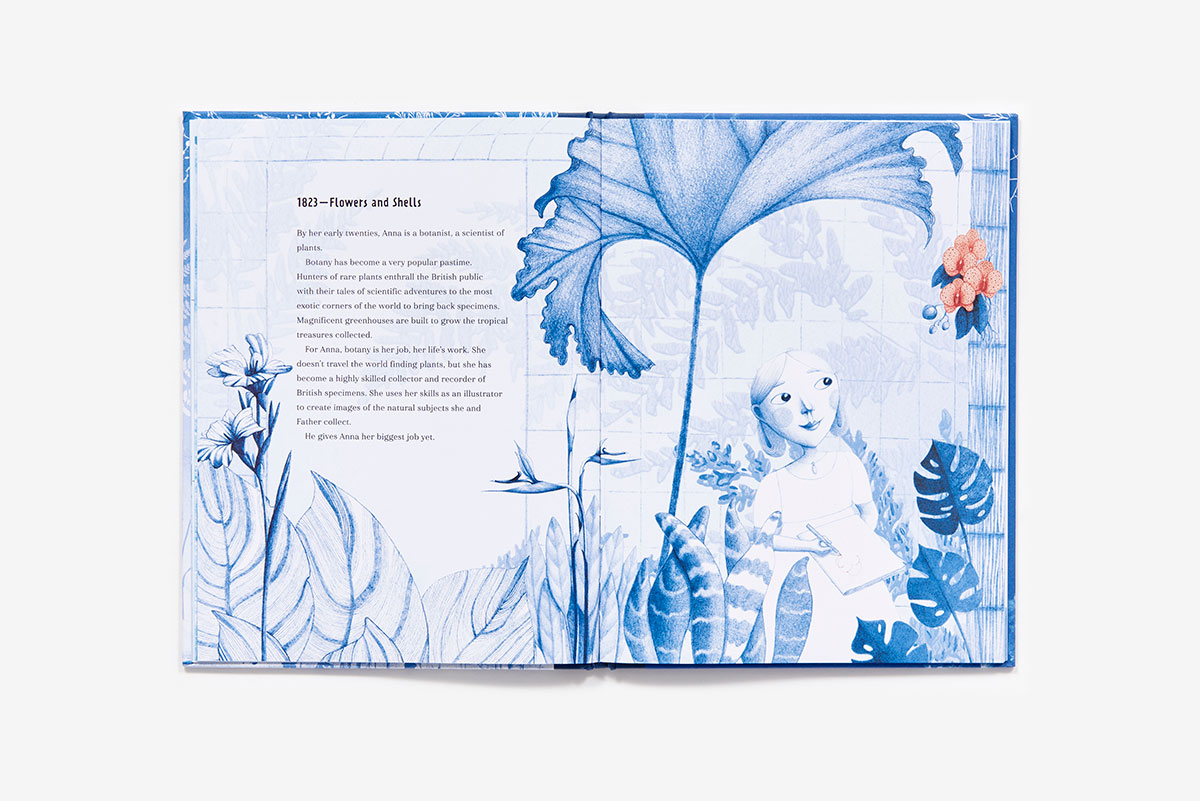 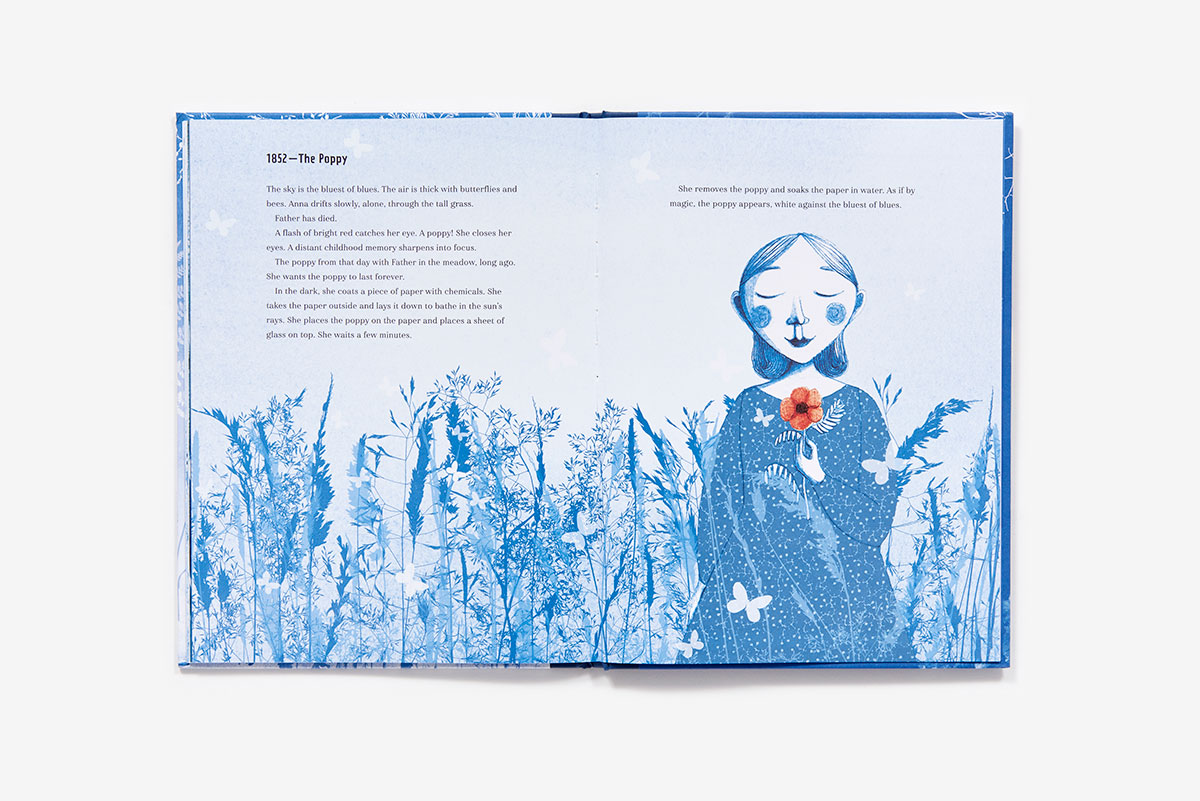 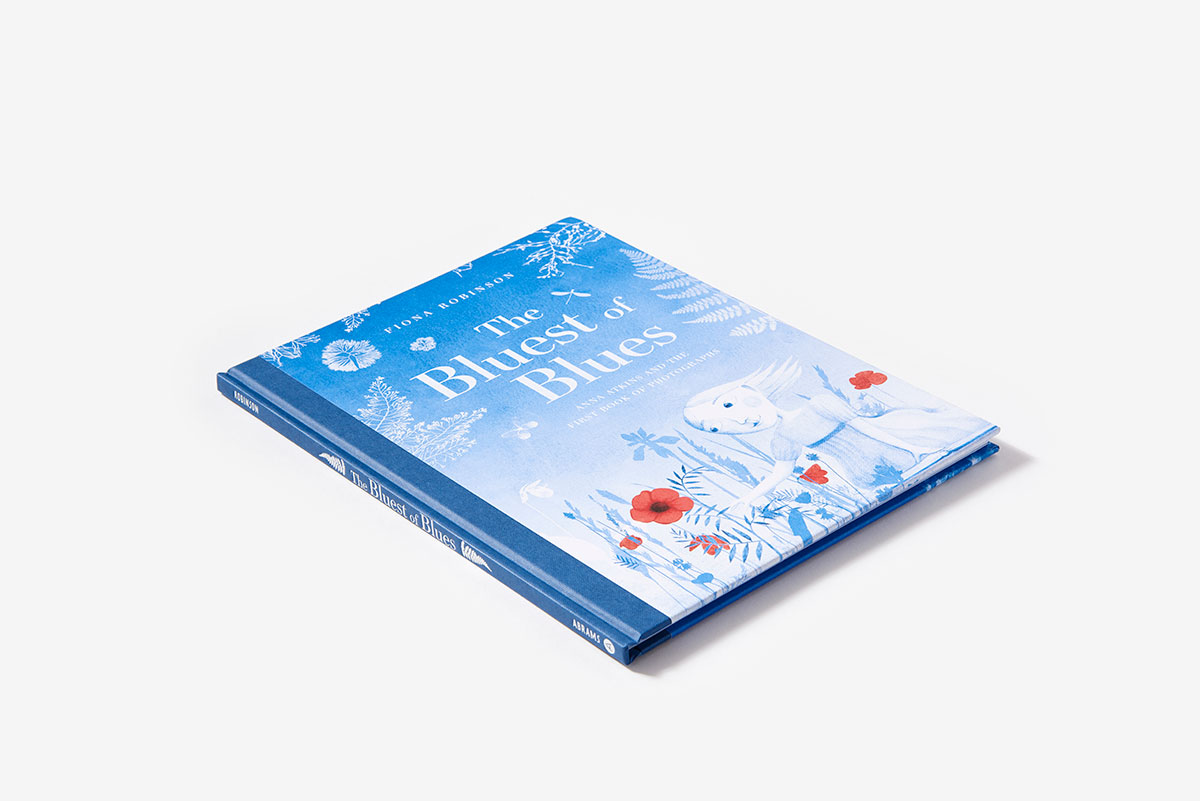 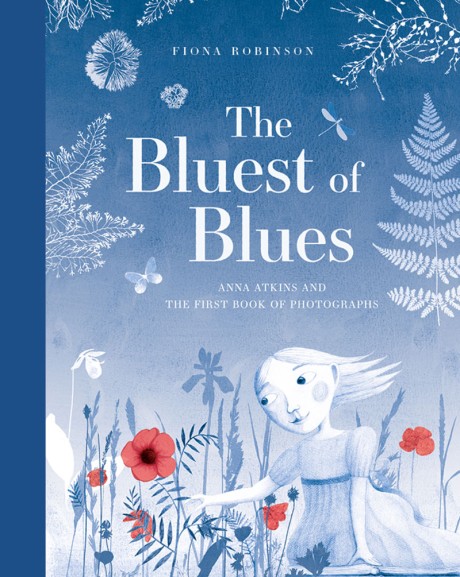 The Bluest of Blues

Anna Atkins and the First Book of Photographs

After losing her mother very early in life, Anna Atkins (1799–1871) was raised by her loving father. He gave her a scientific education, which was highly unusual for women and girls in the early 19th century. Fascinated with the plant life around her, Anna became a botanist. She recorded all her findings in detailed illustrations and engravings, until the invention of cyanotype photography in 1842. Anna used this new technology in order to catalogue plant specimens—a true marriage of science and art. In 1843, Anna published the book Photographs of British Algae: Cyanotype Impressions with handwritten text and cyanotype photographs. It is considered the first book of photographs ever published. Weaving together histories of women, science, and art, The Bluest of Blues will inspire young readers to embark on their own journeys of discovery and creativity.

"An inventive look at a pioneering woman whose intellectual passions culminated in published works of beauty and scientific verisimilitude."
Kirkus Reviews —

"Detailed and informative . . . A valuable biography of an early female scientist—and a rare portrait of a father-daughter collaboration."
Publishers Weekly —

"Robinson’s picture book biography is a loving tribute to this remarkable woman whose impressive contributions were recognized long after her passing . . . Robinson’s writing has an ethereal quality to it. The beautiful blues of the pencil drawings, watercolor washes, and original cyanotypes from Atkins’s collection come together on each page as an immersive experience, creating an array of blue that limns Atkins’s world."
School Library Journal —

"[A] beautifully illustrated biography of Anna Atkins, a nineteenthcentury botanist, artist, and early adopter of this photographic technique."
Booklist —

"The beautiful blue toned illustrations of this book give it a dream-like quality . . . This book will serve as a great introduction to another wonderful woman in the science field."
School Library Connection —

“The Bluest of Blues represents a win for spotlighting the significant historical contributions of a uniquely talented woman who was gifted with an imagination in tune to both the expression of artistic sensibilities and the accumulation of scientific knowledge.”
New York Journal of Books —

“This gives the book a dreamlike quality; Anna’s world feels misty and faded. In fact, much of what we know about Anna has been lost to history . . . Her life is one worth knowing.”
The New York Times Book Review —

Fiona Robinson is the author/illustrator of Ada’s Ideas, Whale Shines, What Animals Really Like, The Useful Moose, and The 3-2-3 Detective Agency. Her work has been honored by the Royal Academy of Arts and has been featured in many gallery shows. She lives with her family in Brooklyn.