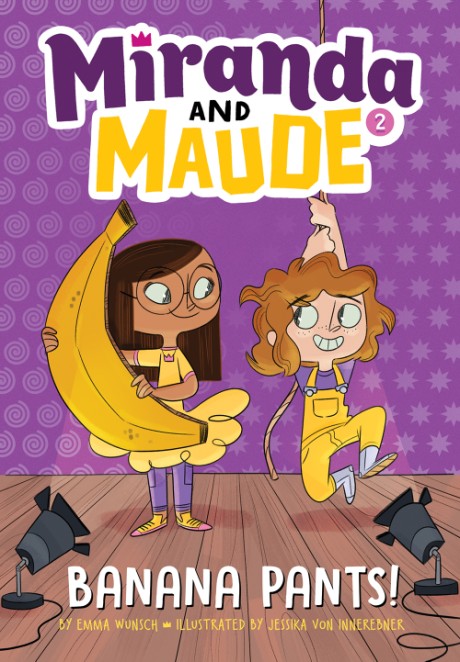 An Amazon Best Book of the Month

Princess Miranda and Not-a-Princess Maude are total opposites and totally best friends! Fed up with nonstop testing, Miranda and Maude’s teacher makes a surprise announcement: They are going to put on a school play! And, the class decides, it will be called Banana Pants! School is finally a joy, and the project inspires the girls to fight for more positive change. Maude decides to wage a campaign against Styrofoam lunch trays, and she thinks she has the perfect powerful ally in Miranda. But, much to Maude’s frustration, Miranda would rather focus on her own good cause: love! The girls can’t seem to see eye to eye, and in pursuing their good causes separately, they go way too far, resulting in the friendship’s first-ever fight.

"Once again, Wunsch writes a story with accessible themes and silliness that kids will enjoy . . . Von Innerebner again contributes amusing illustrations that add to the text. With short chapters, charming text, and pleasing drawings, this book is a delightful read."
— Kirkus Reviews