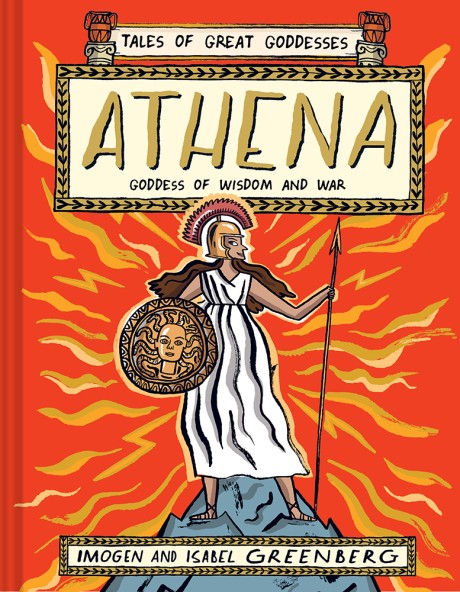 Goddess of Wisdom and War

A spunky, feminist take on the myth of Athena, the Greek goddess of wisdom, war, and courage

From the moment she sprung from Zeus’s head, Athena was extraordinary. Even though some doubted her as a young goddess, Athena never backed down from a fight. Poseidon wants to be the patron god of a nearby city? Well, so does Athena! And she’s going to outwit him and found Athens. Perseus doesn’t know how to defeat Medusa? No problem! Athena can give him the knowledge (and shield) he needs to take off her head. Odysseus is lost at sea, seemingly doomed? Not anymore! Athena can get him home. Follow the goddess of wisdom through her adventures with gods and mortals, discover the perils of crossing her, and see how she eventually learned to better understand and aid the human race.

**STARRED REVIEW**
"In addition to telling a ripping yarn, this book gives readers an accurate and structured beginner’s foothold in the classics that will keep them reading. . .Three cheers for Athena, smarts, and bravery!"
Kirkus Reviews —

Isabel Greenberg is an award-winning illustrator, comic artist, and writer. Her graphic novels have received starred reviews, won the Best Book Award at the British Comic Awards, and won the Jonathan Cape/Observer/Comica Graphic Short Story Prize, among other praise. Isabel has worked with a variety of clients, including the Guardian, Nobrow Press, The National Trust, and the New York Times. She lives in London and enjoys illustrating all things historical. Imogen Greenberg loves writing history books and myths for children. When not writing, she works in arts and theater administration. She lives in London.