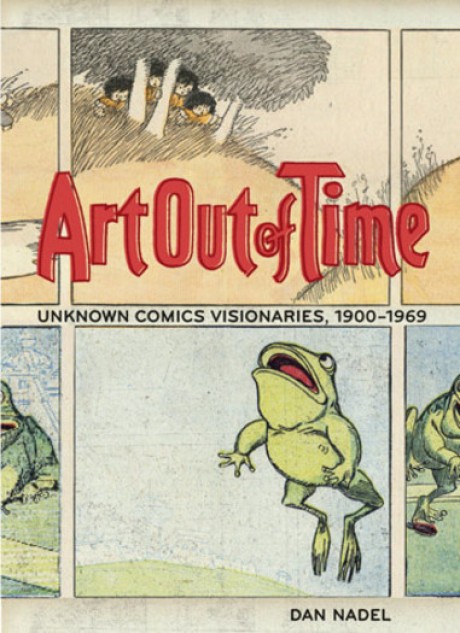 Art Out of Time

Before there was Robert Crumb, there was Herbert Crowley. If you don't recognize that name, you're not alone. Crowley is one of nearly 30 American cartoonists featured in this eclectic anthology, artists whose work—created between 1900 and 1969—was overshadowed by more successful contemporaries. Art Out of Time at last gives these pioneers the showcase they deserve, reprinting—in most cases for the first time since their initial publication—complete comic books and strips by such visionaries as Raymond Ewer, Howard Nostrand, Ogden Whitney, and Dick Briefer. These under-recognized artists often deviated from the thematic and graphic conventions of the comics medium—and influenced Crumb, Art Spiegelman, and others—making this superb anthology a true "counter history," the untold story of an underground that wasn't.

Dan Nadel is the author of Art Out of Time and the editor of several books, including Gary Panter and The Wilco Book. He is the owner of PictureBox, Inc., a Grammy Award –winning packaging and publishing company with more than fifty titles in print, and the co-editor of the Eisner-nominated magazine Comics Comics. His essays and criticism have appeared in many publications, including the Washington Post, Bookforum, and Eye. As a curator, Nadel has mounted exhibitions for Portugal Arte 10 in Lisbon, the Athens 2007 Biennale in Greece, and numerous other venues in New York, Los Angeles, Tokyo, and Paris. He lives in Brooklyn, New York.