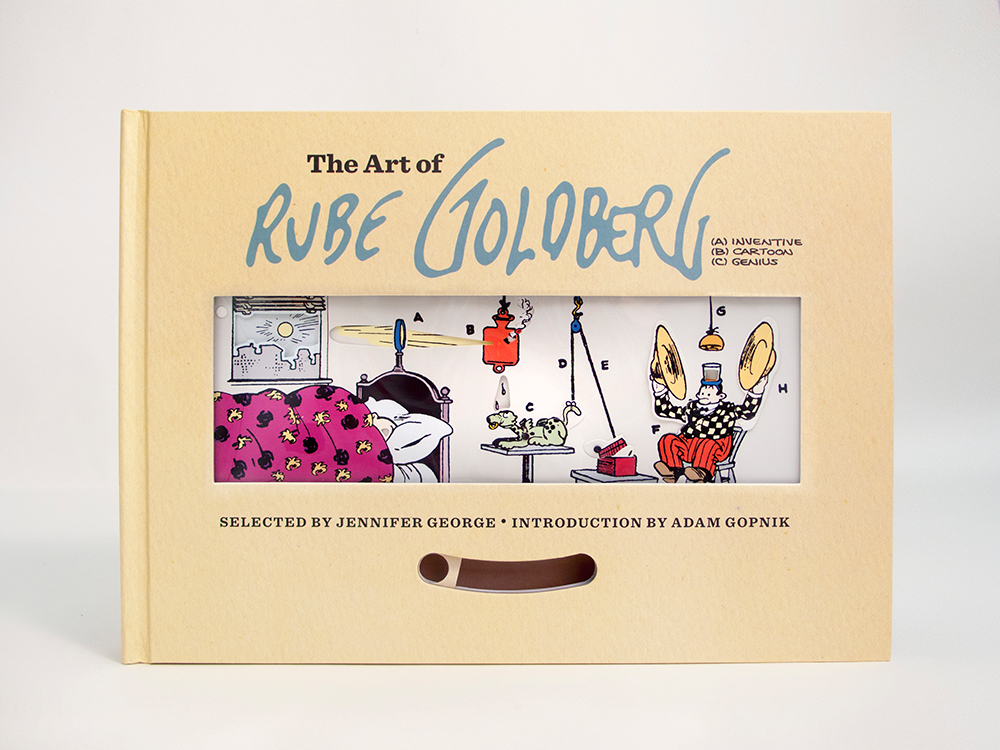 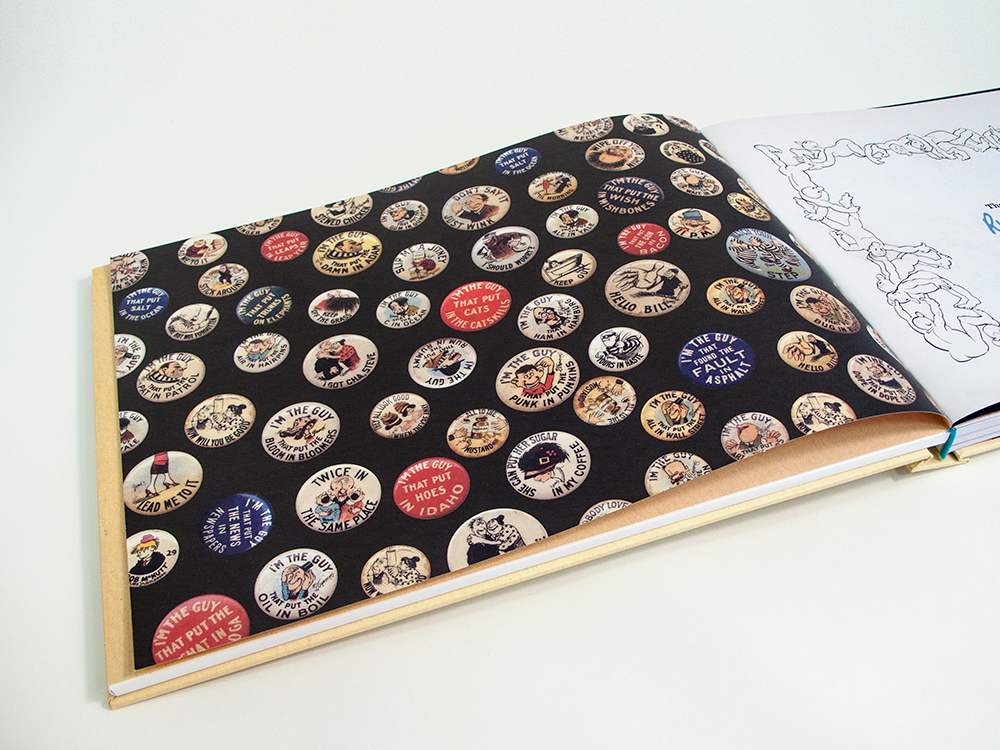 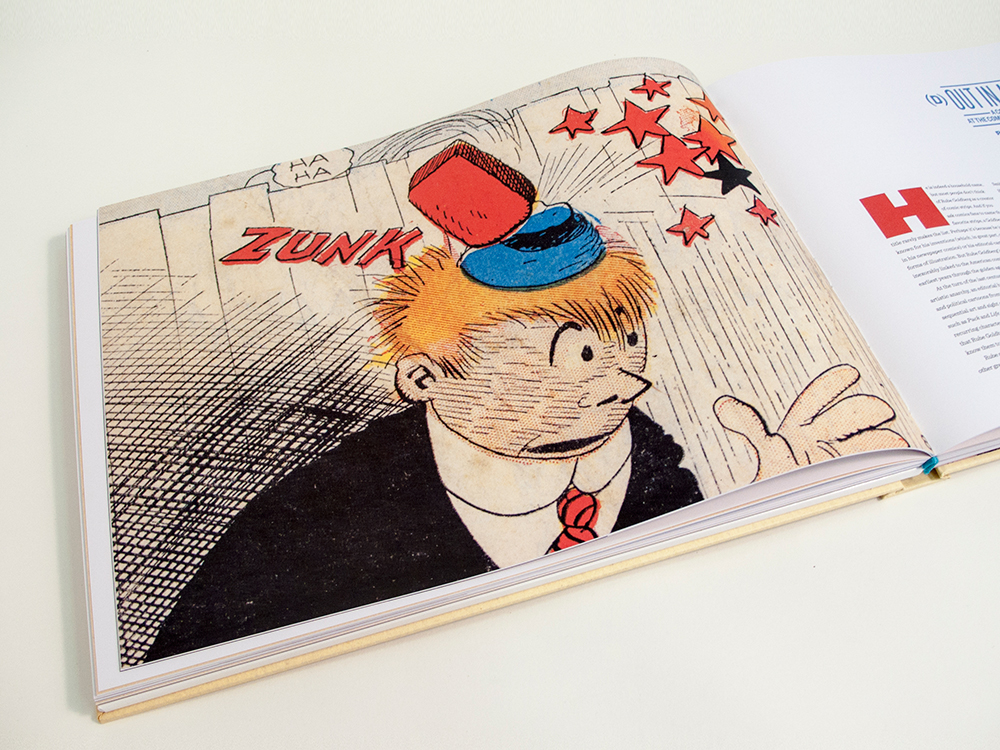 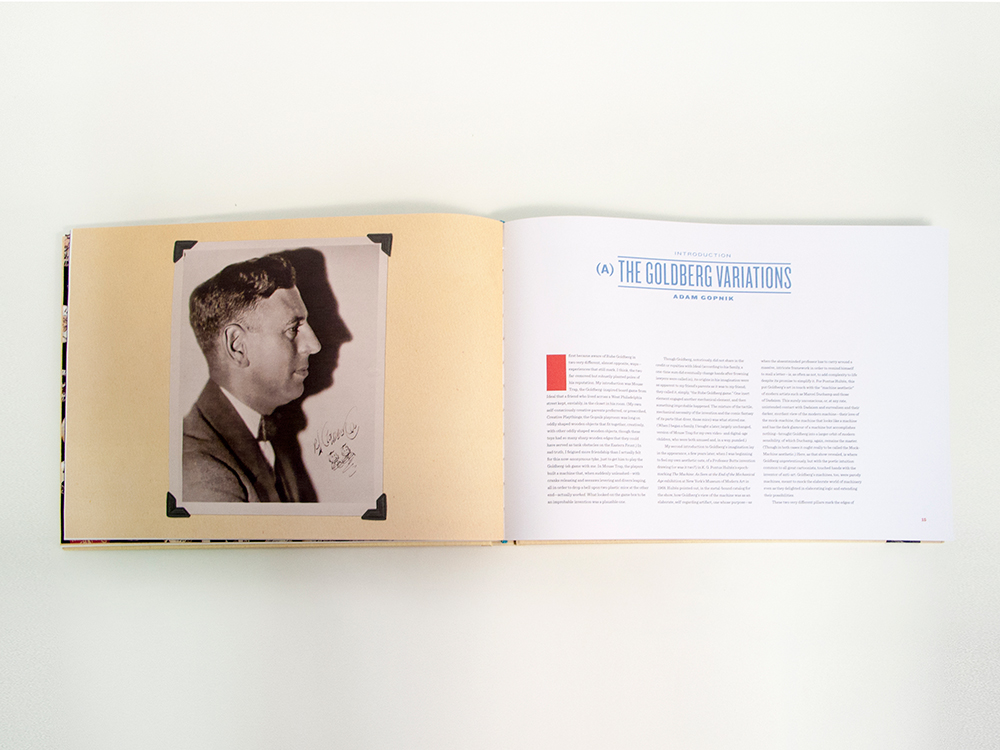 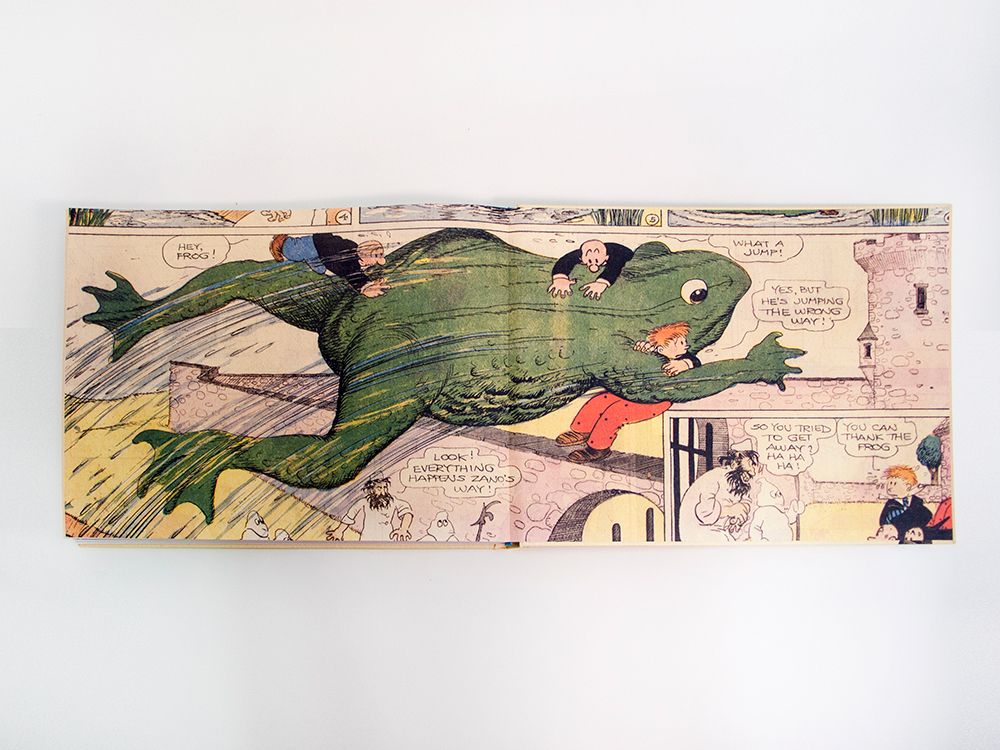 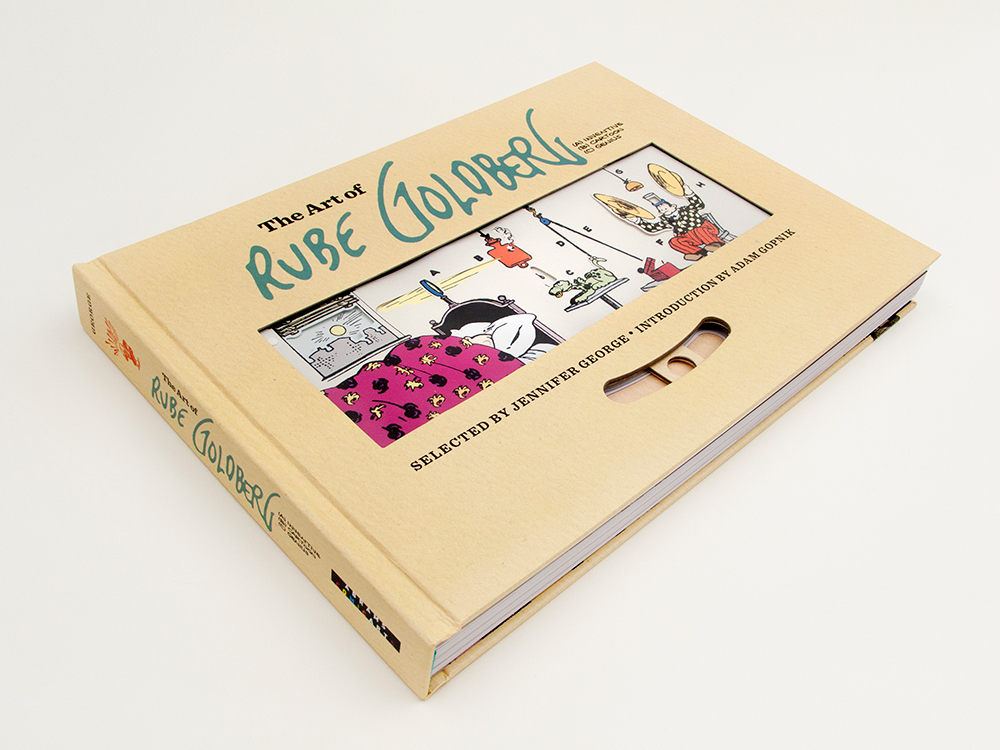 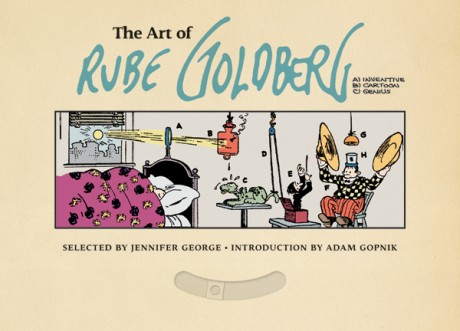 The Art of Rube Goldberg

Not many of us make it into the dictionary as an adjective. But then again, Rube Goldberg was no ordinary noun. He was a cartoonist, humorist, sculptor, author, engineer, and inventor, and in a 72-year career he wrote and illustrated nearly 50,000 cartoons. Goldberg (1883–1970) was the most famous cartoonist of his time, best known for his comical inventions, which were syndicated in daily newspapers throughout the world. Author Jennifer George celebrates all aspects of her grandfather’s career, from his very first published drawings in his high school newspaper and college yearbook to his iconic inventions, his comic strips and advertising work, and his later sculpture and Pulitzer Prize–winning political cartoons. Also included are essays by noted comics historians, rare photographs, letters, memorabilia, and patents, many reproduced here for the first time. Brilliantly designed and packaged to capture the inventiveness of Rube Goldberg’s work, The Art of Rube Goldberg is a coffee table book the whole family can enjoy.
From Merriam-Webster’s Dictionary:
Rube Gold·berg. adjective \rüb-ˈgōl(d)-ˌbərg\: accomplishing by complex means
what seemingly could be done simply <a kind of Rube Goldberg contraption . . . with five hundred moving parts —L. T. Grant>; also: characterized by such complex means. also: Rube Gold·berg·i·an

“Goldberg’s cartoons touch the edge of modern art.”
—Adam Gopnik, from his introduction

Jennifer George is the granddaughter of Rube Goldberg. She is a writer and a jewelry and clothing designer. For almost twenty years her label was carried at Bergdorf Goodman, Barney’s, Saks Fifth Avenue, Bloomingdales, and dozens of other specialty stores across the U.S. She lives in New York City.

Adam Gopnik,staff writer for the New Yorker, is a three-time National Magazine Award winner and author of many books, including Paris to the Moon and Through the Children’s Gate.

Andrew Baron of Popyrus Studio, Inc. came to the world of paper engineering following years as a restorer of antique phonographs, clocks, and other mechanical wonders. His books have won international awards, including the Movable Book Society’s Meggendorfer Prize.

Al Jaffee is an award–winning cartoonist and cultural icon best known for his work in MAD magazine as one of the “Usual Gang of Idiots.” He is the creator, artist, and writer of the MAD Fold-In, Tall Tales, and Snappy Answers to Stupid Questions.

Carl Linich is a scholar, teacher, and performer of traditional Georgian polyphonic singing, and a member of Trio Kavkasia. He is also a visual artist who specializes in original cartoon art.

Peter Maresca is editor and founder of Sunday Press Books, publisher of full-size reproductions of classic comic strips including Little Nemo in Slumberland, Krazy Kat, and others.

Geoff Spear shot all the photography for Batman Collected, Batman Animated, Bat-Manga!, Peanuts: The Art of Charles M. Schulz, and Mythology: The DC Comics Art of Alex Ross. His award-winning photographs have appeared regularly in Vogue, Entertainment Weekly, GQ, Newsweek, and the New York Times, and on numerous book covers.

Paul Tumey is a writer, designer, and comics historian. His recent work can be found in “The Masters of Screwball Comics” blog and in Framed!, his monthly column for the Comics Journal.

Brian Walker has written, edited, and contributed to more than thirty-five books on cartoon art and is the author of the definitive history, The Comics: The Complete Collection.