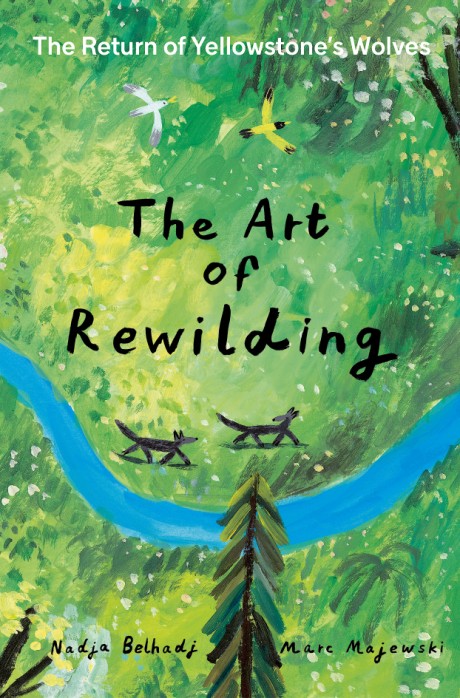 The Art of Rewilding

The Return of Yellowstone’s Wolves

Alongside breathtaking artwork by artist Marc Majewski, Nadja Belhadj delivers her unique perspective on the rewilding of wolves in Yellowstone Park

In 1930, when wolves disappeared from Yellowstone Park, the ecosystem started to collapse. With no wolves, the elk population exploded, directly contributing to overgrazing of young trees and cottonwood plants. This, in turn, led to a decline in songbirds and beavers, the latter of whom rely on willows in winter. As beavers declined in numbers, the lack of damming and shade meant water temperatures rose, and certain cold-water fish could no longer survive in Yellowstone. The missing link in the ecosystem was clear. So 65 years later, after the last known wolfpack had been exterminated from the area, wolves were reintroduced to Yellowstone in 1995. This hardcover accordion book tells two sides to their story.

Marc Majewski is a French author and illustrator based in Berlin. As a child, Majewski discovered a passion for drawing and painting through the works of Gustave Doré, Maurice Sendak, Quint Buchholz, and Symbolist painters. After obtaining a degree in literature and arts, he studied illustration and painting for two years. Majewski’s first book, Un Beau Voyage, was published in 2016. Majewski is passionate about the environment and loves painting landscapes and scenes from the natural world. Nadja Belhadj is a children's book author, editor, and translator—and believer in the power of words. She currently resides in Paris with her young daughter.