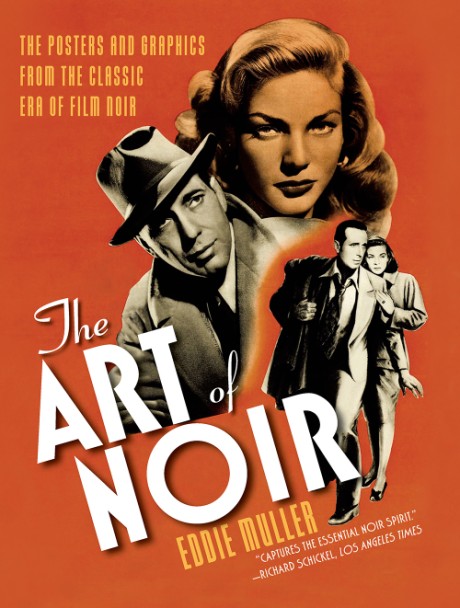 The Art of Noir

The Posters and Graphics from the Classic Era of Film Noir

The poster art from the noir era has a bold look and an iconography all its own. During noir's golden age, studios commissioned these arresting illustrations for even the lowliest "B" thriller. The Art of Noir is the first book to present this striking artwork in a lavishly produced, large-format, full-color volume. The more than 300 dazzling posters and other promotional material range from the classics to rare archive films such as The Devil Thumbs a Ride and Blonde Kiss. With rare offerings from around the world and background information on the illustrators, The Art of Noir is the ultimate companion for movie buffs and collectors, as well as artists and designers.

Eddie Muller, also known as the “Czar of Noir,” is the host of TCM's Noir Alley and author of novels, biographies, movie histories, plays, and films. He also programs and hosts the “Noir City” film festival series. As the founder and president of the Film Noir Foundation, Muller has been instrumental in restoring and preserving more than thirty lost noir classics. Twitter: @EddieMuller