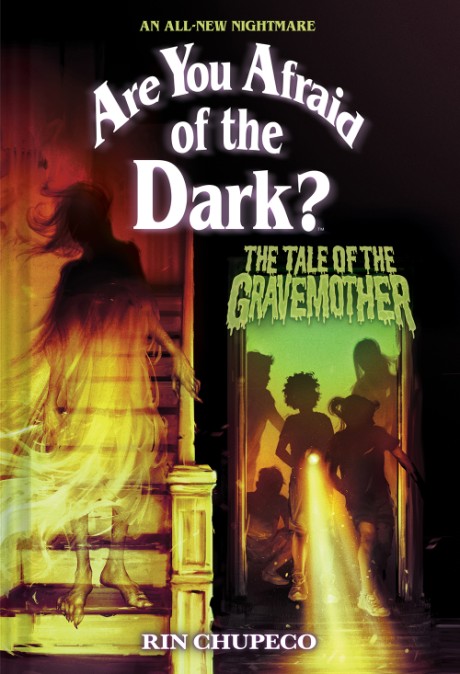 From master horror writer Rin Chupeco comes the nightmarish first novel in an all-new middle-grade horror series inspired by Nickelodeon’s hit TV classic, Are You Afraid of the Dark?

Everyone in Southridge knows about the legend of the Gravemother. They know how to leave offerings by the abandoned house she was supposedly murdered in to pacify her. They know better than to trespass on her property. But not everyone believes in the tale—especially not fourteen-year-old Rhett, who lives around the corner from the old mansion. Then it’s announced that the Gravemother’s place is one of several to be demolished to give way for new townhouses. When disaster strikes the construction site and strange sightings of a woman in white begin haunting the neighbors, Rhett must figure out how to put the ghost permanently to rest before it’s too late. Perfect for fans of the Five Nights at Freddy’s series, these terror-inducing tales—told by members of an all-new Midnight Society—are sure to keep readers up at night.

Rin Chupeco is a Chinese Filipino writer of young adult and middle-grade fiction. In addition to Are You Afraid of the Dark?, they are known for The Bone Witch series, The Girl From the Well series, and The Never-Tilting World series.