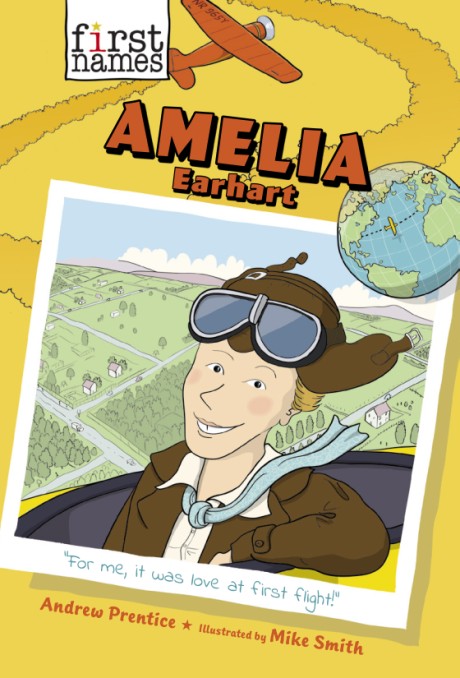 Before Amelia Earhart (1897–1939) became a world-famous pilot, she was a little tomboy from Kansas with a taste for adventure. When she visited an airfield and took a short plane ride, she knew she had to be a pilot. She signed up for flying lessons and cropped her hair short so that the other pilots would take her seriously. She became the first woman to make a solo flight across the Atlantic Ocean. With each flight she took and each record she broke, Amelia became more and more of a celebrity. Her final flight was intended to be a trip around the whole world, but her plane disappeared after takeoff—and her disappearance is still a mystery today. Inspirational, highly illustrated, and full of adventure, Amelia Earhart tells the story of the feminist icon who changed the world of aviation. It includes a timeline, glossary, and index.