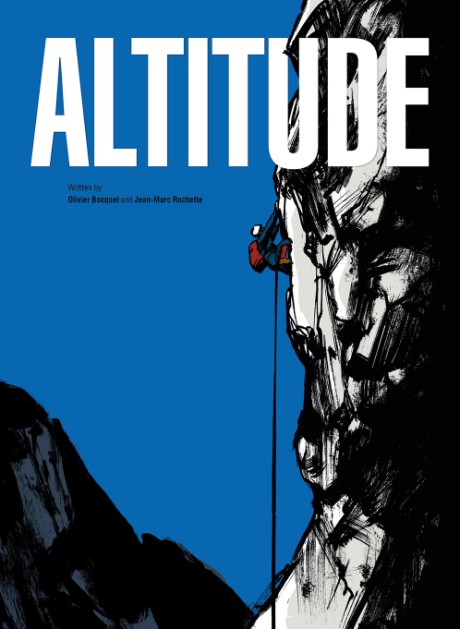 By Oliver Bocquet and Jean-Marc Rochette

At 16, bivouacked on a mountainside beneath a sky filled with stars, Jean-Marc Rochette has already begun measuring himself against some of Europe’s highest peaks. The Aiguille Dibona, the Coup de Sabre, La Meije: The summits of the Massif des écrins in the French Alps, to which he escapes as a teenager, spark both exhilaration and fear. At times, they are a playground for adventure. At others, they are a battlefield. The young climber is acutely aware that death lurks in the frozen corridors of this Alpine range.

In Altitude, Rochette tells the story of his formative years, as a climber and as an artist. Part coming-of-age story, part love letter to the Alps, this autobiographical graphic novel captures the thrill and the terror invoked by high mountains, and considers one man’s obsession with reaching the top of them.