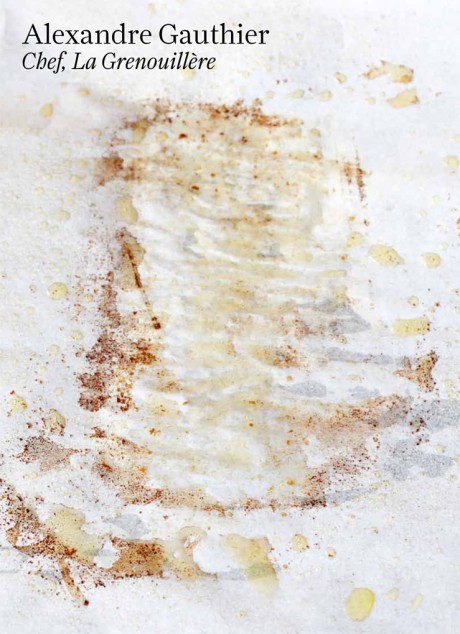 Since 2003, Alexandre Gauthier has been the chef at La Grenouillère, a 16th-century farmhouse by the river Canche in La Madelaine-sous-Montreuil in northern France. There, he creates a highly personal cuisine, a snapshot of every season. Powerful, warm, sensuous, earthy yet delicate, it rests on the building blocks of a classic French cuisine that he has stripped of its formality and unnecessary intricacies. In this lush volume, superb photographs by Marie Pierre Morel showcase Gauthier’s food and the beauty of the region, where La Grenouillère has become an important destination for food lovers from all over the world. Here, he offers 100 of his culinary creations to read, to cook, to consider.

Alexandre Gauthier trained first at the Hotel Management School in Le Touquet, France, then worked in several kitchens under chefs with different cooking styles. Since 2003 he has been the chef-owner of La Grenouillère, located in La Madelaine-sous-Montreuil in the Pas-de-Calais department of France.  In 2007 he opened Froggy’s Tavern, a modern grill restaurant also in Montreuil-sur-Mer, followed in 2009 by Les Grandes tables du Channel, his new restaurant in Calais.

Alexandre Gauthier is a regular speaker at culinary festivals and seminars worldwide and has twice been invited to cook at Fou de France– an event that showcases promising French talent: first in Paris (September 2005), then in Tokyo (March 2008).

In May 2011 he commissioned French architect and kindred spirit Patrick Bouchain to redesign La Grenouillière. The kitchens were entirely renovated to reflect the distinctive style of one of the world’s best young chefs – a creator of signature dishes, with a bold and uncompromising personal imprint.