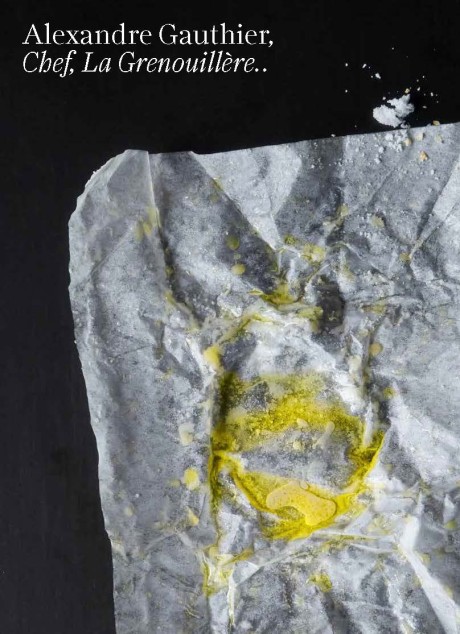 Welcome to La Grenouill.re, the acclaimed restaurant opened in a 16th-century farmhouse in 2003 by chef Alexandre Gauthier. There, Gauthier has
created a meticulous contemporary cuisine rooted in a rich and unique territory in northern France. La Grenouill.re—awarded two Michelin stars—was renovated in 2011 by architect Patrick Bouchain, and this second incarnation of the restaurant has, like the first, become a key destination for food lovers from all over the world. Here, in Gauthier’s second book, are 100 new recipes, inviting you to discover the superb work of this acclaimed chef.

Alexandre Gauthier is an acclaimed French chef. He is a regular speaker at culinary festivals and seminars worldwide and has won numerous awards. He was knighted in 2012 and made an Officer of the Order of Arts and Letters in 2019. Marie Pierre Morel is a French photographer whose works have appeared in many books.