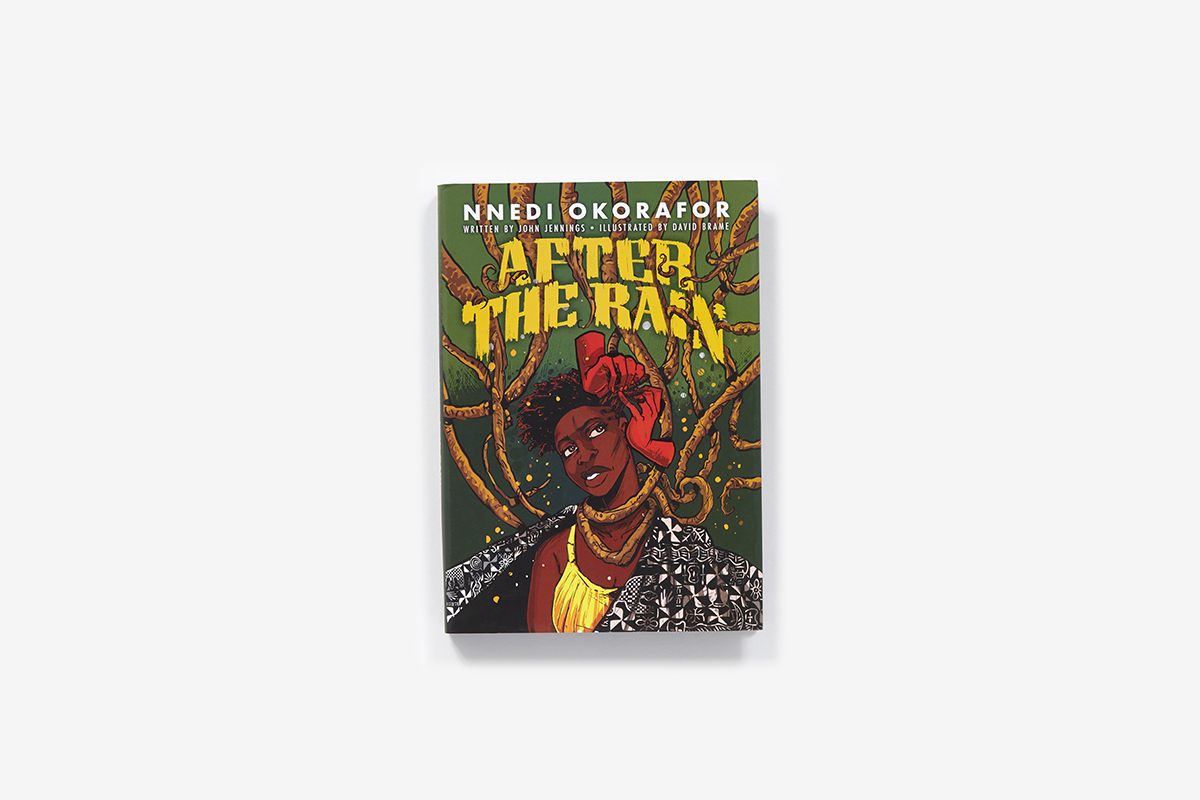 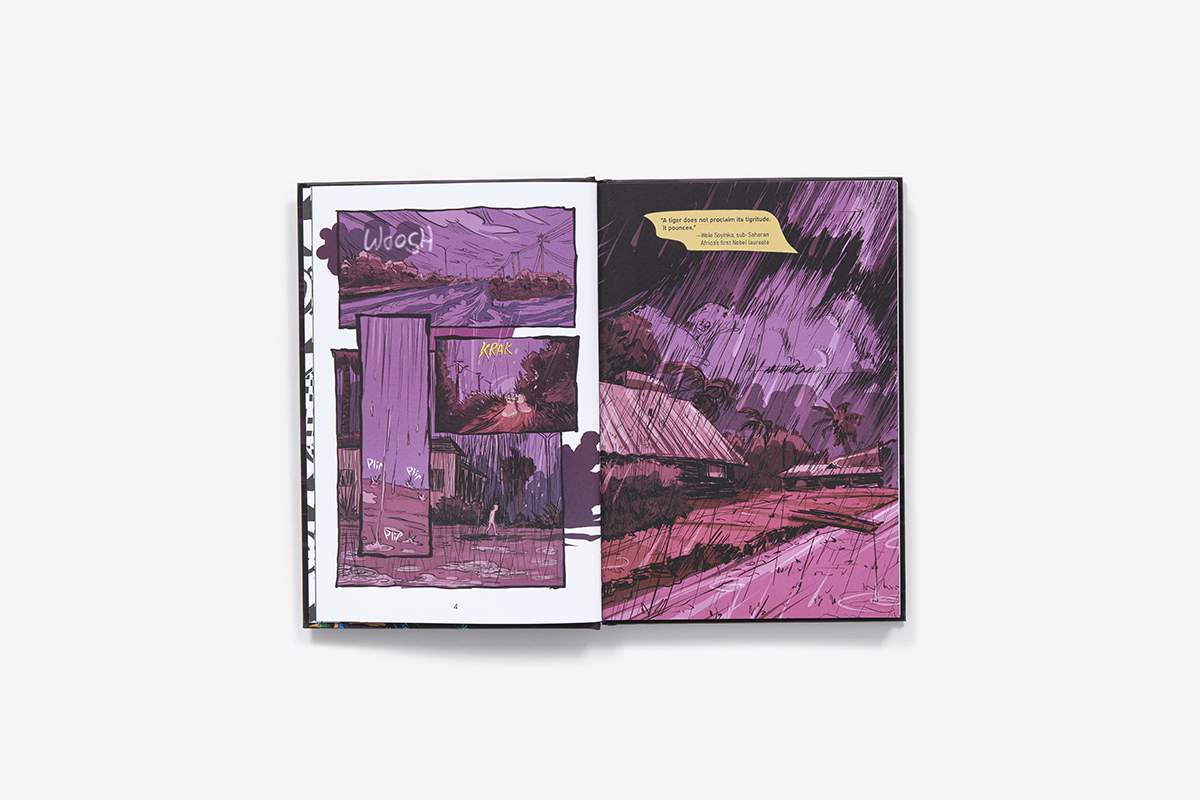 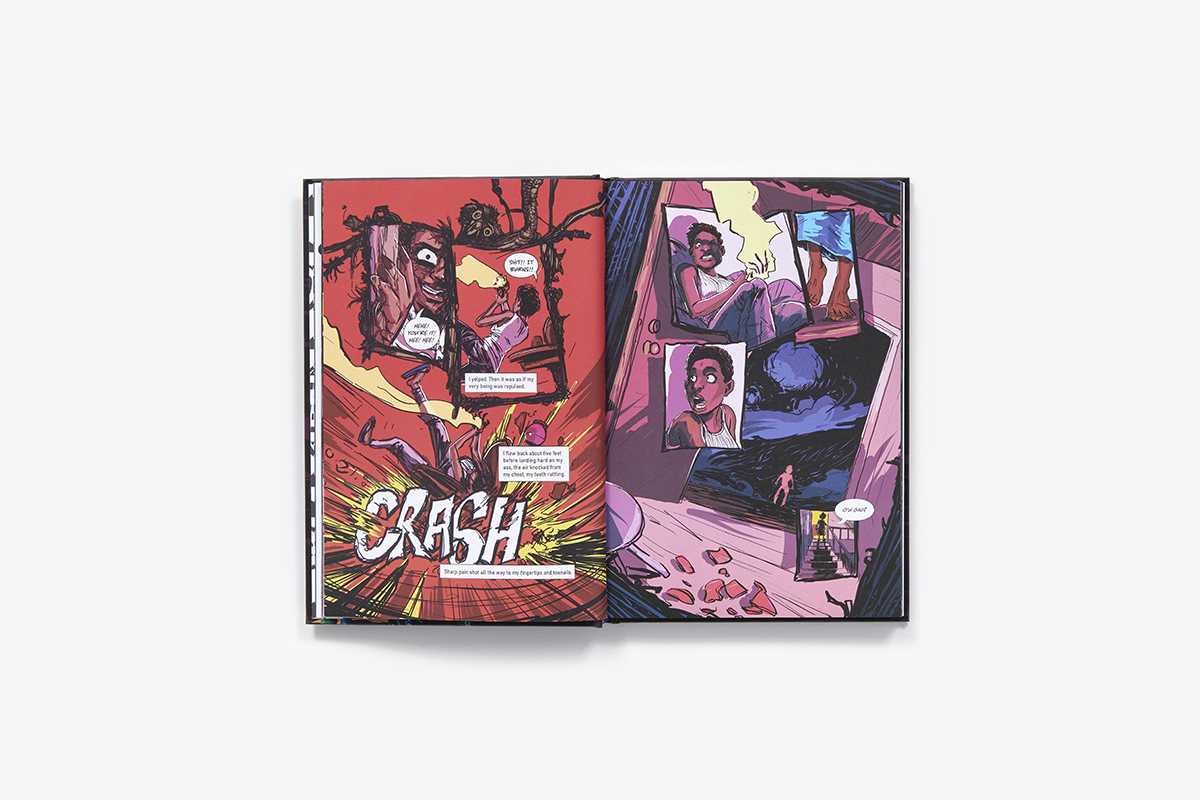 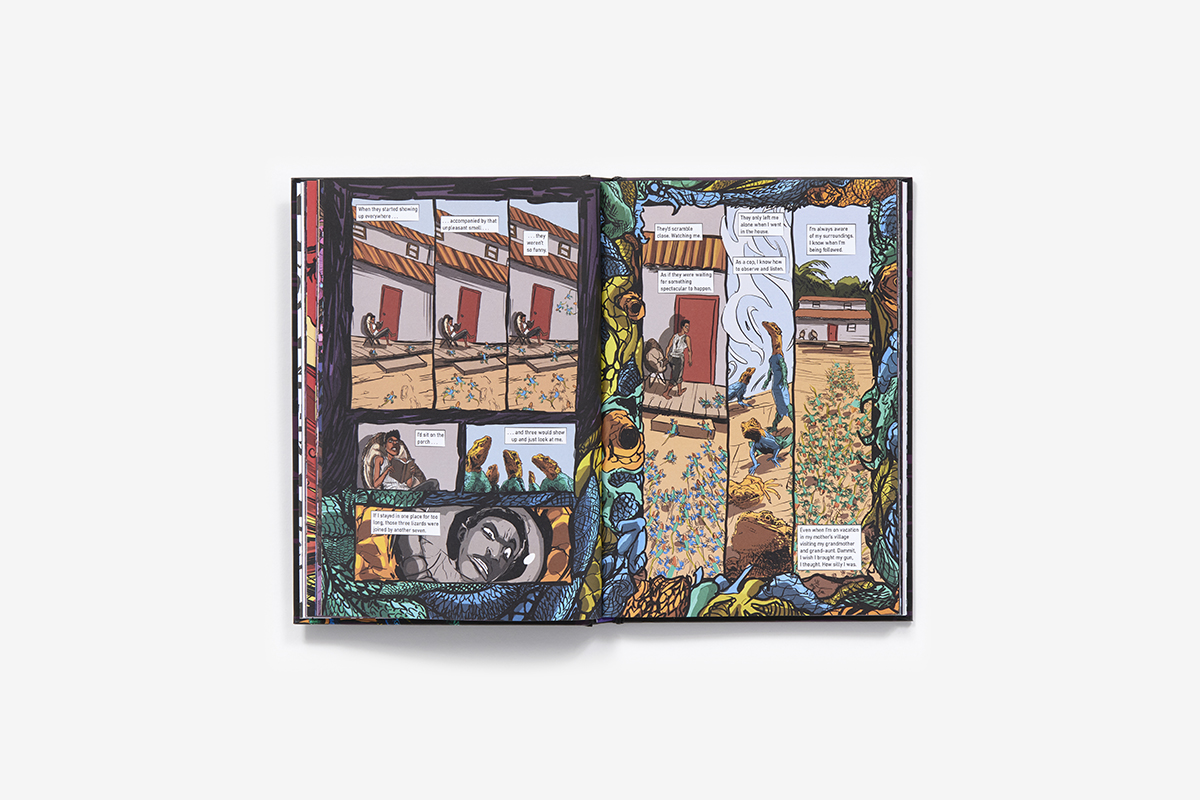 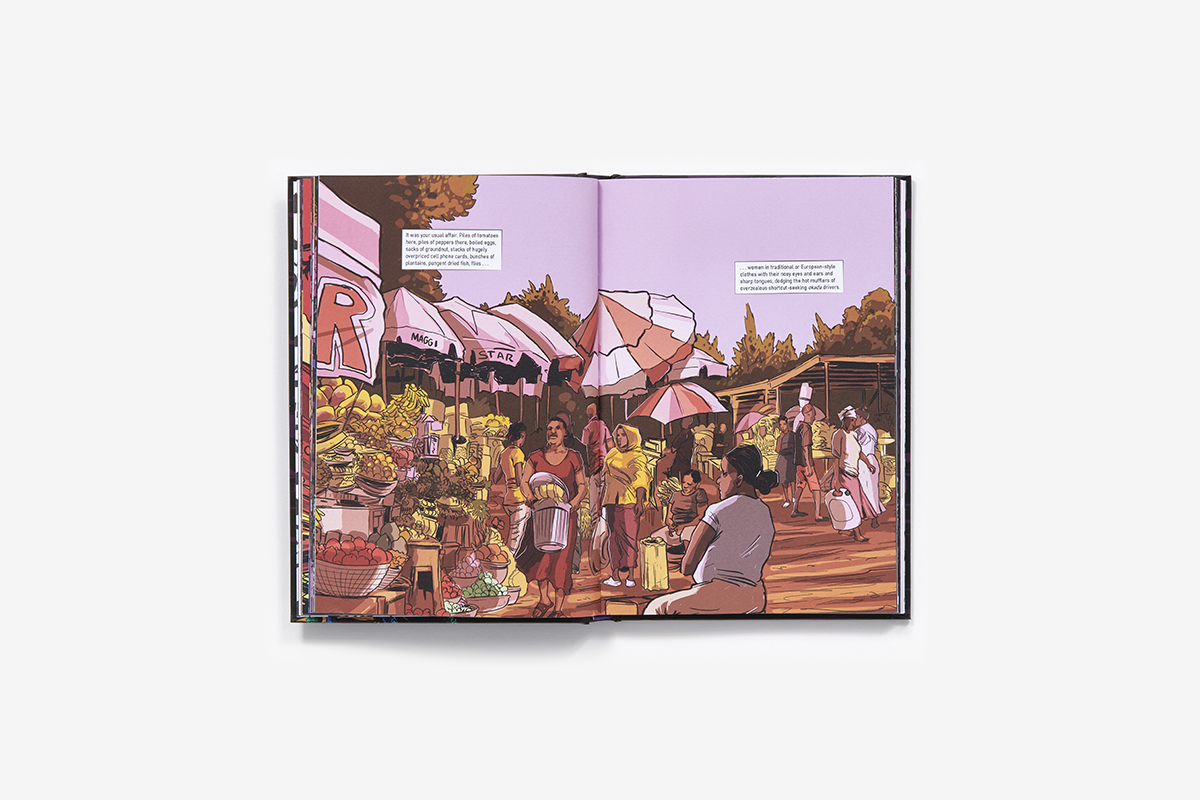 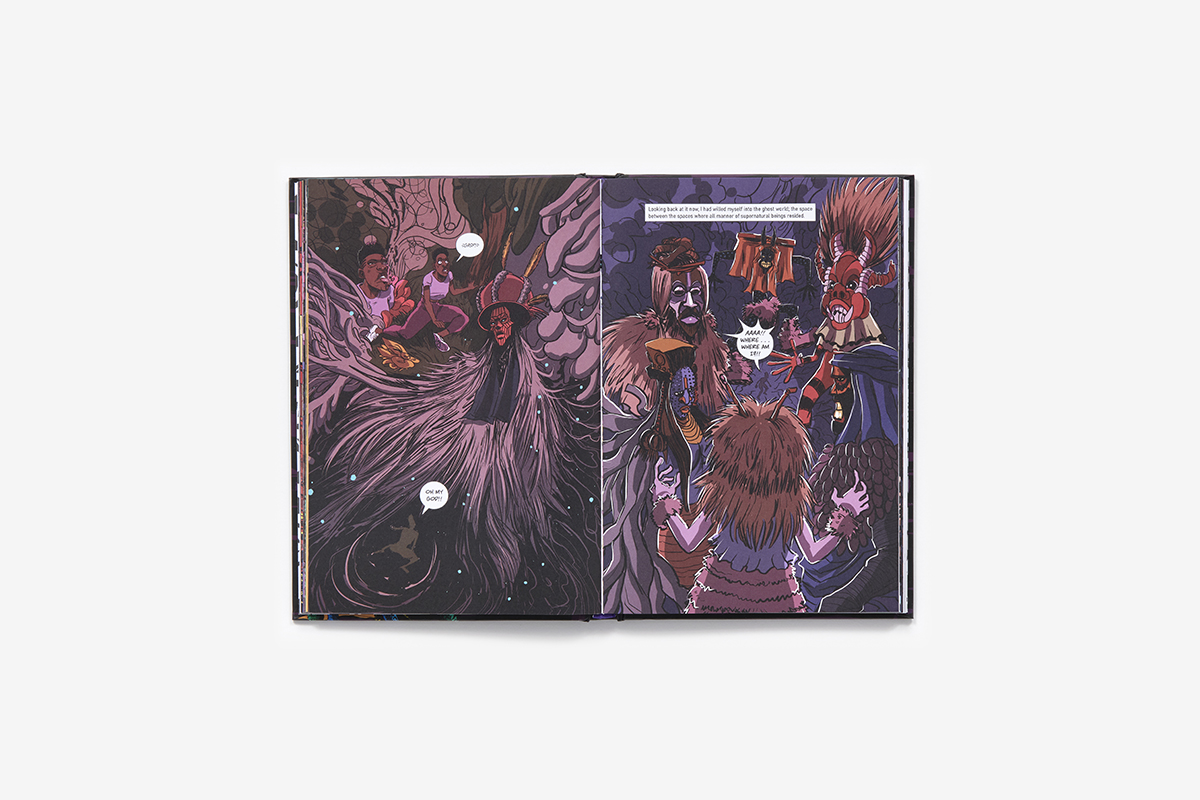 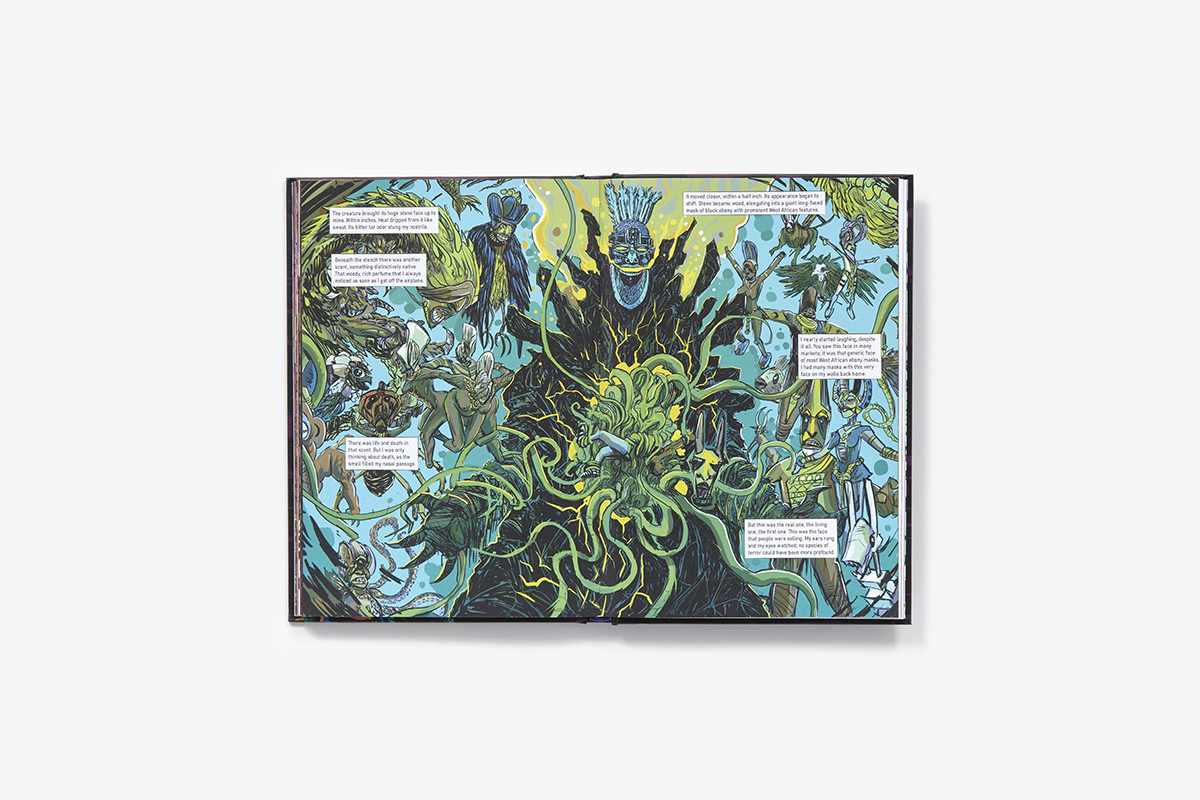 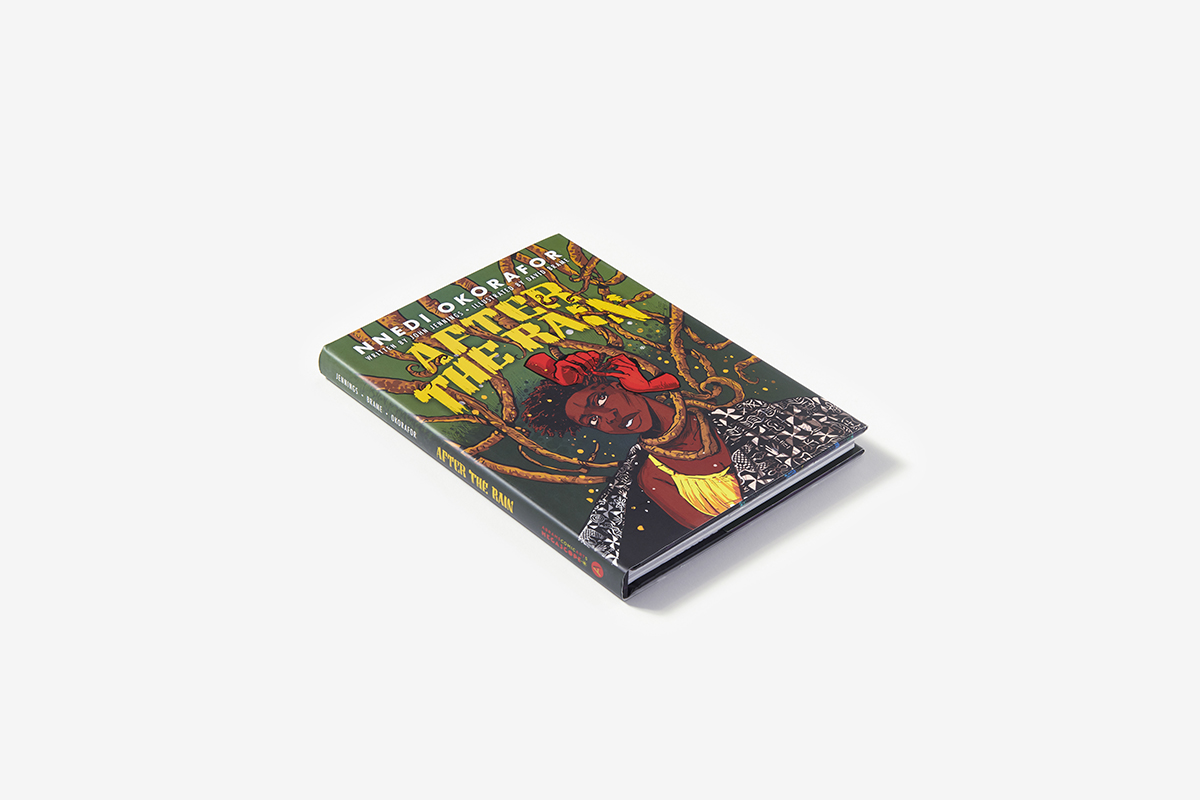 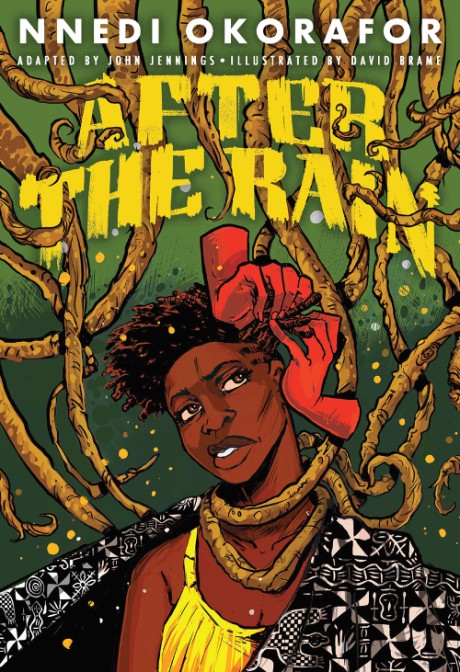 During a furious storm a young woman’s destiny is revealed . . . and her life is changed forever

After the Rain is a graphic novel adaptation of Nnedi Okorafor’s short story “On the Road.” The drama takes place in a small Nigerian town during a violent and unexpected storm. A Nigerian-American woman named Chioma answers a knock at her door and is horrified to see a boy with a severe head wound standing at her doorstep. He reaches for her, and his touch burns like fire. Something is very wrong. Haunted and hunted, Chioma must embrace her heritage in order to survive. John Jennings and David Brame’s graphic novel collaboration uses bold art and colors to powerfully tell this tale of identity and destiny.

“Brame’s bold and arresting use of color and shading lends an unnerving atmosphere to the setting, while his attention to facial expressions injects the panels with emotion. This mostly faithful adaptation honors Okorafor’s voice and paints a potent portrait of Nigeria and its folklore.”
Publishers Weekly —

“This exploration of trauma and family history through the body is perfectly adapted to the graphic medium.”
Booklist —

“After the Rain is far more than a well-rendered tribute to a trailblazing black female writer. In this case, it's also a kind of visual incarnation of the story's theme… You don't simply observe Chioma's unwilling confrontation with the world her ancestors mythologized, you experience it.”
NPR Books —

“Jennings paints an initially terrifying reality, highlighting the vulnerability of self-discovery and the tension of being from two different worlds and cultures. Part horror, part magical realism, this #OwnVoices story is a worthwhile addition to any collection.”

“After the Rain explores the boundaries we draw within ourselves, the way we seek to compartmentalize to fit in, and the remarkable people we find within ourselves when we break those barriers down.”
Book Riot —

“After The Rain is an intense realization of Okorafor’s short story and uses the horror elements to thematic effect in a visceral and important way, and as a statement of intention for what will follow at Megascope, it hints at exciting work to come.”
Comics Beat —

“…the story is best experienced rather than described, since its force is in its lush visuals and destabilizing twists. Okorafor’s original language gets heavily employed in swathes of text boxes and Damian Duffy’s kinetic lettering. That text from Okorafor’s story conveys the fearsome uncertainty in being carried into this frightening sequence of otherworldly trials.”
Multiversity Comics —

Nnedi Okorafor, PhD, is a Nigerian-American author of African-rooted science fiction and fantasy. Her works include Who Fears Death, the Binti trilogy and the Akata series. John Jennings is the curator of the Megascope list and illustrator of the graphic novel adaptations of Octavia E. Butler’s Kindred and Parable of the Sower. He is a professor of media and cultural studies at the University of California, Riverside. David Brame is a talented comics artist who has worked on titles such as Box of Bones and Necromancer Bill. He lives in Mexico.