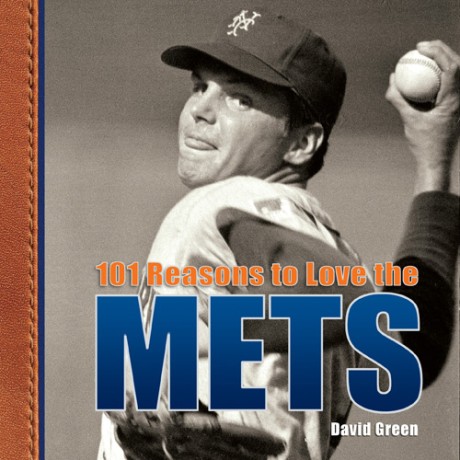 101 Reasons to Love the Mets

The exodus of the New York Giants and the Brooklyn Dodgers to the west after the 1957 season left a gaping hole in the fabric of the New York sports community. In 1962, the New York Mets stepped in to fill the void – an impossible task for any expansion team, but especially for this band of lovable losers in a city spoiled by the success of the New York Yankees. Led by the inimitable Casey Stengel, the '62 Mets set the mark for futility in major league baseball, winning a mere 40 games while losing 120.

It didn't get much better in the ensuing years – until 1969. It was then that the Miracle Mets, just two years removed from losing 101 games, shocked the world, defeating the powerhouse Baltimore Orioles in the World Series, 4 games to 1. Seventeen years later, the bad boys of '86 pulled off one of the most remarkable comebacks in sports history when they defeated the cursed Boston Red Sox to win the Mets' second world championship. And in 2000, the Amazin' Mets fought their way into a Subway Series showdown with the crosstown rival Yankees.

Along the way, throughout the ups and downs, the cast of characters, both Hall of Famers and underachievers, has rarely failed to entertain. Through vintage and modern photos, baseball cards, memorable stories, and sports trivia, 101 Reasons to Love the Mets celebrates this one-of-a-kind team.