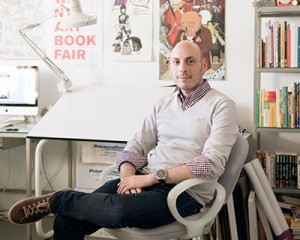 Neil Swaab is an NYC-based illustrator whose work has appeared in the New York Times, the Utne Reader, the Village Voice, and most recently, James Patterson’s Middle School: My Brother Is a Big, Fat Liar. Swaab has also illustrated posters for Broadway shows and worked on Adult Swim’s Superjail!, Comedy Central’s Ugly Americans, and Cartoon Network’s Annoying Orange. Learn more about Swaab at neilswaab.com.