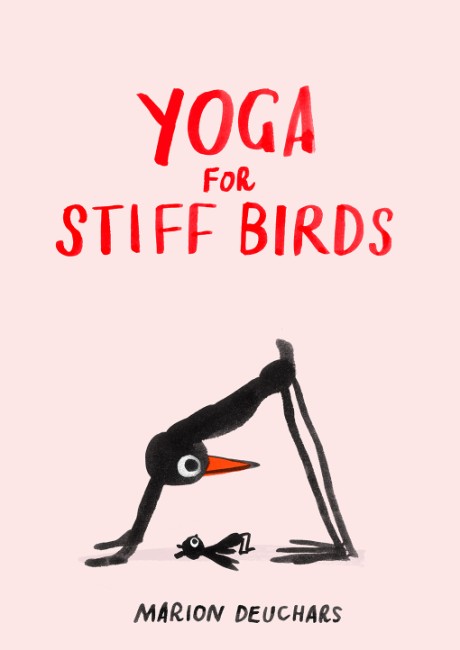 Loosen up with a smile on your face!

Marion Deuchars has practiced yoga for many years and knows well the benefits it brings. Now she shares that passion with her illustrated character Bob the Bird, whose expressive poses will charm you into a reviving session of yoga breathing, stretching, posing, and mindfulness. Yoga for Stiff Birds rejects the clichés of studio photography in favor of a more immediate, inviting look. With a few brushstrokes Deuchars helps Bob into every position from the downward-facing dog to the tree. Both useful and inspiring, her art will raise a smile, whether you’re a regular practitioner or a yoga novice, and will encourage even the creakiest reader to breathe, stretch, and bend like they never have before.

Marion Deuchars’s distinctive and individual style has established her as one of the UK’s leading visual creatives. Her lettering has appeared on the Royal Mail’s stamps, in Jamie Oliver’s cookbooks, in Cass Art’s shop windows, the pages of the Guardian, and on numerous book covers; she has won Gold and Silver awards at the Art Directors Club NY and three D&AD yellow pencils. Along the way she has also written numerous books for artists young and old, including Let’s Make Some Great Art, Bob the Artist, Art Play, and Colour;  these have been translated into numerous languages, including French, German, Spanish, Italian, Catalan, Japanese, Chinese, Portugese, and Dutch.