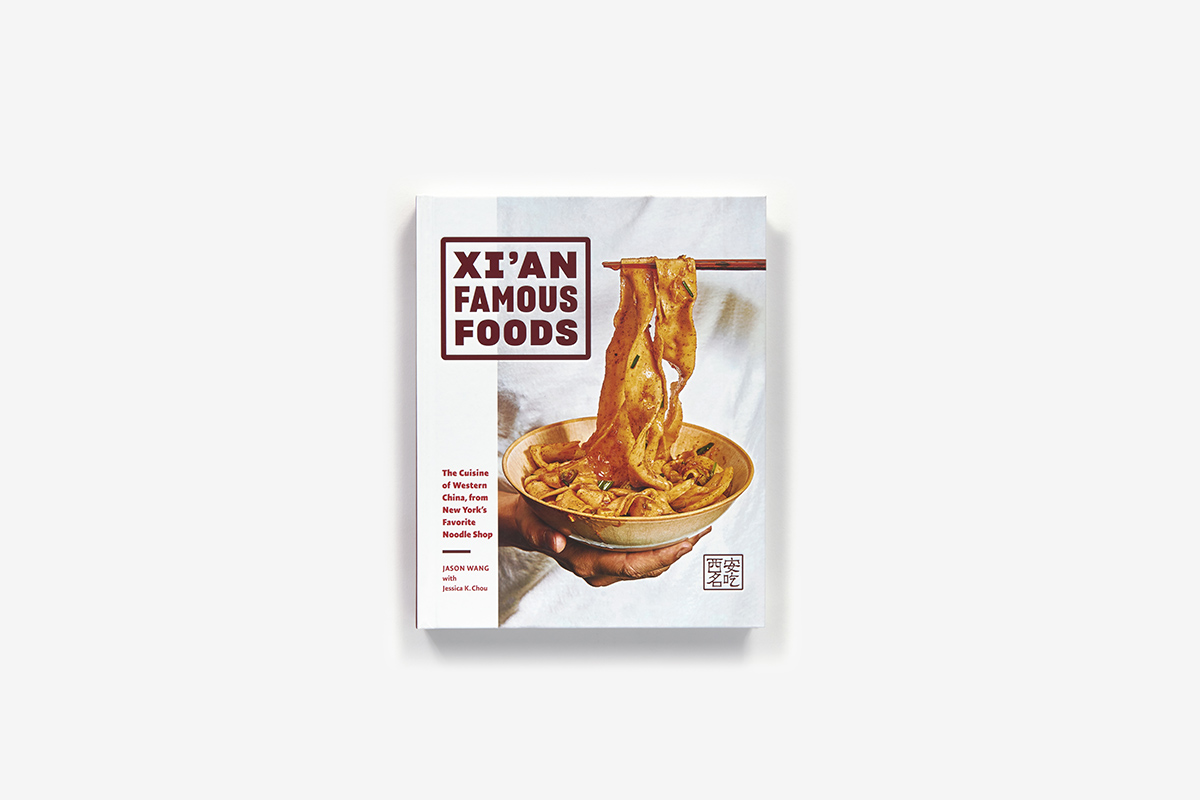 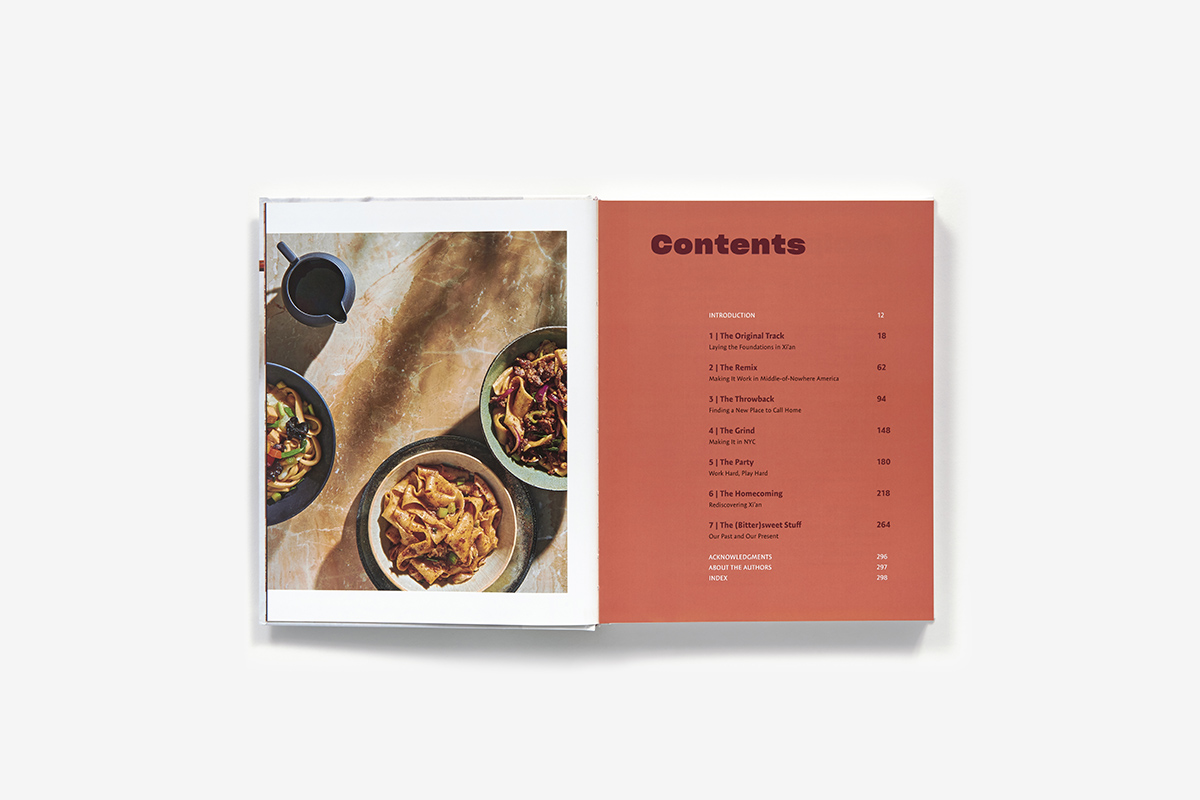 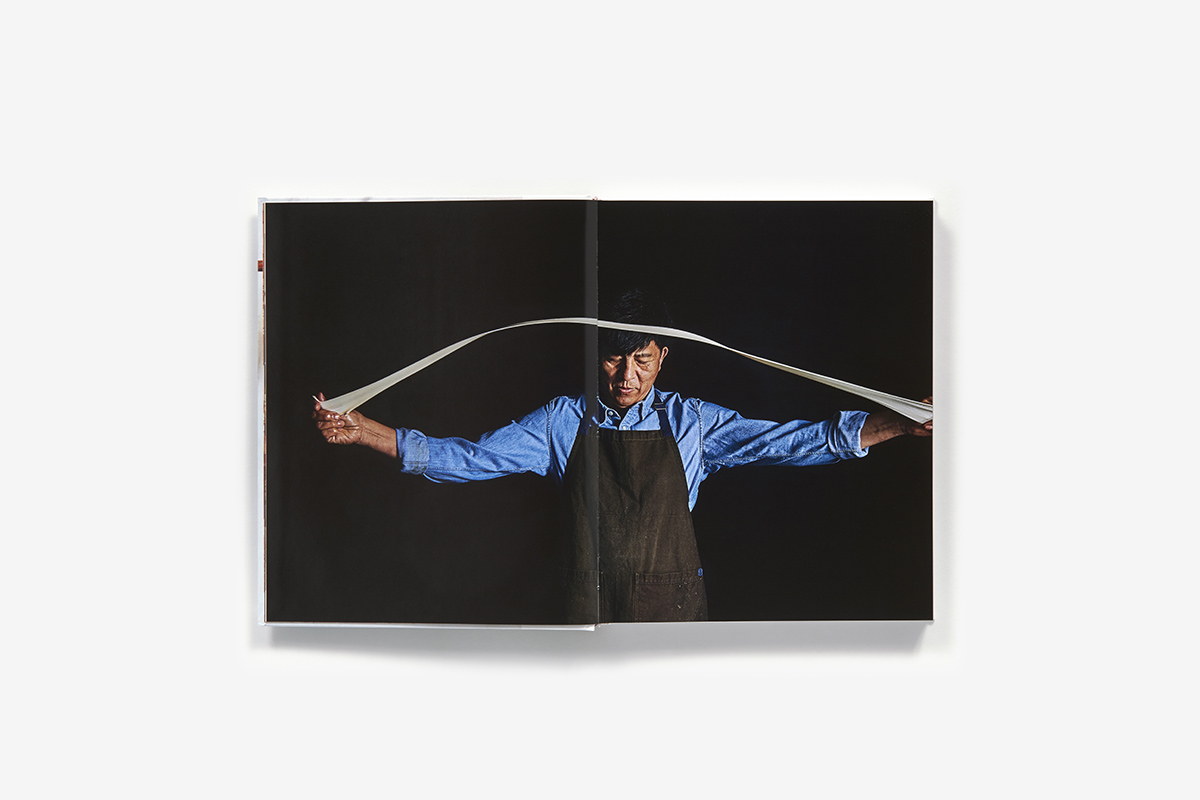 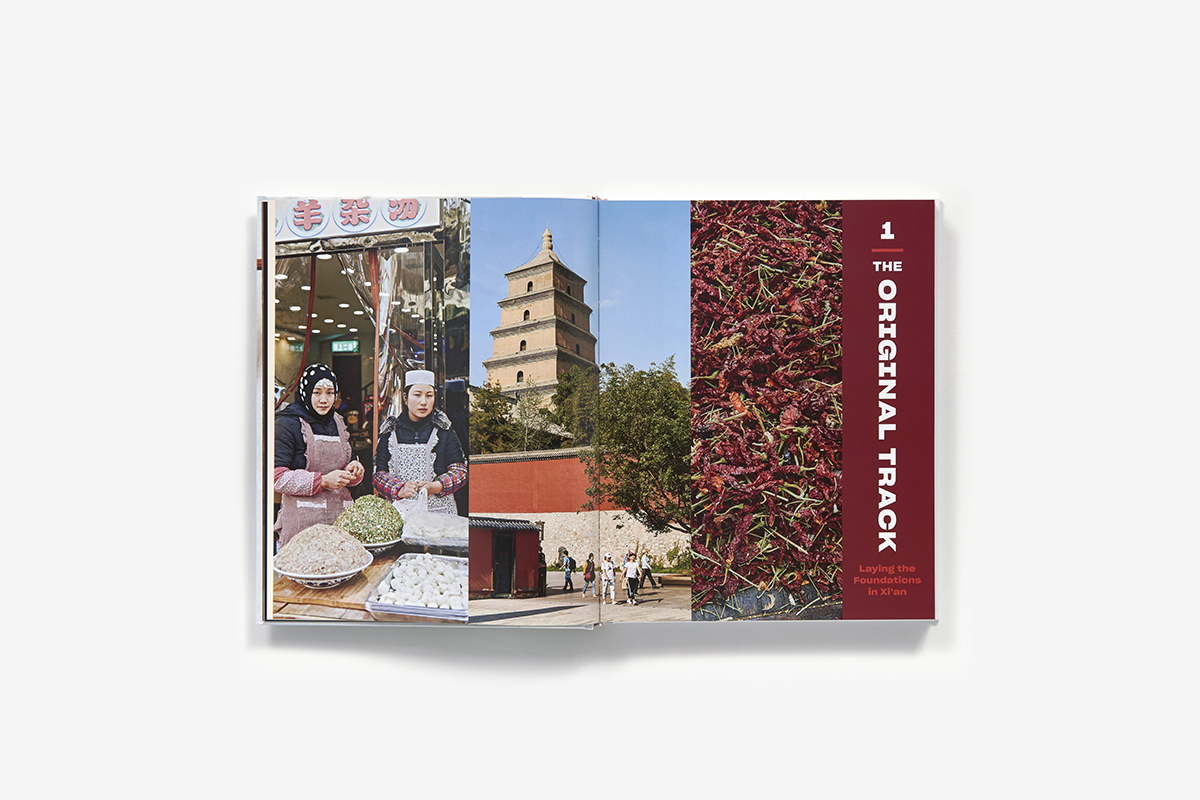 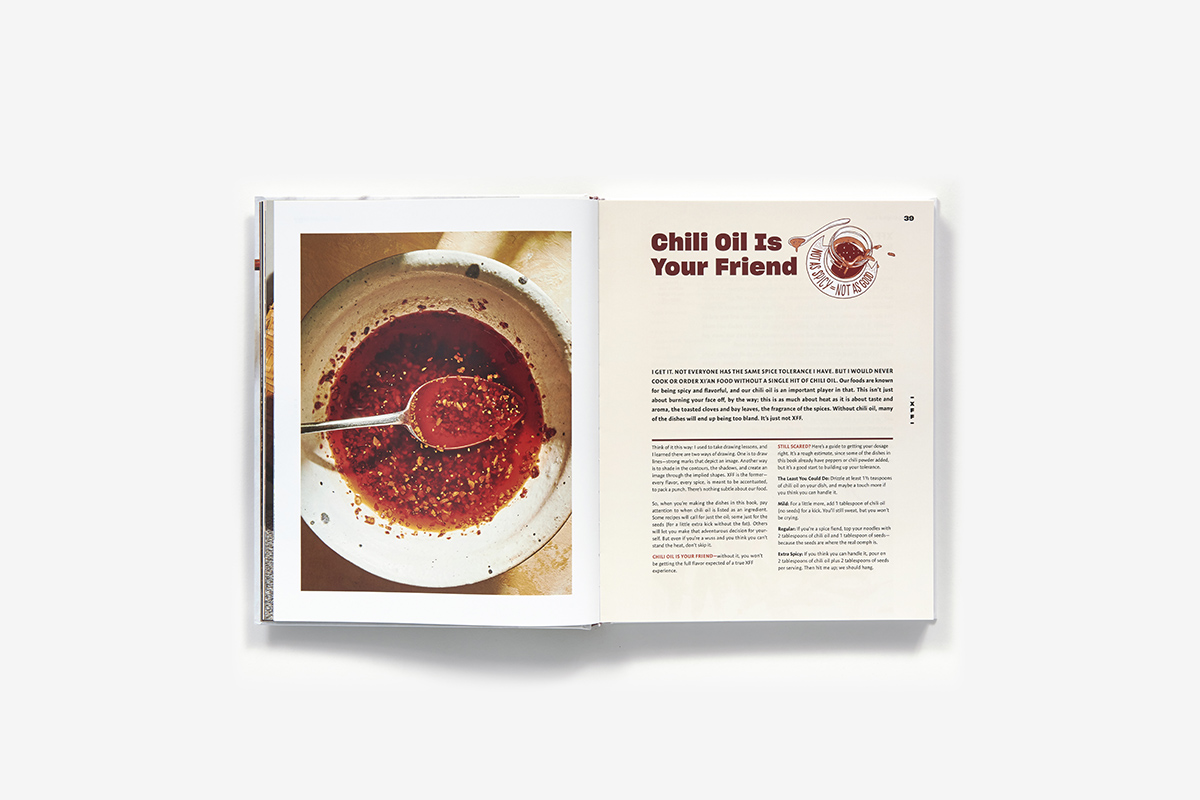 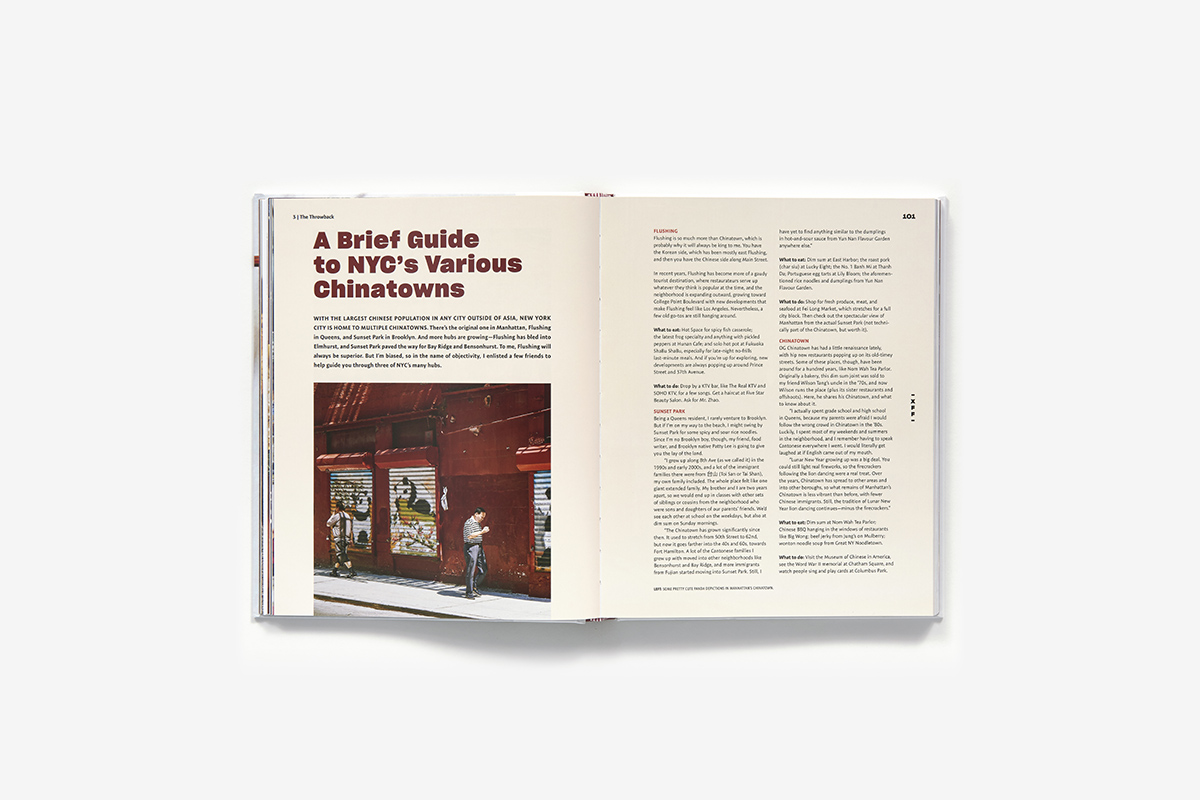 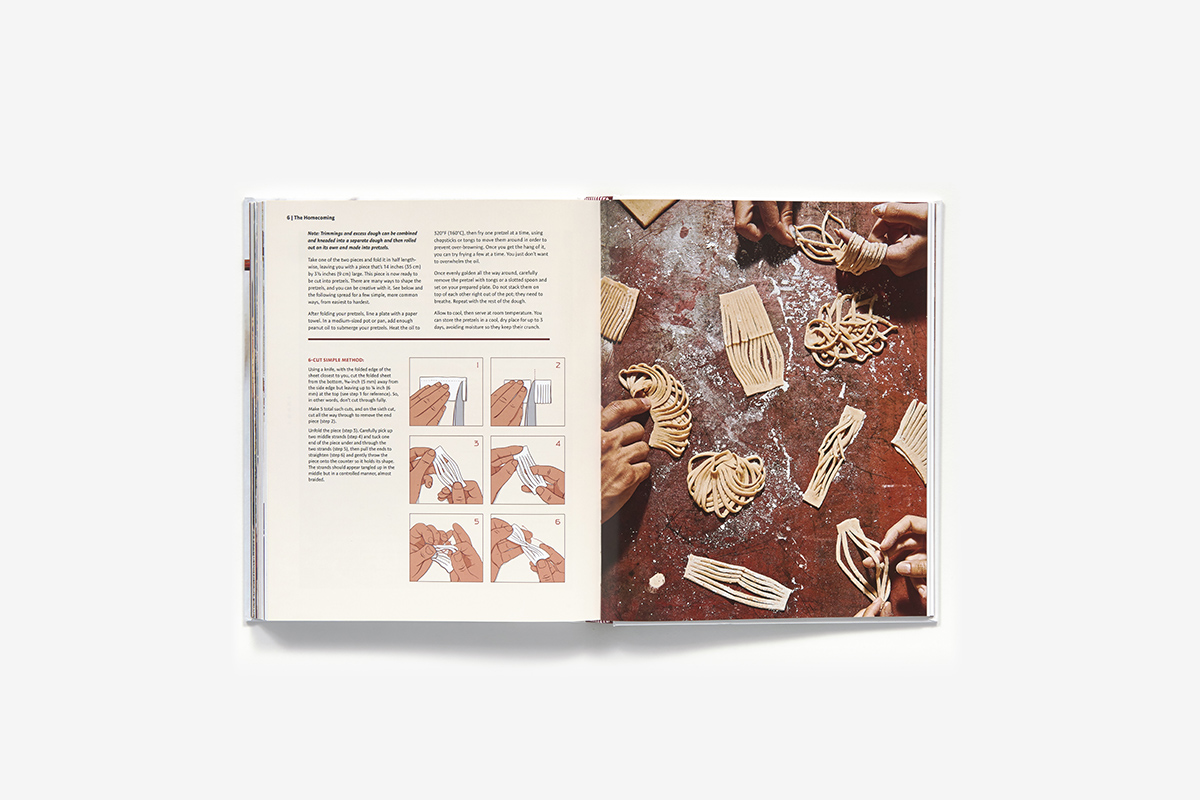 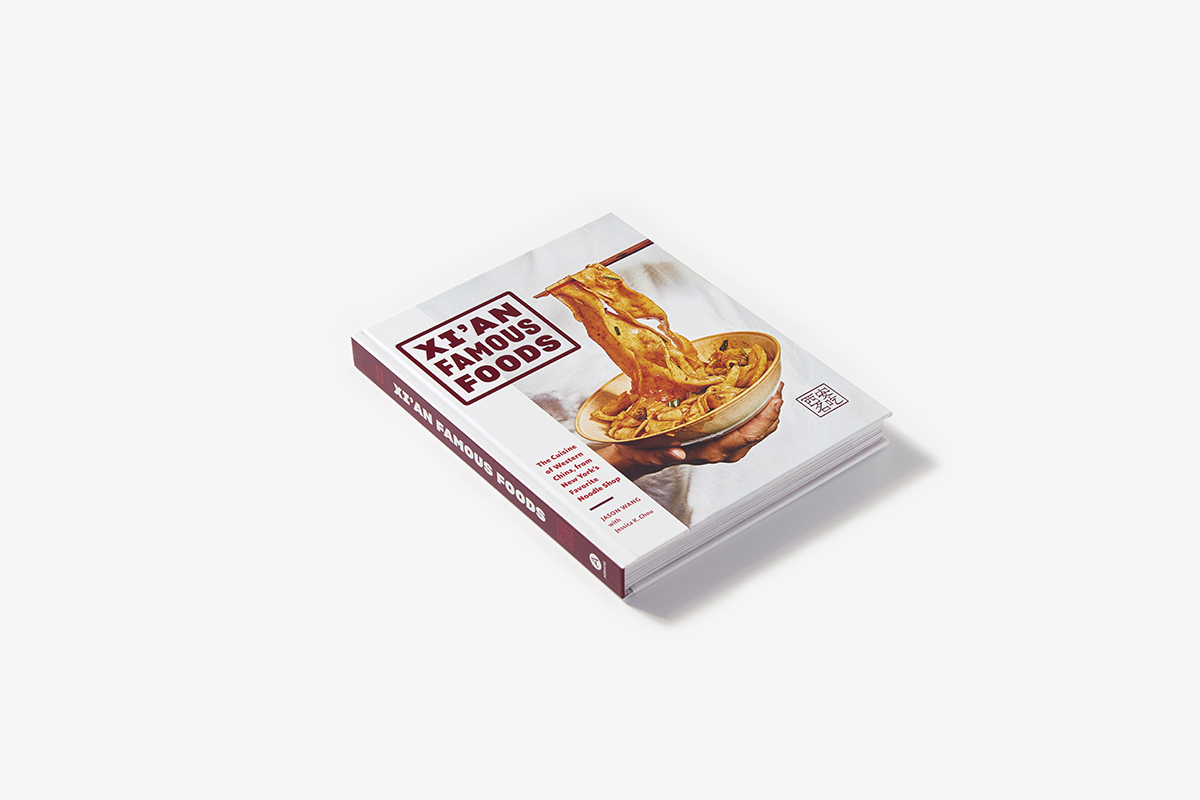 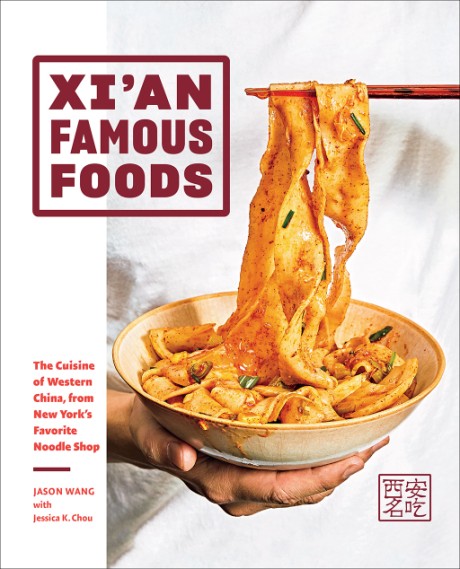 “Vibrant photography . . . as satisfying to flip through as it is to cook from.” ―New York Times
“For any cook or foodie, having access to these recipes is almost unfair.” ―Richard Blais, winner, Top Chef All-Stars
“A cultural chronicle of both cuisine and the immigrant experience in America.” ―Vogue

Since its humble opening in 2005, Xi’an Famous Foods has expanded from one stall in Flushing to 14 locations in Manhattan, Brooklyn, and Queens. CEO Jason Wang divulges the untold story of how this empire came to be, alongside the never-before-published recipes that helped create this New York City icon. Recipes include:

Wang writes in his introduction, “Here it is, the never-been-told version of how the XFF empire came to be—the random weird pit stops along the way; the family drama behind the scenes; the labor hidden in the secret recipes, and, yes, some really f*cking good spicy cumin lamb.”

“When I moved to New York to open Pok Pok, I ate at Xi’an Famous Foods probably two or three times a week for months, working my way through the menu of dishes that were unknown to me at that time but came blazing right up my alley. The spicy, herbaceous, meaty flavors and textures of Xi'an cuisine bowled me over; I was hooked. Today, I no longer live in NYC and one of the things I miss the most are XFF Liang Pi Cold Skin Noodles, so when Jason sent me this book I hoped to find the secrets that would allow me to replicate that haunting flavor here in the cold Pacific Northwest . . . and I'm happy to say that Jason has revealed all!”

“Xi'an Famous Foods is one of the few restaurants I always make sure to eat at when I visit NYC. I'm so excited that this cookbook provides a way for me to have their yummy dishes on the West Coast.”

“Xi’an Famous Foods is one of the most delicious, craveable, and hottest restaurant concepts I’ve encountered in my life. There are days I’ve had three meals in their restaurants. For any cook or foodie, having access to these recipes is almost unfair. We’re all about to level up.”
winner of Top Chef All-Stars, Richard Blais —

“No one has done more for the popularization of the flavors of northwest China in the US than Xi’an Famous Foods. This impressive new cookbook goes far beyond XFF’s most recognizable dishes, providing a cultural education through Jason’s personal lens. It’s distinctly Xi’an Famous Foods, a blend of Chinese and American sensibilities.”

“With the publication of chef-restaurateur Jason Wang's cookbook Xi'an Famous Foods: The Cuisine of Western China, from New York's Favorite Noodle Shop, people all over the world can create their own versions of these assertively spiced (but not all that incendiary), soul-warming dishes. And as an added bonus, the book offers something that Wang's restaurants can't—an unflinchingly honest and heart-wrenching account of his family's unlikely path to restaurant success."
founder of Serious Eats and author of Serious Eater, Ed Levine —

“Jason and his family have introduced a generation of New Yorkers to the flavors of his hometown of Xi’an. I've been thrilled to watch him turn the original shop into a small empire, where my friends now know liang pi, tiger vegetables salad, and Mt. Qi pork with hand-ripped noodles. This book will bring these dishes to broader audiences. The flavors are from Xi’an, but many of the dishes are inventive new combinations—native to New York.”
journalist and New York Times bestselling author of The Fortune Cookie Chronicles, Jennifer 8. Lee —

“The debut cookbook from the New York City restaurant chain Xi’an Famous Foods is worth picking up whether or not you have slurped the restaurant’s hand-pulled noodles. This is a book on how to operate a food business — CEO Jason Wang outlines five lessons to know before diving into the business and strips away the glamor of running a restaurant empire. It’s also a food history of the flavors of Xi’an, China. With so many layers to appreciate, Xi’an Famous Foods is a prime example of what a restaurant cookbook can be.”
Eater —

“With its vibrant photography and storytelling, this book, written with Jessica K. Chou, is as satisfying to flip through as it is to cook from.”
The New York Times —

“In this highly anticipated cookbook, Xi’an Famous Foods CEO Jason Wang reflects on the humble beginnings of his family business, founded in Queens by his father in 2005. But he also introduces readers to his birthplace of Xi’an — the city that inspired the iconic noodle shop's most adored dishes, like biang biang noodles seared in oil with cumin-rubbed lamb.”
Travel + Leisure —

“This book, written by Xi'an CEO Jason Wang, offers basic cooking skills for noodle-freaks like me who are adept at ordering Western Chinese food but completely inept at cooking it. I'm a devoted customer at the Xi'an noodle shops but never imagined those chewy spiced dishes were easy to make at home.”
CNN Travel —

“Oftentimes, in cookbooks, the text is secondary to the recipes. But don’t skip over the words in Xi’an Famous Foods—they serve as a cultural chronicle of both cuisine and the immigrant experience in America.”
Vogue —