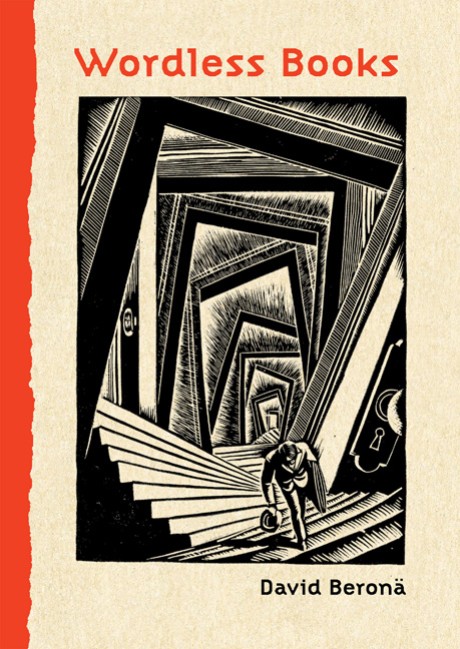 By David A. Beronä
Introduction by Peter Kuper

"Wordless books" were stories from the early part of the twentieth century told in black and white woodcuts, imaginatively authored without any text. Although woodcut novels have their roots spreading back through the history of graphic arts, including block books and playing cards, it was not until the early part of the twentieth century that they were conceived and published. Despite its short-lived popularity, the woodcut novel had an important impact on the development of comic art, particularly contemporary graphic novels with a focus on adult themes.

Scholar David A. Beronä examines the history of these books and the art and influence of pioneers like Frans Masereel, Lynd Ward, Otto Nückel, William Gropper, Milt Gross, and Laurence Hyde (among others). The images are powerful and iconic, and as relevant to the world today as they were when they were first produced. Beronä places these artists in the context of their time, and in the context of ours, creating a scholarly work of important significance in the burgeoning field of comics and comics history.

David A. Beronä is a member of the visiting faculty for the Center for Cartoon Studies in White River Junction, Vermont. A recognized scholar on woodcut novels and wordless books, Beronä is also the library director at Plymouth State University, New Hampshire and a reviewer and contributor to International Journal of Comic Art, Print Quarterly, and Library Journal. He lives in Gilmanton, New Hampshire.

Peter Kuper is an accomplished illustrator whose work appears regularly in Time, Newsweek, The New York Times, and MAD Magazine.