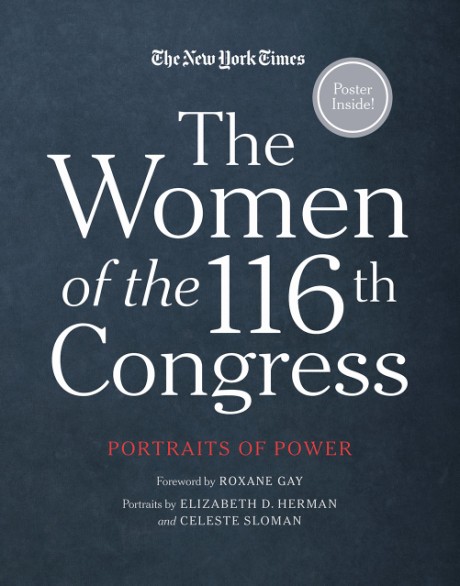 The Women of the 116th Congress

By The New York Times
Foreword by Roxane Gay

A celebration of the history-making women of the 116th Congress, who stand as a testament to what power looks and sounds like in 2019

The first woman Speaker of the House. The first female combat veteran. The first Native American women. The first Muslim women. The first openly gay member of the Senate. These are just some of the remarkable firsts represented by the women of the 116th Congress, the most diverse and inclusive in American history.

Just over a century ago, Jeannette Rankin of Montana won a seat in the House of Representatives, becoming the first woman ever elected to federal office. In 1917, 128 years after the first United States Congress convened, she was sworn into its 65th session.

One hundred and two years later, one has become 131—the number of women serving in both chambers of the 116th Congress as of 2019.

For most of recorded American history, political power has looked a certain way. But the 2018 midterm elections brought a seismic change. This book, a collaboration between New York Times photo editors Beth Flynn and and Marisa Schwartz Taylor and photographers Elizabeth D. Herman and Celeste Sloman, documents the women of the 116th Congress, photographed in the style of historical portrait paintings commonly seen in the halls of power to highlight the stark difference between how we’ve historically viewed governance and how it has evolved.

The Women of the 116th Congress features an illustrated timeline and list of firsts for women in Congress as well as "Her Vote, Her Voice" sections throughout that highlight historical moments in female politics. To provide more context around the origin of the photography, there is also an "Inside the Times" piece about how this project came about and was then turned into a book. Opening with an extended introduction and foreword by writer Roxane Gay and concluding with a removable poster featuring the congresswomen's portraits, this book profoundly captures the importance of this moment in history and will be a keepsake for years to come.

The Women of the 116th Congress is a testament to what representation in the United States looks and sounds like in 2019—and the possibilities of what it may look like in the years to come.

“This hardcover book captures the scale of these collective women’s achievement, and it puts a feminine face on power.”
The Associated Press —