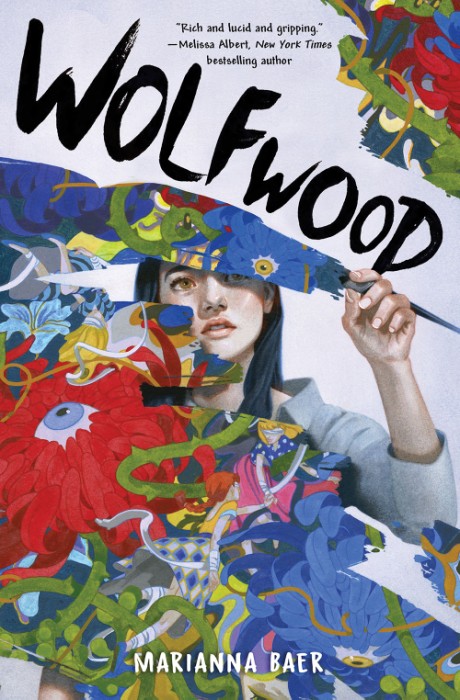 A teenage girl begins secretly forging paintings, plunging her into a dark and dangerous imaginary world

Indigo and her mother, once-famous artist Zoe Serra, have barely been scraping by since her mom's breakdown. When a gallery offers Zoe a revival show for her unfinished blockbuster series, Wolfwood, Indigo knows it's a crucial chance to finally regain stability. Zoe, however, mysteriously refuses. Desperate not to lose the opportunity, Indigo secretly takes up the brush herself.

It turns out, there might be a very good reason her mother wants nothing to do with Wolfwood.

Painting submerges Indigo into Wolfwood itself—a dangerous jungle where an army of grotesque, monstrous flora are in a violent battle with a band of girls. As Indigo enters Wolfwood again and again, the line between fantasy and reality blurs. It's a tenuous balancing act: keeping her forgery secret and her mind lucid, all while fighting her attraction to Kai, the son of the gallery owner.

And by the time Indigo realizes the true nature of the monsters she's up against, it might be too late—and the monsters might just win.

Marianna Baer is the author of The Inconceivable Life of Quinn, which Publishers Weekly called "a delicate, complicated, and engrossing exploration of the collision between real life and the inexplicable" in a starred review. She’s a graduate of Vermont College of Fine Arts with an MFA in Writing for Children and Young Adults. She lives in Brooklyn, New York.